I’m nostalgic about a lot of things. Give me a satellite radio and I’ll tune it to nineties hits. Give me a cottage and I’ll head straight to the basket of vintage People magazines.

But I don’t have any wistfulness for the kitchens of my youth, with their cramped quarters, poky fridges and sluggish stoves. I dream of open shelving, upholstered banquettes, slam-proof drawers. I’ve drunk the designer-kitchen Kool-Aid: Now I’m waiting for that giant jug to come knock down my non-load-bearing wall to open up the space. When he’s done, I can put him in my new monster fridge.

But here’s the thing: Word is getting out that today’s mega-kitchens may be harmful – not just to your budget, but to your health.

In the quest for sleek, minimalist kitchens with built-in convection microwaves and glass-front wine fridges, designers are inadvertently helping to foster unhealthy habits. It sounds ironic, but as we’re becoming savvier about our kitchen “environments,” they are actually making us fatter. 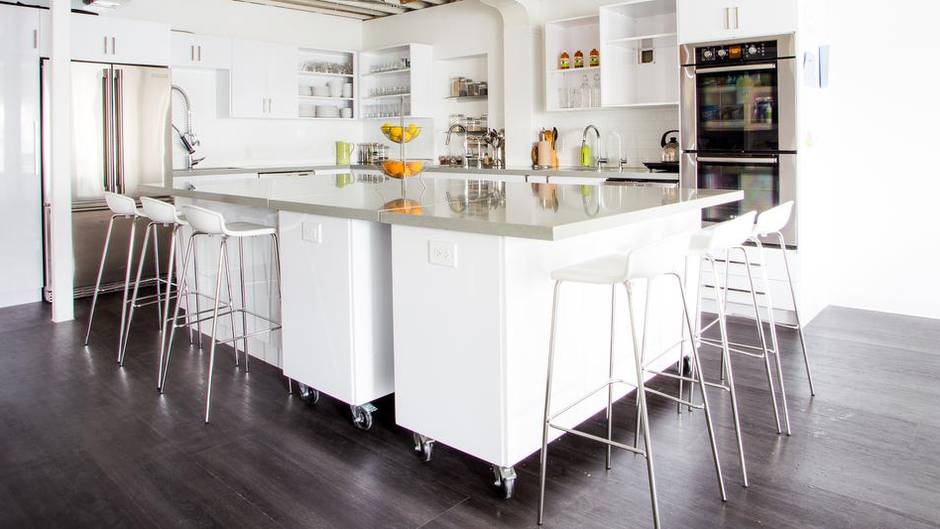 Dr. Brian Wansink, director of the Food and Brand Lab at Cornell University, argues that our eating habits are much more influenced by our surroundings than our appetite, and some modern kitchen comforts are the biggest culprits. Families with comfortable seating and TVs in the kitchen tend to snack more, he told me recently.

In other words, “great rooms” aren’t so great. “The first thing I suggest if you’re giving your kitchen a makeover – make it less loungeable,” he says. “Recent research shows that one of the biggest determinants of low BMI in children is sitting at a table with the TV off.”

Wansink became an instant celebrity in health circles last fall when he published his latest book, Slim by Design, making the network morning-show rounds decrying giant fridges and transparent Tupperware (people who display cereal in countertop canisters are likely to be 21 pounds heavier than those who don’t, he wrote).

But the design community can learn from his good sense – it’s not surprising that people who use microwaves often cook more processed foods, and not revolutionary to suggest putting the appliance outside of the kitchen. “Invest in a slender fridge with the freezer on the bottom and the crisper right in your face,” Wansink continues. Don’t hide all the healthy bits that don’t require refrigeration: Keep fruit in a bowl in plain view.

Wansink’s tough love takes aim at some of the universal trends of kitchen design, such as the oft-photographed open-concept. His recipe for smart kitchen design embraces the traditional pantry – however small, however distant from the kitchen proper. “Ours is 20 feet [six metres] away from the kitchen. We don’t typically graze through it looking for something to eat.” Even small spaces can accommodate a pantry, he says, whether in the basement or a converted closet. 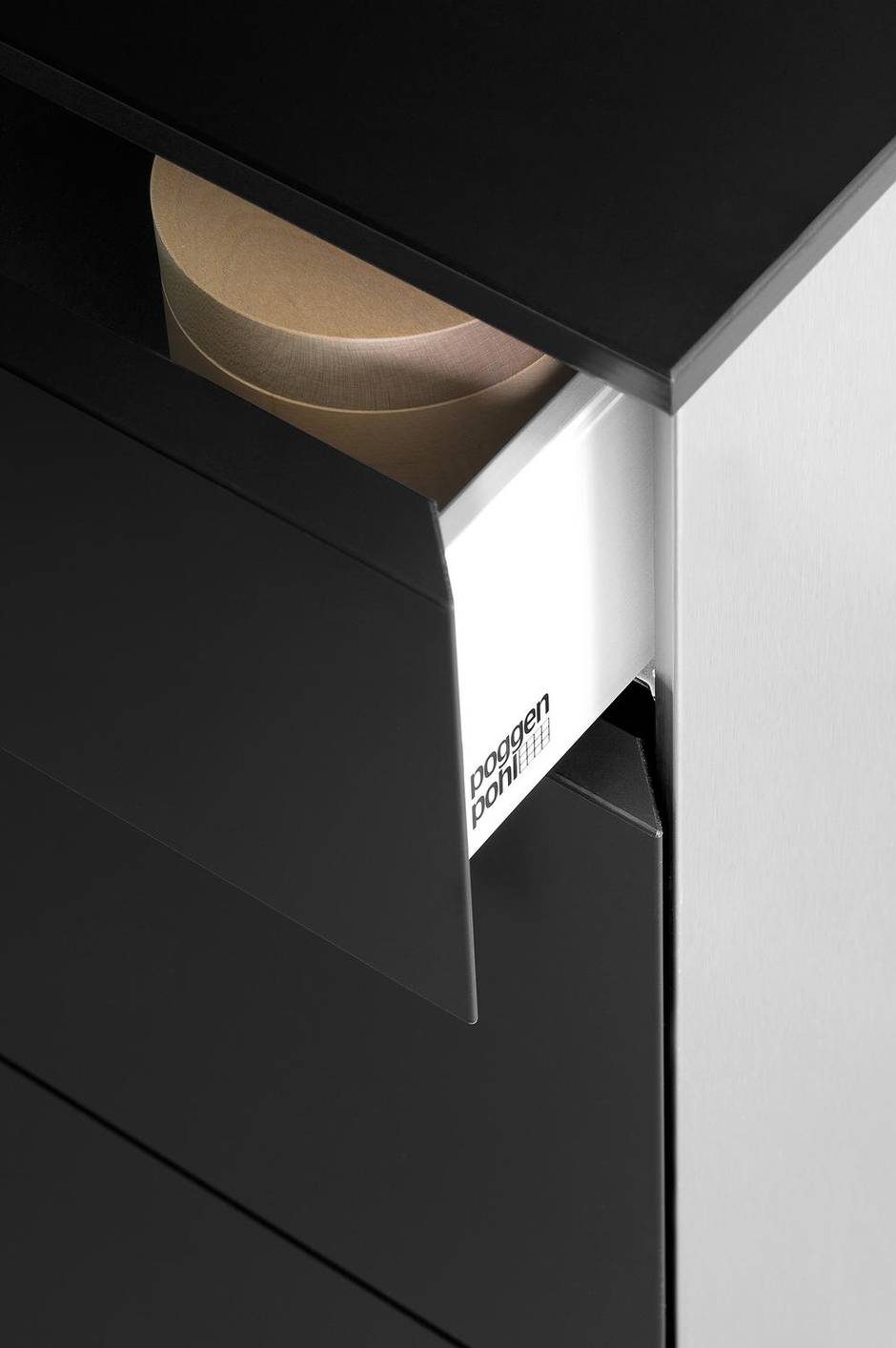 Lloyd Alter is positively evangelical about the old-fashioned pantry and root cellar. Alter, the managing editor of TreeHugger magazine and a sustainable-design professor at Toronto’s Ryerson University, eats what he calls a “19th-century Ontario” diet, gorging on turnips, rutabaga and parsnips in winter and spending his summers canning. Yet during his spring clean, he says, he invariably clears out expired bags and jars from the backs of cupboards he hadn’t remembered were there. “What’s important if you’re going to live this healthy, local diet is storage,” he says. “If your healthier food is in a more visible location than in a cupboard where grains get pushed to the back, you’ll be able to get at things.”

The healthiest kitchens occupy the sweet spot between “too inconvenient to cook wisely” and “too convenient to slouch around bags of microwave popcorn.” Alter suggests low, deep drawers, so you can see all your food from above; and high-arced faucets that make room for stockpots and encourage big-batch cooking.

At the higher end are European companies such as Poggenpohl and Bulthaup. Sure, they roll out the occasional wine fridge, but they also popularize some of the healthier trends in kitchen design. “Appliances like steam combi ovens and teppanyaki grill modules are important aids in designing for health-conscious people,” says Rosemary Porto, a Boston-based designer at Poggenpohl. “We’ve recently done kitchens for couples who like to cook healthier using these products.”

The Porsche of kitchens, says Porto, is, aptly enough, Poggenpohl’s new collaboration with Porsche Design Studio, designed with ample prep counters, induction cooktops (no fumes!), pull-out pantries and minimalist seating that’s focused on eating and nothing else. The makers can even hook you up with a “dining desk” for six that splits open at the push of a button to reveal a teppanyaki grill, tableware storage and removable trolleys.

Healthy-living advocates like Alter say that’s taking things a step too far, however.

“Half the space in show kitchens is never used,” he says, arguing you can do more with much less – from the size of your plates to the breadth of your fridge. 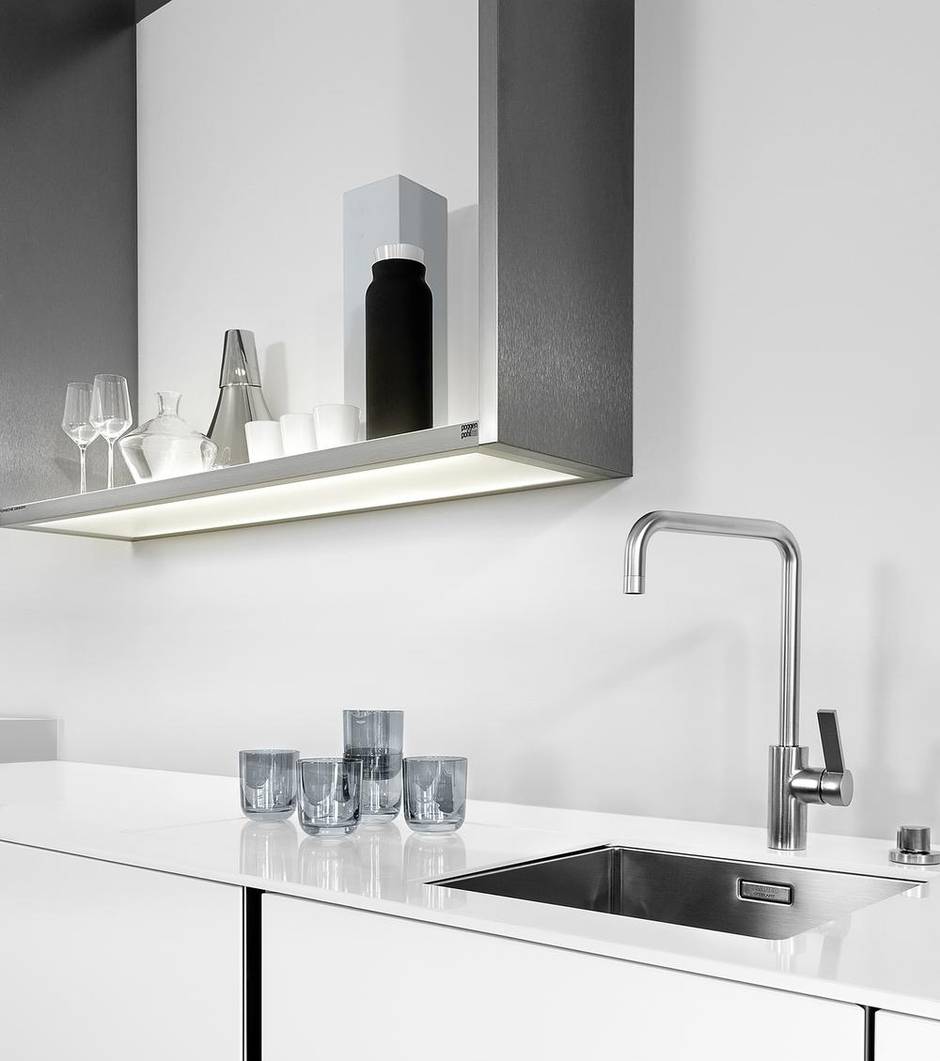 “In Europe you have what is essentially a bar fridge. You go shopping every day at the local greengrocer. You tend to eat fresher, healthier food, and that’s a function of design.”

There is a larger issue here, of course, in that most Canadian cities aren’t built to facilitate a daily run to the market by cargo bike. We’re not going to redesign our urban fabric in a single meeting, so I steer Alter to a more digestible topic: the dreaded breakfast room.

“Nobody eats in the dining room any more,” he rails. “I’ve had a lifelong war against the breakfast room. I think it creates a real problem for health. I have a separate dining room and it means sitting down to eat is a conscious decision. The family has meals together, no grazing.”

Some of the popular options in contemporary kitchens might even be aggressively unhealthy. Finding the right range hood for the size of your range will ensure you’re not inhaling emissions from your stove, but the wrong one could go too far. Robert Bean, a Calgary-based indoor-climate consultant, isn’t a fan of monster range hoods. “They suck in the fumes, then whatever other particulate matter is lurking, then the bad outdoor stuff through cracks around your house.”

The challenge with island burners, says Bean, is that for the hood to capture all the cooking pollutants, it has to be low and wide – wider than the stovetop itself, which for a Wolf stove could easily be more than a metre. 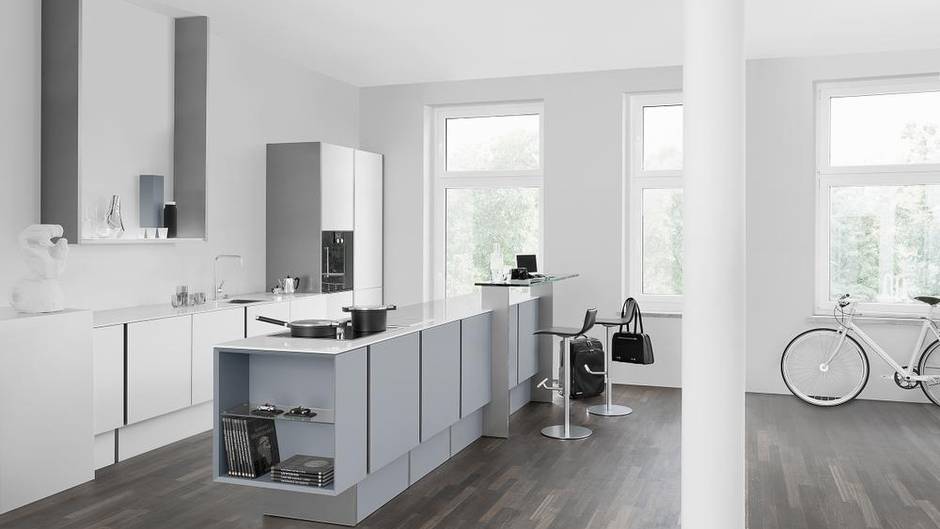 “It’s like a man with a tool,” says Bean. “People want the biggest and best. If you like being in the kitchen, commercial-sized equipment does something for the ego.”

For easy prep, Marni Wasserman, a Toronto chef and “health strategist,” says the definitive work surface is easy-to-clean engineered quartz such as Caesarstone – as opposed to granite, which is porous and difficult to work on. She keeps them well lit with dedicated lighting. And she opts for a hardwood floor: easier on the feet than tile.

She also uses a set of portable induction burners, which she pushes to the side when she’s using her surfaces for prep. “They’re supersafe and maximize surface area so there’s no stove sitting in the middle of your countertop, making it a chore to chop.”

To see her glossy, cover girl of a kitchen, it’s clear Wasserman disagrees that “slim design” requires a total break from current beauty ideals. Like many contemporary designers, she advocates for a clean, white, uncluttered look with stainless-steel appliances and open shelving. It’s simple, she says. “If your kitchen is inspiring, you’re going to want to cook healthy meals in it.” 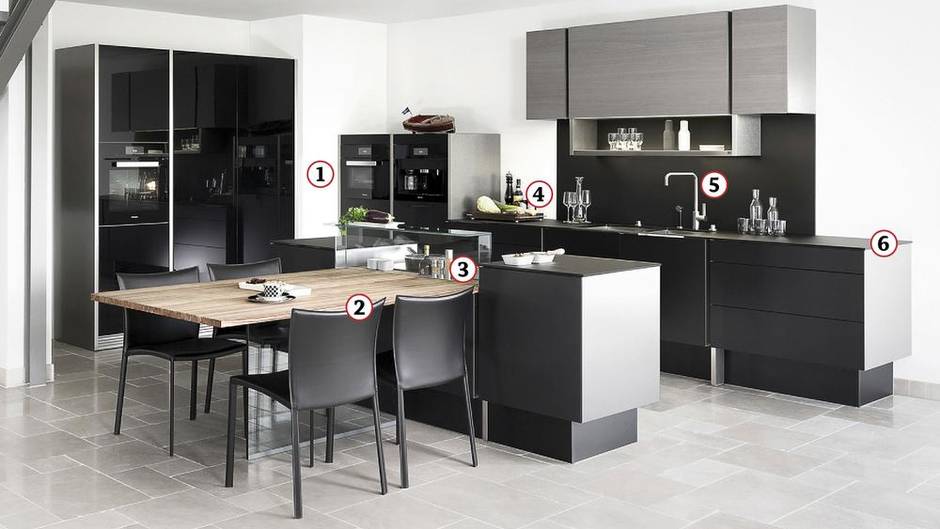 1. Want to discourage having processed food for dinner? Place your microwave off to the side.

3. Finding the right range hood for the size of your range will ensure you’re not inhaling emissions from your stove.