Torontonians like to think of their town as a city of good neighbourhoods, and, to a large extent, the picture is accurate. But no residential district can afford to take goodness for granted.

Urban history is instructive on this point. Almost overnight at the start of Hogtown’s 20th century, for example, the inner city’s poshly well-off east side turned into skid row. The Annex, laid out in the Victorian era as a comfortable streetcar suburb on the edge of the University of Toronto’s St. George campus, became a student-housing dump a generation after its handsome brick homes were built.

Such slips and slides are easily forgotten in high-rolling times. Local real-estate booms, as with Toronto’s, seem capable of lulling many into the belief that good architecture, good services and the elusive quality known as “good atmosphere” are all a neighbourhood needs to be successful forever. 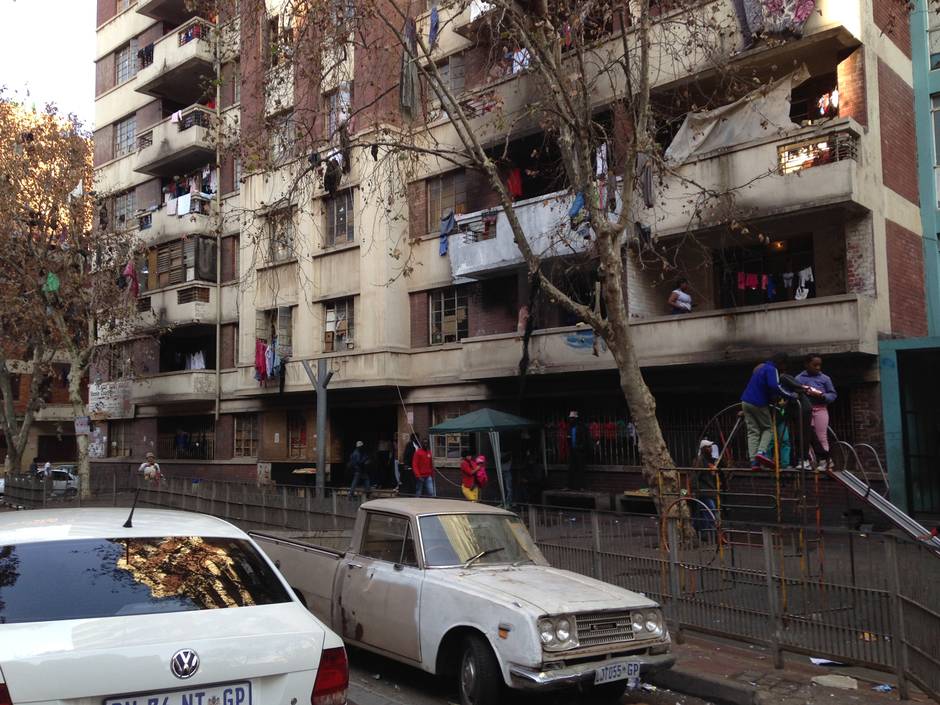 Josie Adler knows better. Over the 71 years of her life, this South African community organizer has watched Johannesburg’s Hillbrow area change from an affluent, cosmopolitan zone with bookstores and sociable street life into one of the most feared metropolitan wastelands in the world.

But Ms. Adler has not watched from the sidelines. For more than a decade, she has spearheaded projects in Hillbrow directed toward helping it become a “good neighbourhood” in the most comprehensive sense – clean and decent-looking and safe, but also governed by savvy public policies and activated by grassroots concern and care for the life of the place.

Toronto needs to hear more about this kind of citizenship. We will get a good chance to do so at the Daniels Spectrum (585 Dundas St. E.) on Tuesday evening , when CBC journalist Mary Wiens moderates a conversation about “positive neighbourhood and community transformation” between Ms. Adler and Frank Lewinberg, an architect with the Toronto-based international planning firm Urban Strategies. 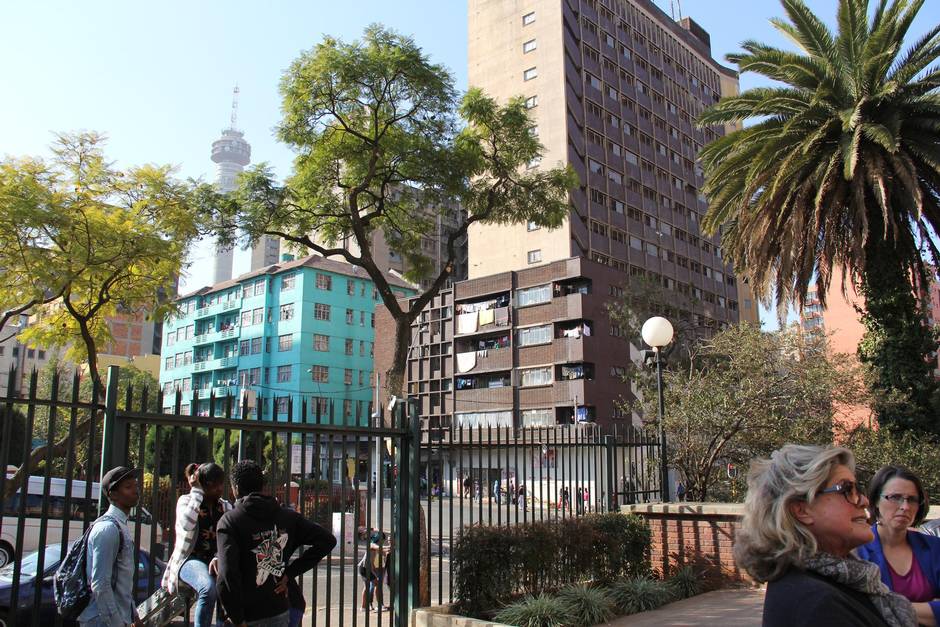 The event is a fundraiser for Rooftops Canada, a non-profit development program active in Africa and a sponsor of Ms. Adler’s current work among Hillbrow’s numerous high-rise apartment blocks: the rescue of parks and other shared spots from neglect and abuse, and the encouragement of what she called “a culture of using public space.” Eleven parks are “possible,” she said, and seven “will happen.” Financing comes from the city, non-profit agencies and the eKhaya (“at home” in Zulu) Neighbourhood Association, an alliance of residents and the owners and managers of residential high-rises.

The parks project is tough – but, listening to tales of her labours in Hillbrow, you get the impression that tough is how she likes things to be. While soccer is wildly popular in South Africa, for instance, the “beautiful game” is not Ms. Adler’s favourite sport. It’s rugby, which requires, she said, “the leadership and management of a war game.” She described herself as a “hard-nosed optimist – not a mobilizer, but an organizer.” 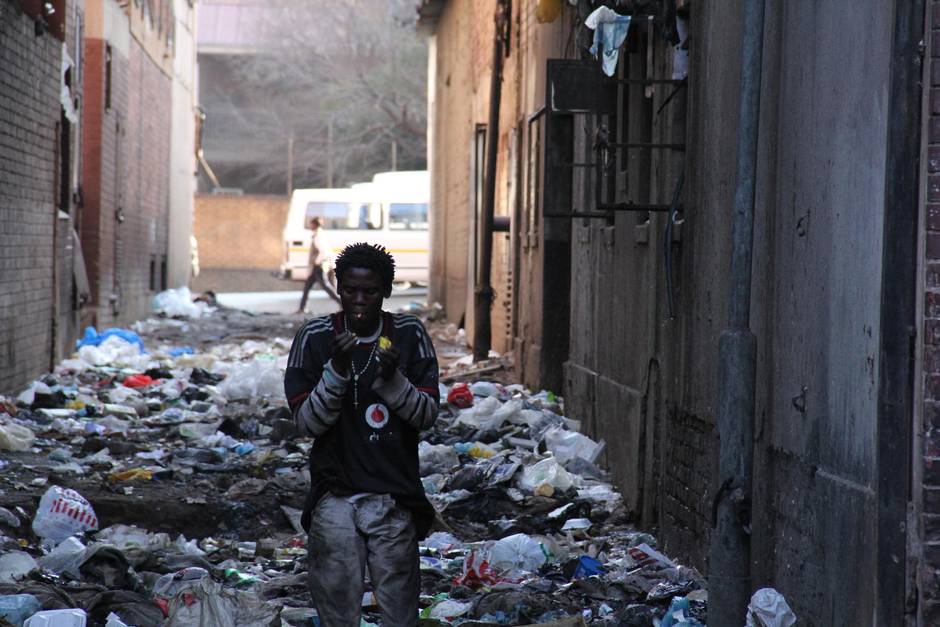 Johannesburg's Hillbrow neighbourhood before efforts to revive it. (Rooftops Canada)

Ms. Adler earned her spurs in Hillbrow during the 2000s, when she co-ordinated a massive clean-up of streets and lane ways and a forceful policing effort on behalf of eKhaya. According to a report posted by the city of Johannesburg on its official website, the campaign cleared garbage from thoroughfares, created safe areas in what had been no-go zones, and curbed the vandalism and mayhem that had traditionally erupted during holidays.

Making a success of the earlier project involved, she said, “patience, process, acting on winnable issues, securing leadership.” It meant garnering support from the city and from the high-rise managers, and “showing that [in Hillbrow] one can engage people in a venture that can build a neighbourhood to serve the businesses and people who live there.” The same ingredients are going into the mix that is fuelling the parks initiative.

If the construction of a secure, stable community on the social and economic ruins of once-stylish Hillbrow has begun, the area is still beset by problems. Drug-dealing and prostitution abound. The management of some apartment buildings has been seized by violent gangs. 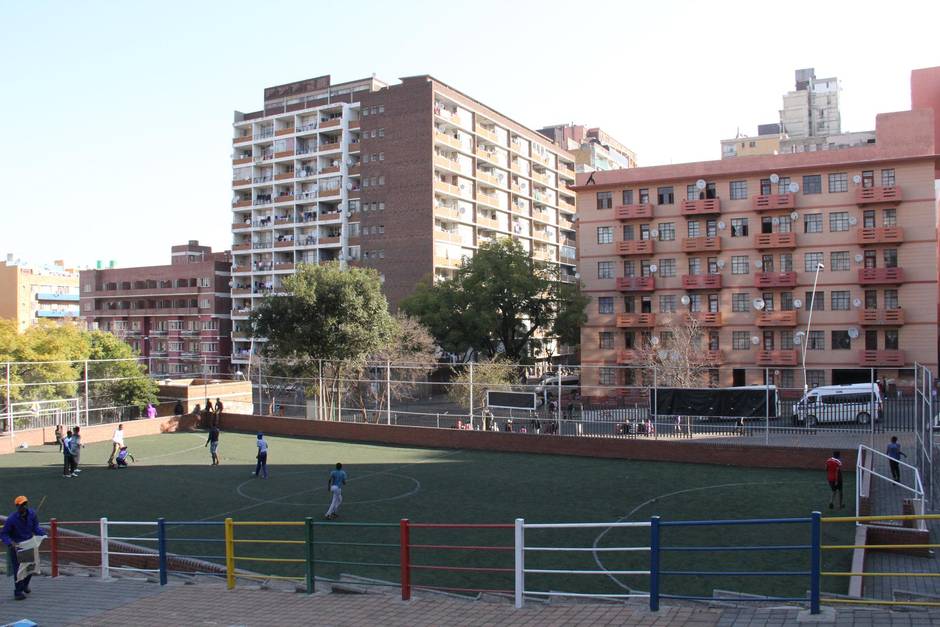 A park in Johannesburg's Hillbrow neighbourhood, where a construction of a more stable neighbourhood has begun. (Rooftops Canada)

But at least when it comes to parks, Ms. Adler said, Hillbrow is making progress – although “block by block, paving stone by paving stone.”

“It’s about getting to know people individually, how you work together. I loathe that word ‘empowered’. Place-making is about agency and co-operation.” 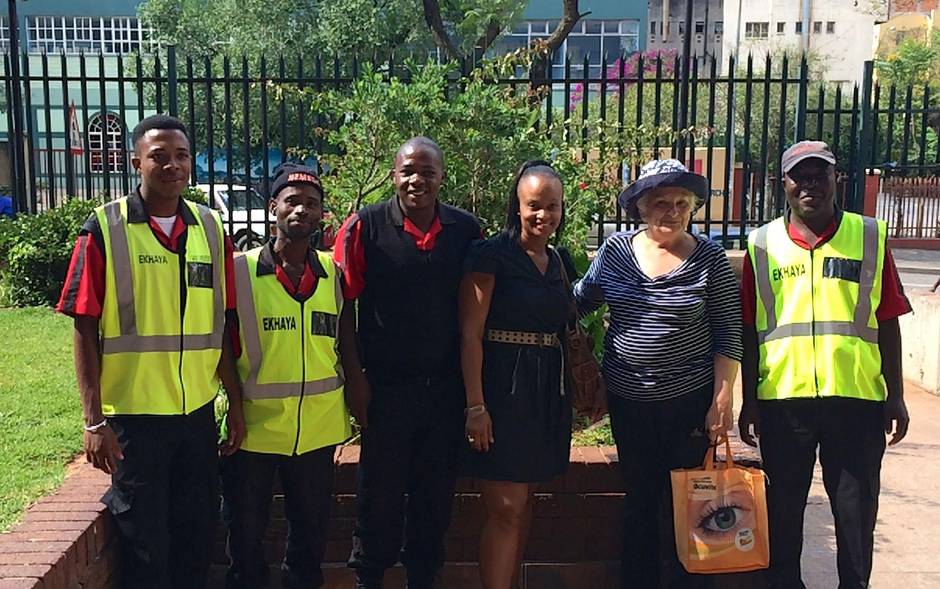 Some Toronto neighbourhoods are rougher than others, but none seems to be menaced presently by blight of the sort that afflicts Johannesburg’s Hillbrow. As our own history shows, however, surprisingly little disruption is needed to send neighbourhoods into decline. Of course, Toronto is doing generally well right now. Which, to my mind, makes this a good time to learn from Josie Adler and other effective community organizers, and develop a more nuanced and robust understanding of what an urban neighbourhood can and ought to be – before trouble comes our way.