The emergence of LEDs has sent a lot of lighting designers back to the drawing board. This has levelled the playing field for Dana Cannam, the University of Alberta grad who came of age in the postincandescent era and for whom the drawing board is a spiritual home.

For the past five years, Cannam, 34, has alternated woodworking with experimentation in LEDs, the brilliant, energy-efficient light sources that are set to transform the way we create and use light. It's all led to the launch, at the Maison et Objet show in Paris the first week of September, of his First Light series for the contemporary British woodcrafter Another Country.

The new pendant, floor lamp and desk lamp mark a move into a new era of light-emitting diodes for Another Country. For Cannam, though, it is an endorsement for further experimentation. "I can build a lamp without any wires – by simply using conductive materials," he says. "Eventually, lighting will be used not just to light a surface but as a platform for communication – changing colours or shade depending on what it wants to tell you, reacting to your mood, even your health." First Light is merely lighting the way ahead.

Cannam has followed a swift, steady trajectory. While completing a masters in humanitarian design at the Design Academy Eindhoven, in the Netherlands, he began trawling small electronic shops for cheap hardware to bring back to his workshop and "play."

"It was a nice break to get away from theory and get my hands dirty," he said by telephone from his live-work space in Rotterdam, where he settled two years ago.

His first LED lamp came out of a student project. "Initially, it was going to be a fruit holder with a compression fit system," he says, using the technical term for joints that connect tubes or pipes, "but my mentor told me that wouldn't be good enough for a passing grade." The addition of a lighting element helped transform the bowl into the Clamp light, with an adjustable LED arm, striking red cable and Cannam's trademark spare aesthetic. The Clamp was produced by the California lighting manufacturer Pablo and won a prestigious Red Dot Award in 2012.

The First Light brief, by Another Country founder Paul de Zwart, was for a brass lamp with a ceramic shade – a Victorian update that, on paper at least, sounded undesirably kitsch. Instead, Cannam designed "from the ground up."

"I went to the market here in Rotterdam and found some brass objects and old tools, made a mood board and went from there. I looked into different alloys, how the metal bits work, considered how to mount the ceramic shade on the brass frame delicately, experimented with wires and other conductive materials."

Cannam hasn't devoted himself entirely to LED-lighting design – he's earned accolades for his marble and wood All of a Piece tableware and this fall he'll launch Qmod, an open-source website to teach students how to generate and collect alternative energies. Yet LEDs remain a huge source of inspiration.

"I try not to look at trends because they all seem to reflect what's going on around you and it's hard to stay on a creative path," he says. "But once you take away the incandescent bulb, lighting becomes a completely open concept – a blank page."

Editor's note: The Maison et Objet show in Paris takes place the first week of September. Incorrect information appeared in the original version of this article.

More than just a parking spot, garage gets a new purpose
June 25, 2014 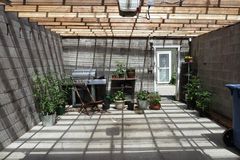 With wings of a dragonfly, a ceiling fan that’s elegant and quiet
June 4, 2014 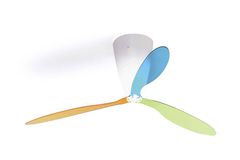 Assemble and wear: Introducing footwear for the DIY crowd
May 21, 2014 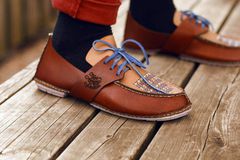 From Italy with Canadian love: A coffee set with European style
May 14, 2014 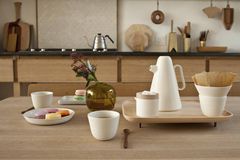