Skip to main content
Adam McDowell
Special to The Globe and Mail
Published May 1, 2015

At Old Faithful Shop, every object has a story to tell, according to co-founder Walter Manning. For proof, he holds up a key fob made of leather tanned in Chicago and brass fasteners from Germany that prompts an anecdote about its maker, a former architect who quit his job to work with his hands. Crossing the dark hardwood floors to the other side of the store, Manning turns a Japanese tea kettle into a lesson in utility: The stainless steel is thin, so that it feels light even when filled with water, and an elongated spout results in an easy-to-control pour.

This is Old Faithful Shop’s newest outpost, on Toronto’s Queen Street West, which opened its doors in March; the original location was established in Vancouver’s Gastown in 2010. Whether or not its clientele realize it yet, shopping here enlists them in a movement. At Old Faithful Shop, objects earn their spot on the shelf on the basis of ruggedness and quality, not the allure of branding. People come to Old Faithful, Manning says, because “they want to get something a little nicer, something that’s going to last longer.” 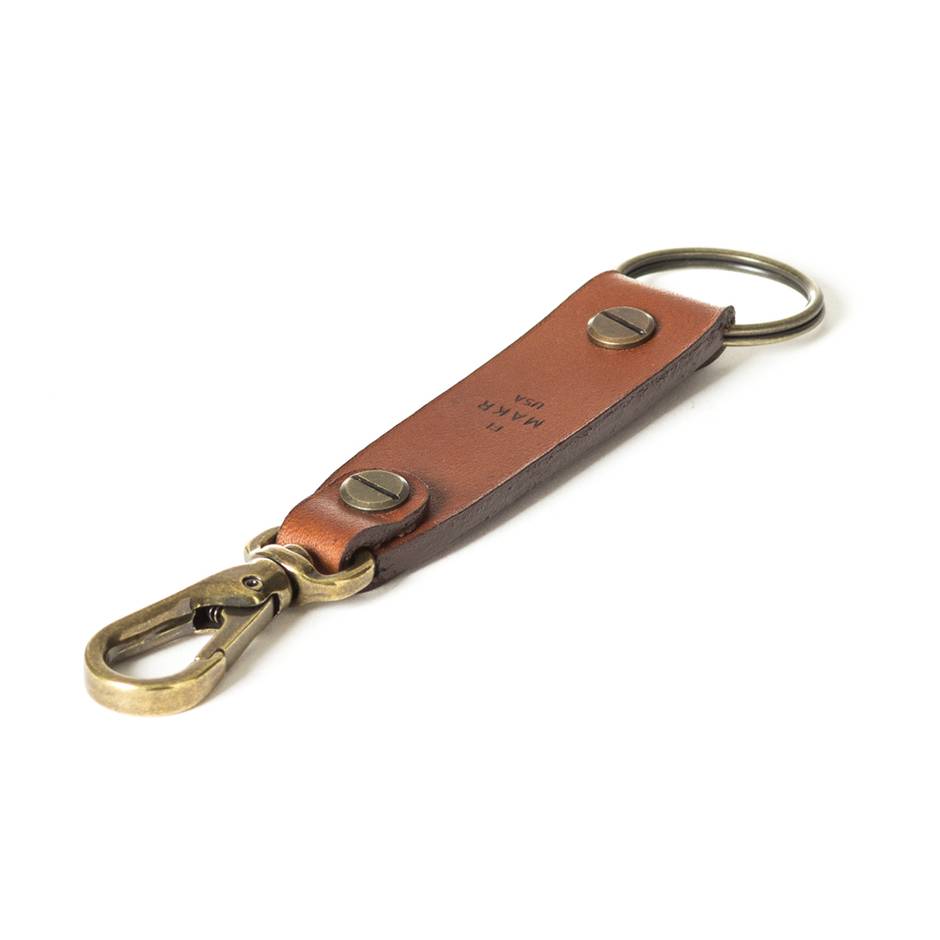 This Horween leather keychain ($62 through www.oldfaithfulshop.com) that fastens to a belt loop for ease of retrieval comes from MAKR, a small company founded by former architect Jason Gregory that produces simple handmade accessories in Winter Park, Fla.

The pitch here, and at the growing number of similar retailers and e-tailers, is that these high-quality handmade everyday goods feel sufficiently well-built to be hand-me-downs from your grandparents. As the thinking goes, why buy $20 kitchen scissors from a well-known brand that are flimsy and destined to break when you can have a beautiful $100 pair that are wellmade enough to outlive you?

These wares, and the retailers who sell them, share characteristics that add up to a tangible ethos. Sven Ehmann, creative director of the publishing house Gestalten, believes the wholesomeness and authenticity-seeking aspects of the Slow Food movement are gradually reaching beyond the pantry and into other realms of consumer life, posing a small but growing challenge to fast fashion and big-box retailing. “There’s been a shift … over the past couple of years from mass-produced, low-priced and quickand– dirty to the opposite,” namely objects that are reliable, well-made, trustworthy and “rather pricey but worth the money,” Ehmann says over the phone from Gestalten’s offices in Berlin. 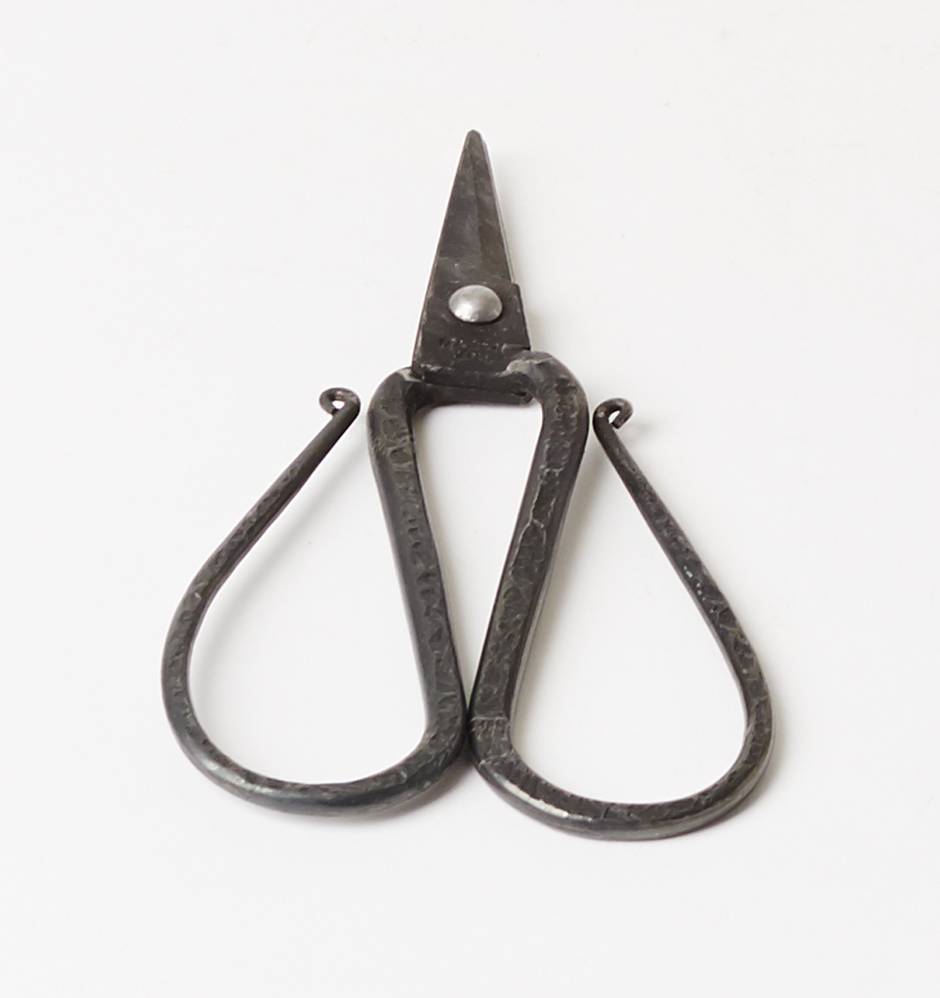 Made in Ono City, Japan, these solid-copper scissors (from $85 through www.mjolk.ca) are hand-forged in the four-generations-old Tajika Haruo ironworks

In response to the trend, last year Gestalten published The Craft and the Makers, an English-language coffee-table book profiling manufacturers from tiny oneperson startups to storied family firms. (The book is available at Old Faithful Shop; the lone Canadian profiled is Ontariobased canoe maker Marc Russell.) What unites the makers, Ehmann says, is “dedication to quality over everything else.” Traditional materials such as iron, bone and canvas are favoured over plastics and aluminum. Time-honoured techniques are prized, sweatshops shunned.

Every trend needs a name, and suggestions for this one include “heirloom– quality products.” Old Faithful Shop sometimes uses the self-consciously clunky slogan “good quality goods.” But for simplicity and utility, the best candidate is “slow goods.”

Accented with solid brass trigger snap clips, this dog leash ($59 through www.kaufmannmercantile. com) is made of hand-spliced marine-grade hemp in a small Brooklyn studio

Followers of this spreading movement trace its origins to Scandinavia and Japan, where cheap mass retailing never did push traditional handicrafts to the brink of extinction. The English-speaking world caught on more recently. Labour and Wait set up shop in a former pub in the hip Shoreditch area of London back in 2000 and continues to sell hefty English-made watering cans and enamelled pie dishes. New York-based online-only retailer Kaufmann Mercantile followed in 2009 with a relatively masculine take on quality gear – including plenty of sharp things (hand drills, folding knives, Champagne sabres) and leather (tool rolls, bicycle saddles, camp stools).

In establishing Old Faithful Shop, Manning and Savannah Olsen (Manning’s partner in business and life, or “partner squared,” as he puts it) were inspired by Manning’s family history. His grandparents on both sides owned general stores in Newfoundland. Manning spent his childhood summers in his paternal grandfather’s store in Cape St. Mary’s, and the reliable service the senior Manning provided to his outport community was the inspiration for Old Faithful Shop’s name, Manning says. The people of Cape St. Mary’s “trusted what he had,” Manning says of the goods his grandfather carried. 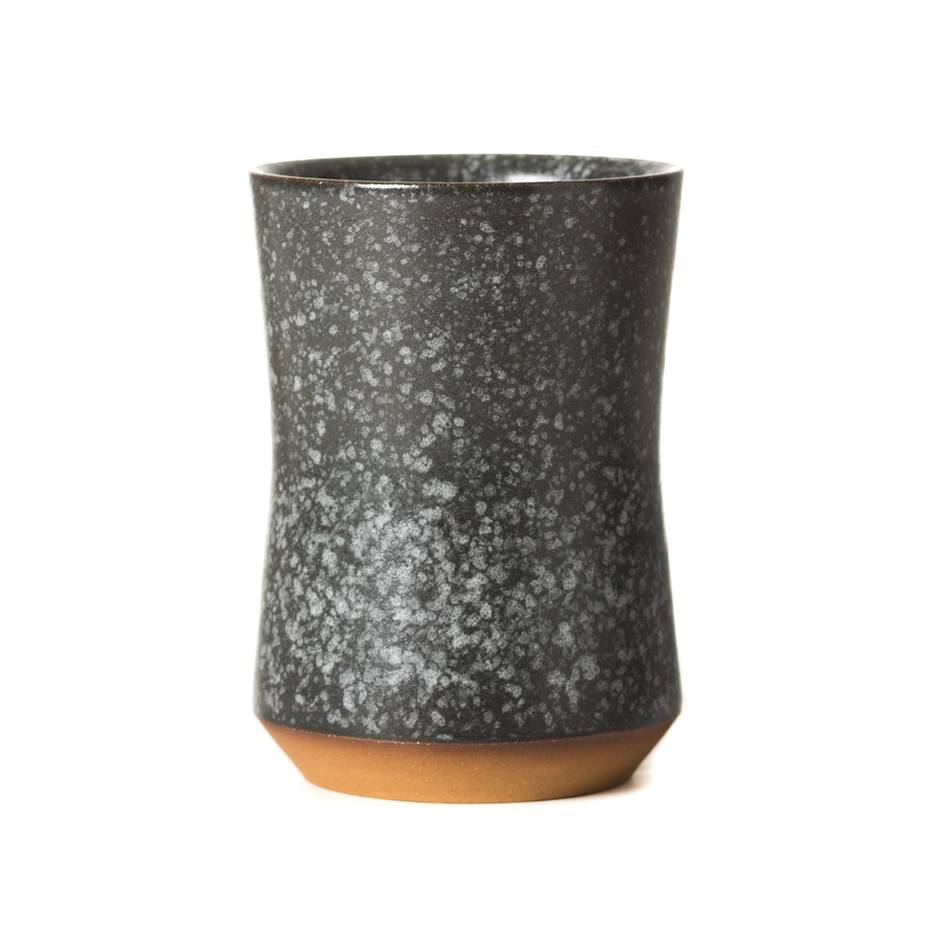 This Large Belted ceramic mug ($50 through www.oldfaithfulshop.com) from Portland, Ore., company Mazama curves to fit the hand, has a tapered base for stacking and comfortably holds a 12-ounce bottle of beer with room for head

This ‘old-fashioned’ expectation of quality is part of what’s driving the slowgoods movement, but aesthetics play a key role, too. Take the wares at Mjölk, the successful shop that opened in Toronto’s Junction neighbourhood in 2009. Named after the Swedish work for milk, its collection offers minimalist beauty for everyday life, delivered in the form of an $850 iron-and-lacquer kettle or a $240 brass tape dispenser that’s heavy as a brick.

The store’s aesthetic is an idiosyncratic blend of two central influences: Most of the furniture comes from Scandinavia while the housewares, such as the kettle and tape dispenser, hail from Japan – though there are a few exceptions, co-owner John Baker notes.

Mjölk’s psychogeography is in keeping with the slow-goods movement’s implicit, but rarely stated, preference for objects that originate in industrialized countries. Kaufmann Mercantile, for example, lets shoppers browse items by place of origin; most dots on the map are in North America, Europe and Japan. 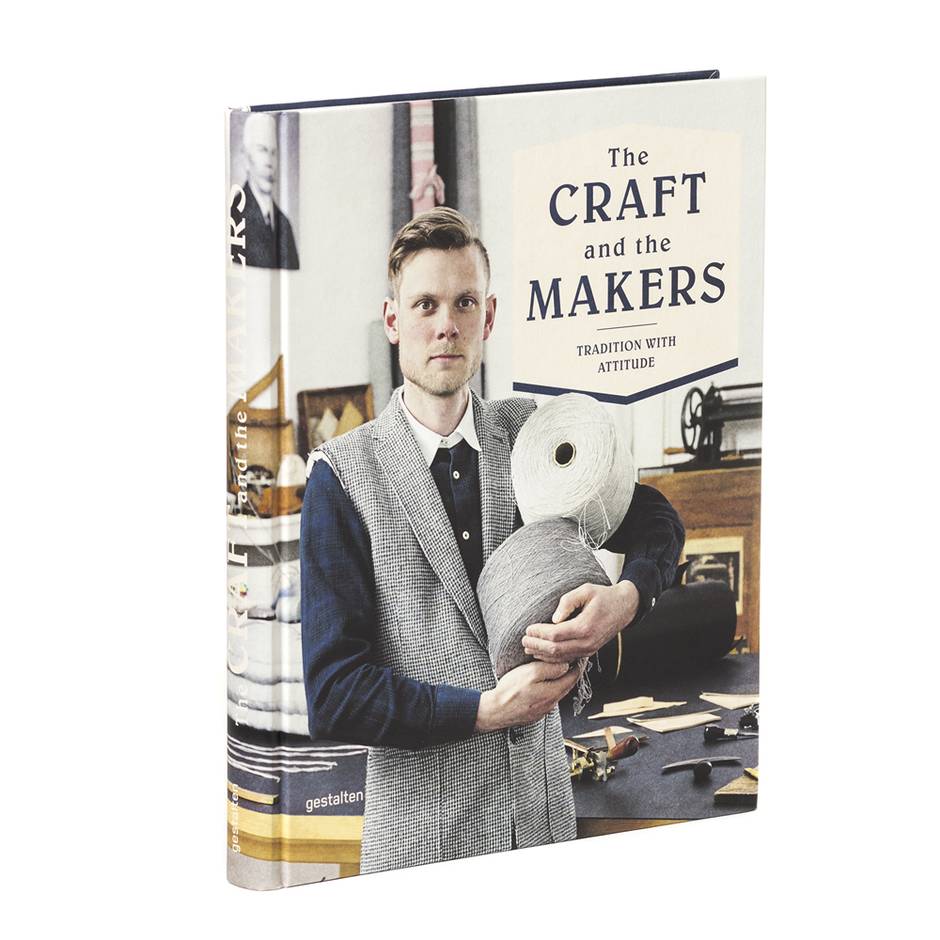 The Craft and the Makers ($65, Gestalten Books through www.oldfaithfulshop.com), the slow-goods movement’s bible, spotlights small enterprises and the people behind them.

Baker says he isn’t motivated by any anti-“Made in China” sentiment – in fact, he’s impressed by traditional craftsmanship there, as well as in India – but he has found quality goods from developing countries difficult to source and import.

That partly explains why slow goods are typically expensive. They are largely handmade by artisans earning a living wage close to consumers’ homes, in many cases (Kaufmann Mercantile includes “production and design” notes for every item it sells on its site, which give shoppers detailed information about each maker’s backstory and studio location, and even lists the provenance of the individual materials used.)

The willingness to splurge on highquality housewares is also about a reverence for “the ritualistic quality of the object,” as Baker puts it. He acknowledges that it’s only worth spending a lot on a well-crafted item – say, a $50 porcelain Oji Masanori tea mug fired in Japan’s 350-year-old Touetsugama kiln as opposed to a mass-produced one – if it “elevates your daily routines.” 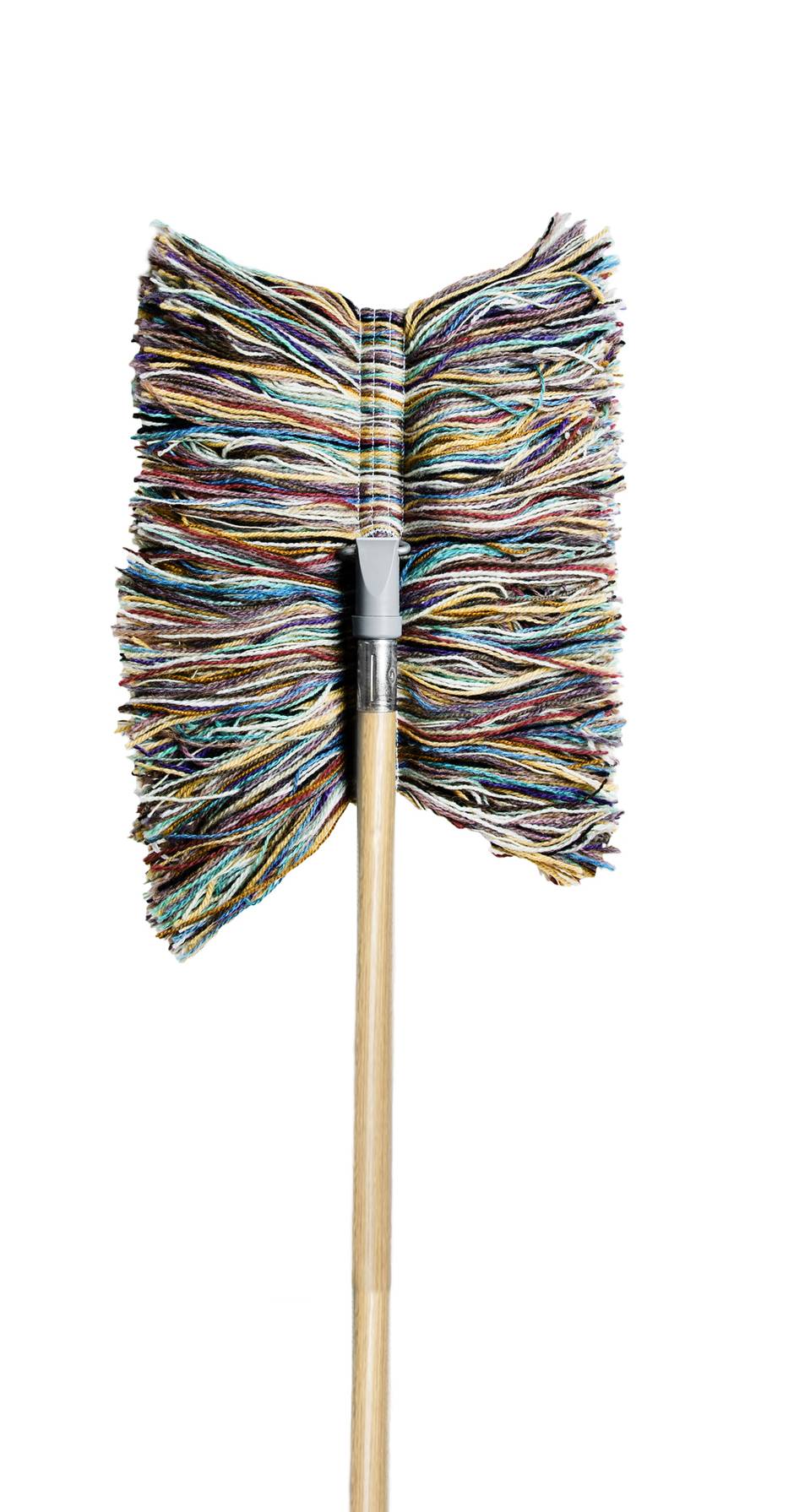 This hand duster ($21 through www. kaufmann-mercantile. com), made by a fourth-generation family business in rural Vermont, is composed of recycled poplar wood and premium-quality wool remnants from a nearby carpet factory.

At Old Faithful Shop, Manning says, customers are motivated by the products’ narratives, and so, like the owners of Kaufmann Mercantile, “we try to [provide] a story for every product, whether who’s making it or where it’s coming from,” he says. No story, no shelf space is the rule. If a shopper stops by and picks up a twine ball or a maple bread board, she’ll likely hear about its backstory from a salesperson – although not to the point of being annoying, Manning hopes.

Compelling stories notwithstanding, no one suggests the average Canadian shopper is prepared to spend $35 on a German-made brush and dustpan. However, these and other slow goods are competitive with housewares that are anonymously mass-manufactured overseas but priced as luxury items on the strength of a famous brand. Manning says the best hope for growth for slowgoods retailers could be consumer attitudes shifting in favour of craftsmanship over logos. Sweatshop-made goods could even become a sign of poor taste.

For their part, the objects themselves promise to stick around for a long time.

They’ll remain useful whether they stay on trend or not.