Sepandar Kamvar doesn't want us to see urban space around us in a whole new light so much as he wants us to see the light that's already all around us. At a recent lunch near the Massachusetts Institute of Technology's Media Lab, where he is director of the social-computing group, Kamvar and his colleagues were stuck at an outdoor table in the shadow of two large buildings. "It was not like the shade of a tree, which is nice," says Kamvar. "It was just a shadow. It felt like we weren't getting the sun and it felt inorganic."

That notion led the group to a decision to map sunlight in the city – by simulating the shadows cast by buildings – in part as a way to figure out where they should have lunch. That map will join several others the MIT group has already created – of, among others, bicycle crashes in Chicago, Los Angeles, San Francisco and Austin; of the coffee shops in Brooklyn and Portland; and of all the trees in Washington.

All the maps are part of a project, launched earlier this month, called You Are Here, which plans to create 100 maps for 100 cities. At least one new map will be released every day, Kamvar says. The point isn't simply to navigate a city, as it is with traditional maps. Instead, says Kamvar, by seeing cities in these ways, he and his colleagues hope we'll be better able to shape the urban environments in which many people live. This is cartography as social change.

Consider, for example, any of the maps that show where all the bike crashes have occurred in a city in a given year. "You very clearly see what streets could use more bicycle interventions, like protective bike lanes and so on," Kamvar says. A map of all the trees in a city also shows where there are not trees, or where they are sparse, which could help influence decisions to plant saplings. A map of coffee shops could help entrepreneurs locate an under-served neighbourhood most in need of a good cup of joe.

The broad ambition of the project has meant casting a wide net for sources of data. "We use Google APIs [application programming interfaces] quite a bit," says Kamvar. "We also use public data sets wherever we can find them. And a lot of cities are being really good about providing open data to the public, so that's been really helpful."

The full list of 100 cities and their maps is still being decided. Some Canadian centres will "absolutely" be included, Kamvar says, with requests already in from Vancouver and Edmonton.

An experiment in microurbanism, the project is also, like any decent map-making venture, very much concerned with aesthetics. After all, the group figures, the more stylistically pleasing a map is, the more likely you are to look at it. "One of our goals is to make a more beautiful world, and we should practise what we preach," Kamvar says, adding that cartographic beauty will be "one of the things we use as a compass."

How urban scars are being remade into vibrant, vital playgrounds
June 14, 2018 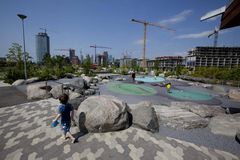 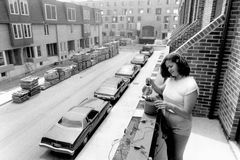 Medellin’s renaissance: What the Colombian city can teach us about urban renewal
May 12, 2018 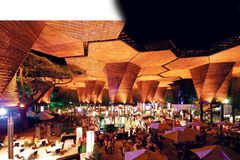