Cubicles are isolating and soul-sucking. Open offices are noisy and distracting. Alex Bozikovic reports on a trend that both extroverts and introverts can get behind 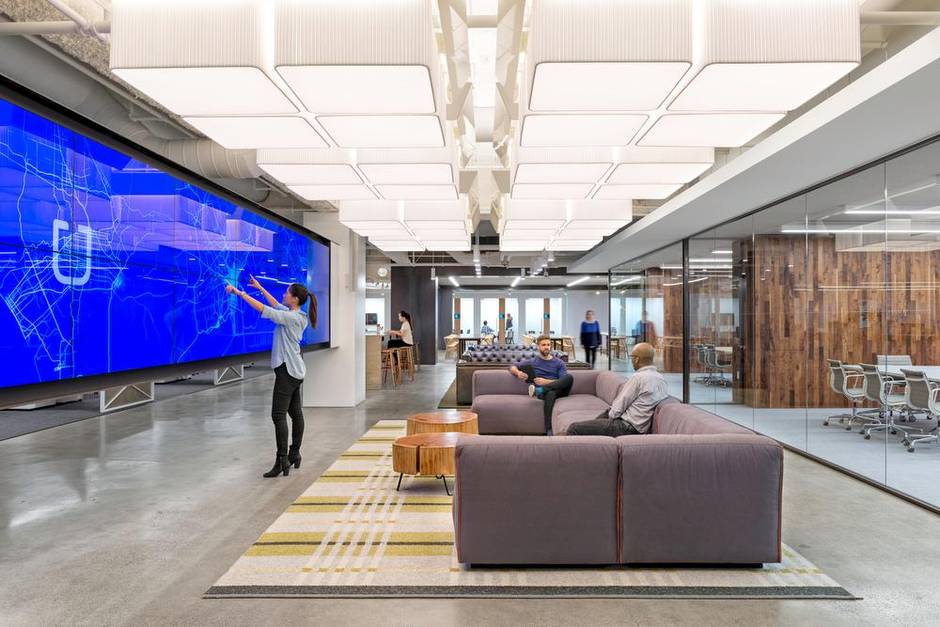 Robert Probst never meant to invent the cubicle. It was the 1960s and a growing class of North Americans were being dubbed as “knowledge workers.” Probst, head of research for furniture manufacturer Herman Miller, thought their desks stifled their thinking. Why should people line up like clerks in a 19th-century counting house? Why clean their desks each day? For that matter, why sit down?

Probst, a restless inventor, was always in motion. In collaboration with the designer George Nelson, he invented the Action Office – a system of furniture that kept workers moving between attractive surfaces, serving the mind by freeing the body.

It was a flop. And the Action Office II, introduced in 1968, had partitions. Employers chose to arrange them at right angles and in straight lines.

That was how a utopian designer’s vision devolved into the world of Dilbert. “The cubiclizing of people in modern corporations is monolithic insanity,” Probst said in the late 1990s, shortly before his death.

In the past 40 years, the basic tension in office design – between collaboration and concentration – has not been resolved. This challenge has never been more important than today, when the labour force is filled with perma-temps, technology allows workers to be fully mobile, and employers are pushing to reduce their real estate footprints.

But not with everyone. Last year, a survey by international architecture firm Gensler found that 53 per cent of American workers were being disturbed when they tried to focus. (I’m with them; I avoid my open-plan newsroom when I’m writing, or retreat behind white noise in my headphones.)

The new design consensus is a middle ground: Every office, it turns out, needs space for collaboration as well as some places to hide.

The technology sector is leading the way. Here, innovation rules and companies are obsessed about managing their internal culture. Denise Cherry, director of design at O+A, a design consulting firm in San Francisco, is among the explorers. The firm has built offices for many tech startups as well as established companies including Facebook. 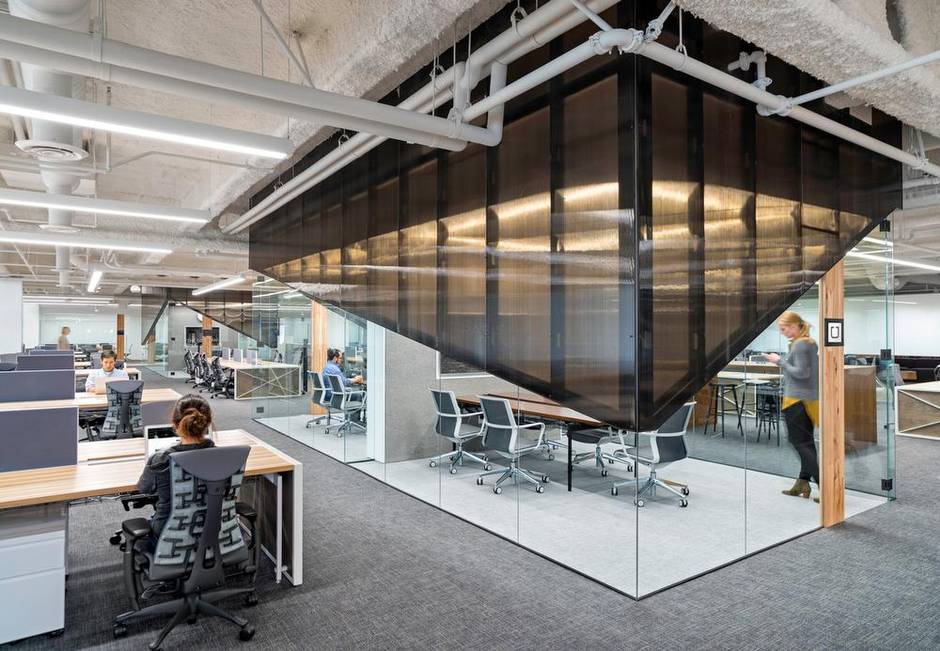 But how the office works is, more fundamentally, in question. The solitary work of software coders and graphic designers has to be balanced with teamwork, in an ever-changing ratio. O+A designed a two-floor office space in San Francisco for Uber “that’s 25,000 square feet of experimentation,” Cherry says. This means testing different units within an open floor.

“Developers usually work in eight- to 10-person teams, so we craft space around them,” she says. These “studios” are fully enclosed, with lounge and conference spaces, even kitchens. “The goal of each studio is to create a small ‘startup’ within a larger organization,” Cherry says, to encourage an entrepreneurial mindset that gets projects done.

At the same time, the Uber office includes “work caves,” upholstered niches where employees can work on solitary projects without closing a door on their colleagues. The goal is to balance space for individual tasks with room for collaboration. “We know there are issues with the open office,” Cherry continues. “Introverts can’t focus the way they need to.” 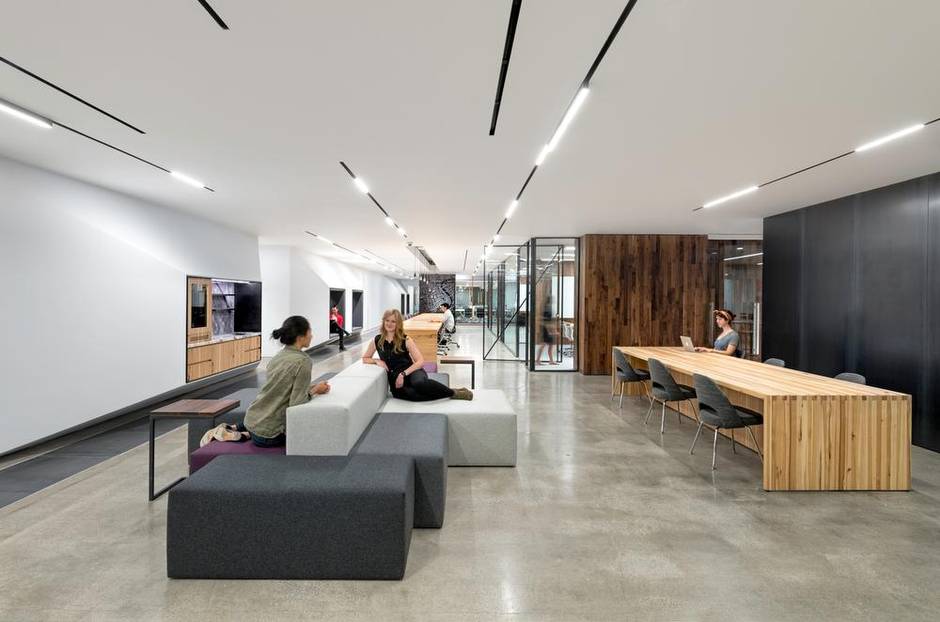 O+A has been around long enough to see workplaces and workplace culture change and change again. In the 1990s, the open office became a given; collaboration was the buzzword.

Steve Jobs, when he was chief executive of Pixar, pushed for its open headquarters to include an atrium space where all employees would have to, at some point, bump into each other. Fifteen years later, that model has been widely adopted. “Very few, if any, of our clients use closed offices,” Cherry says, “because they have an interest in a more democratic or flatly structured company.”

“Much of our design lately has been in experimentation on maintaining the flat structure while providing areas of respite or concentration for all individuals – not just those lucky enough for a private office,” she adds.

That tension is an old one. In his recent book Cubed: A Secret History of the Workplace, cultural critic Nikil Saval traces two centuries’ worth of office culture. His account makes clear that employers have always seen the office as a machine to create hierarchy and control staff.

Is there a perfect synthesis of open and private space? In Toronto, design firm MSDS Studio has just completed a sharp new office for Shopify that pursues that goal. The company, which provides e-commerce infrastructure for small businesses, bridges the physical and digital worlds. Designer Jessica Nakanishi explains that the office is divided into a “market,” including customers’ products, while the back office is designed to evoke a container shipping.

Open office spaces are separated from glassed-in, soundproof meeting areas; for in-between zones, screens of aluminum louvers provide permeable walls of visual and aural privacy. “Those louvers help to break up sight lines and sound,” adds designer Jonathan Sabine. “You can create a hierarchy of privacy in these spaces – when they need privacy, it has to be absolute, and then there are desks. But there’s an in-between.”

MSDS also designed large wheeled “crates,” each of which contains a couch surrounded by sound-buffering textiles. They can be wheeled together “for a few people to talk quietly, not bother other people, and get work done,” Sabine says.

Is this the cubicle of the future? Given the constant shifts in office culture, maybe not, and Cherry doesn’t see that as a big problem. “Our clients understand that if you move fast, things might break.”

Tell that to Robert Probst.