From inside an unprepossessing industrial facility in Vancouver’s Strathcona district, entrepreneur Brad Marchant has figured out how to disrupt the avalanche of food waste produced by modern consumer society, and he has found an unlikely ally in this grand environmental mission: the lowly black fly.

Marchant’s 30-employee firm, Enterra, feeds preconsumer food – waste dough, stale bread, bruised or expired produce etc. – to swarms of flies, which produce protein and fat-rich larvae that turn out to be excellent feedstock for the meal or fertilizer used by fish and livestock farms, as well as grain growers. “Insects are mother nature’s cleanup crew,” he says. “There is no waste.”

It turns out that the “cradle to cradle” ideas underpinning Enterra’s process can be used in the design of many consumer goods in our homes and workplaces. From carpets to countertops, takeout containers to ergonomic office chairs, innovative designers are figuring out how to feed “waste” materials, including their own cast-offs and used products, back into manufacturing processes to, in effect, close a loop.

With every Canadian generating almost a tonne of solid waste each year and municipal recycling rates stalled, firms in this budding “circular economy” – Method, Aveda and Levi Strauss are just a few – are delivering crucial environmental gains by cutting their emissions and water consumption while finding new life in materials that were previously heading for landfill. 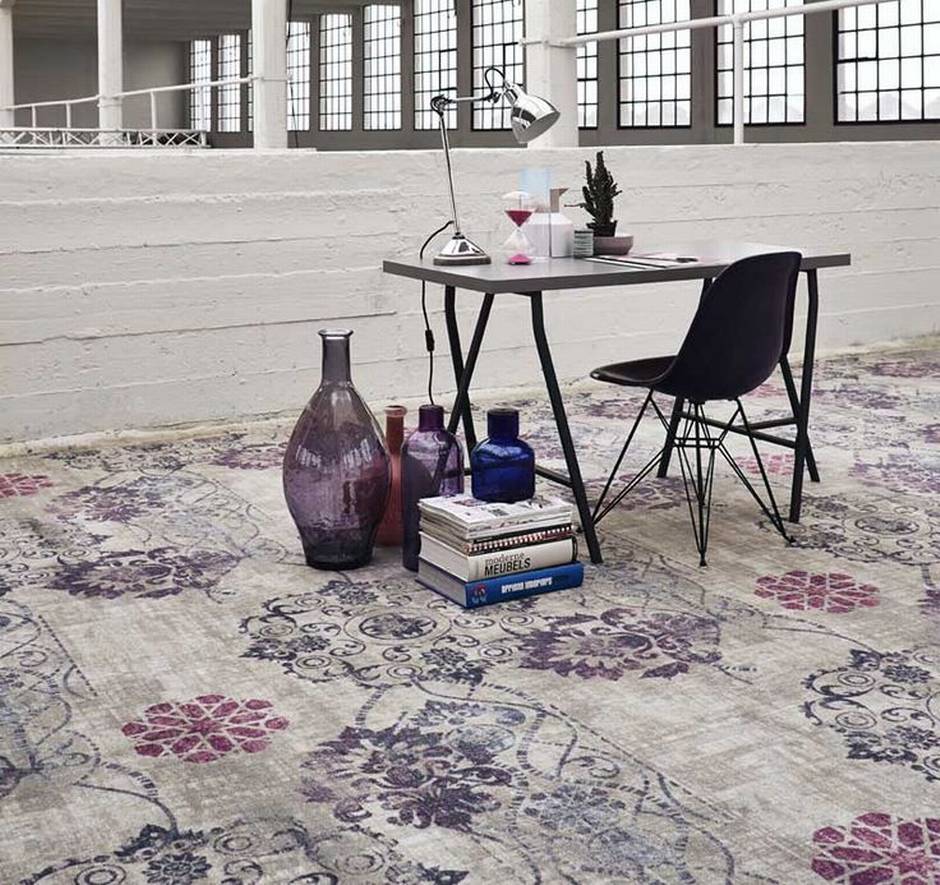 According to case studies compiled by the Britain-based Ellen MacArthur Foundation, which promotes the circular economy, entrepreneurs in a range of sectors are figuring out how to fully refurbish or rebuild everything from old video-game consoles to carpets, using materials once considered garbage. Other circular economy players have launched services that allow users to share surplus equipment, from projectors to company vehicles.

In Enterra’s case, the larvae create a fertilizer known as “frass,” which is trucked to a specialty farm on the Prairies, where it helps grow a sort of grain purchased used by a Vancouver organic bakery that then gives Enterra its stale-dated loaves and dough scraps to reuse as fly food. “We’re making protein and that’s quite a valuable commodity,” says Marchant, whose investors put $20-million into the company, which recently secured approvals from both U.S. and Canadian food-safety regulators. “That’s the perfect example of the circular economy.”

Proponents of this philosophy, which is better known in Europe than North America, say the goal is to push well past the traditional 3Rs by developing design and product engineering techniques meant to ensure that production waste and used items are fed back into the manufacturing process instead of sent to a landfill.

The movement traces to chronic commodities shortages in China and Japan and has spread to Europe, where some governments, including Germany’s, require manufacturers to boost their use of non-virgin materials, says circular-economy expert Sebastian Sauve, an environmental chemist at Polytechnique Montréal.

In London, for example, an upstart firm called Rype Office takes worn-out office furniture, cleans and repairs the components, adds new design elements and sells it back to the customer. “The product can be returned to the original condition with a five-year warranty,” says Greg Lavery, a green buildings expert who launched the company last year.

The pay-off, say entrepreneurs such as Lavery, comes in the form of new jobs and lower-priced goods, as well as reduced pressure on both the environment as well as global resources, from mineral deposits to energy and water.

“It is disruptive because it changes the winners and losers,” adds Sauve, who notes that circular-economy companies may be motivated by environmental principles but tend to save money because they end up paying less for supplies and energy. “The early adopters are going to be winners.”

The potential, in fact, is staggering. A 2014 McKinsey & Co. study cited in Nature estimated that the circular economy could add $2.6-trillion to the European economy alone by 2030, potentially boosting GDP by 3.9 per cent.

In Europe, legislators, together with companies of all sizes, are much further ahead in their thinking about circular systems, for example, creating products with materials and components that are explicitly designed to have a second life. On the food side, France recently passed legislation preventing supermarkets from throwing out edible produce and other foods, a move that forces retailers to find secondary uses.

Beyond a handful of examples such as Enterra, Canada is lagging, both in terms of firms as well as policy.

“Canadians, frankly, are really good at generating waste,” Brodie says. Indeed, a 2013 Conference Board study ranked Canada as 15th of 17 leading industrial nations in terms of solid waste per capita. 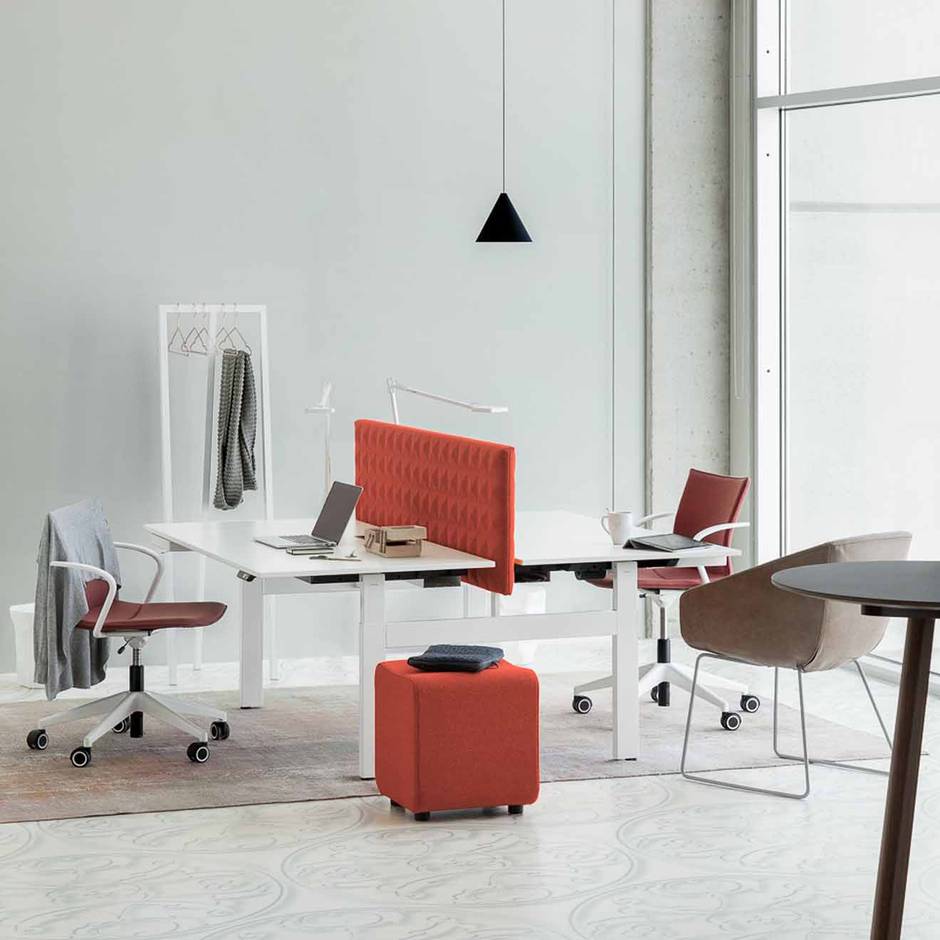 Ahrend designs office furniture with materials that can be recycled endlessly.

The municipal recycling systems that have been in place for well over a generation now divert some material from landfills. But with the exception of scrap metal, cardboard and some types of plastics, that material generally doesn’t end up circulating directly back into the manufacturing systems of the industries that made the original goods.

A 2015 Ontario government discussion paper on building the circular economy says the province’s overall diversion rate – meaning the proportion of waste that doesn’t end up in landfill sites – has stalled at 25 per cent, resulting in higher property taxes and increased emissions related to waste disposal. The report notes that if governments forced producers to bear all the costs of recycling cast-offs, such as e-waste or construction debris, companies would be more innovative about finding a second life for that material.

It’s not just a policy issue, however. The consumer economy remains oriented far more toward disposal rather than recovery or reuse. Product pricing, for example, rarely includes a deposit-return fee, which means consumers have no financial interest in bringing them back to the producer.

Consumers have to be persuaded that products made with reused or repurposed materials are just as good as new ones. And they have to be able to differentiate between products made according to genuine circular economy principles and those that are just finding new ways to greenwash. A San Francisco outfit, Cradle to Cradle Products Innovation Institute, offers third-party certification, but Sauve warns that the group’s evaluation systems are not entirely scientific.

Firms such as Levi Strauss & Co. are trying to overcome both the financial and positioning hurdles. The company has set up recycling bins in a growing number of its stores, and consumers receive a 20-per-cent-off coupon when they bring in an old pair of jeans or shoes. (Recycling bins will arrive in Canadian Levis stores in June.)

Michael Kobori, Levi Strauss’s vice-president of sustainability, says the company ships that material to a German firm called I:CO, which separates out the items that can be repurposed as vintage clothing. With the rest, I:CO takes the cotton-only fibres, regrinds them and ships the thread back to Levi Strauss for use in the production of new clothing. Whatever’s left over is turned into insulation or stuffing for car seats.

According to Kobori, these processes save water because the company uses less virgin cotton, and they also serve to stabilize LS & Co.’s raw materials costs, which can fluctuate sharply depending on the state of global commodities markets.

While consumers may not be familiar with the principles of the circular economy, he adds, “when you explain to them, they get it.”

Other manufacturers, such as Dell, have also moved to intervene in the waste stream, for example by collecting and disassembling old computers and reprocessing some of the discarded plastic into new components.

For several years, Dell acquired reprocessed plastic for its parts production, but not necessarily plastic that came from old computers. “We introduced the closed-loop approach in 2014,” says Dell’s senior manager for environmental affairs, Maureen Martinez, who notes that the re-circulated plastic now accounts for over a third of the material used in 44 Dell desktop models, and has led to an almost 400,000-kilogram reduction in Dell’s carbon emissions. 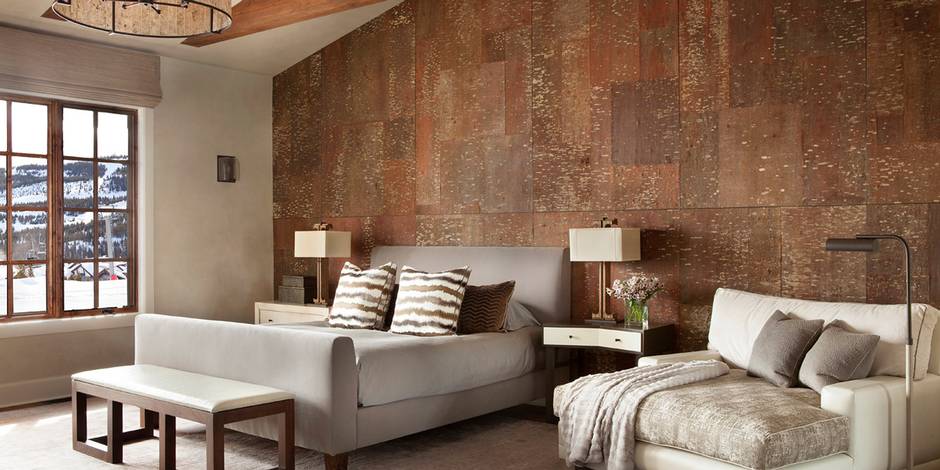 Marchant points out that preconsumer food and agricultural waste, of which there is no shortage, is increasingly seen as a valuable commodity and not just for compost, a low-value product. You may already be eating your take-out food out of it.

Susanna Carson, who runs Besics, a 10-year-old Vancouver compostable packaging firm, uses fibrous pulp left over from sugar-cane processing to produce a fully biodegradable type of food wrapping known as bagesse, which can be used as a substitute for polystyrene and can be put into a green bin. She’s seen demand for such packaging explode in the past few years, with increasing adoption by chains such as A&W. “The potential is real.”

Less clear is whether Canadian policy makers and investors understand the upside. Marchant notes that while all cities produce huge quantities of preconsumer food waste – Enterra now processes only about 5 per cent of the spoiled food generated within Metro Vancouver – the company’s expansion is currently limited by his ability to find private sources of expansion capital.

“It’s a matter of getting back to the foundations of all this … and the huge costs expended by local government [on waste management],” Brodie says, “and the huge impact on the environment.”