Veronika Horlik sounds tired of defending her sculptural practice.The dark ceramic mass in her latest work is meant to evoke charred and burned-out tree stumps after a harvest – drawn from her experience working on reforestation in Canada’s North. Nearby, a bright, four-cornered, clay recreation of the universe hangs on the wall, inspired by a legend of a small prince from a Japanese video game whose mission is to rebuild the stars. The forms work in conjunction as something “to record today’s world,” she says, “as part of a long lineage in a continuum that will go forth for another 20,000 years.”

The Montreal artist was part of a panel discussion hosted by the Gardiner Museum in Toronto on June 16. Horlik is one of five nominees up for the 2015 RBC Emerging Artist People’s Choice Award – a $10,000 prize to be announced in August.

You might think a group of contemporary artists, hand-picked by a professional committee for an exhibition called Reimagining Clay, wouldn’t have to work so hard to justify themselves. Yet over the course of the panel, they’re repeatedly asked: Why ceramics? Why ceramics now?

“This is a question you’d never ask a painter.” 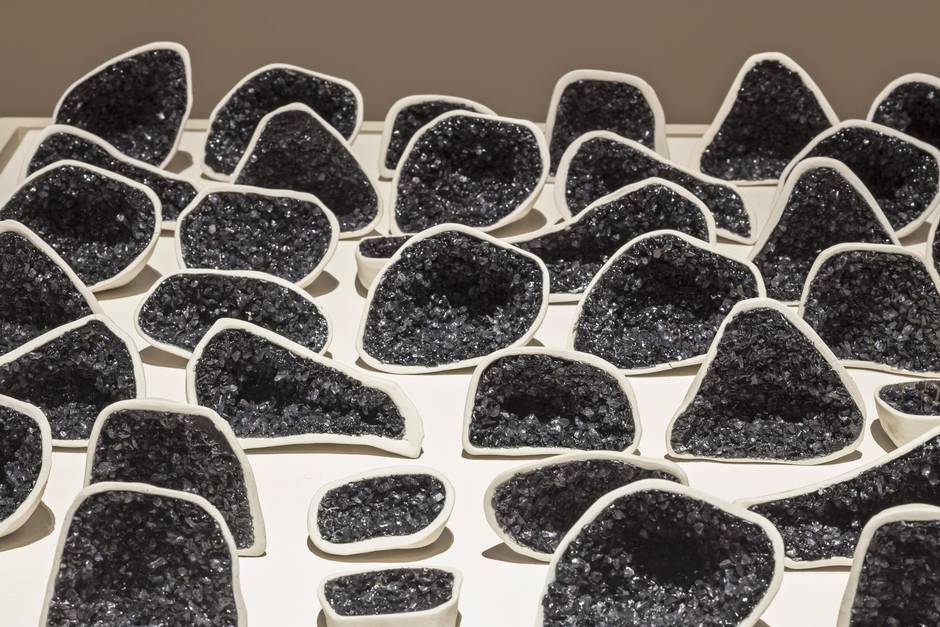 Inspired by museums of natural history, David R. Harper, a Toronto multidisciplinary artist, aims to remind us that the study of past events can be ‘tactile and felt rather than just read.’

Horlik had assumed – especially in a material-specific museum context – that the “art versus craft” debate was good and dead, and that they’d be able to talk about the content of their work instead of what they used to make it. But here we were again, stuck in the mud.

Ceramic work has undoubtedly gained renewed respect in the past five years. Bolstered by the “maker movement” and the resurgence of a handmade approach across media, they feel modern on the dinner table again. Ceramics are also increasingly found on the runway (Australian Kym Ellery’s fall 2015 ready-to-wear collection features minimalist ceramic discs) and in contemporary galleries (the Division Gallery in Toronto broke tradition last year to bring together big names from the avant-garde ceramics scene). And even actress and writer Lena Dunham, the so-called voice of her generation, has tweeted about “the indie ceramics renaissance that is happening NOW.”

This new age of ceramics heralds work that is both informed by and resistant to its functional origins: Artists are increasingly using the medium to convey their message, while clay-throwers are getting playful with shape. Perhaps our latest spin around this wheel finally represents the reconciliation of the “arts and crafts” camps, or at least the advent of a burgeoning market that values the physical hand of an artist. In this tension between form and function, content and material, there’s an opportunity: Contemporary institutions are embracing craft in real ways, while everyday wares have been elevated to objets d’art.

“This conversation still opens up such a big can of worms,” laments Canadian multidisciplinary artist Shary Boyle. Exhibiting widely, Boyle is well known for her performance and installation work, but also for her direct take on the Royal Doulton Collection in 2006, where she shocked the art world with a solo exhibition at the Power Plant in Toronto. 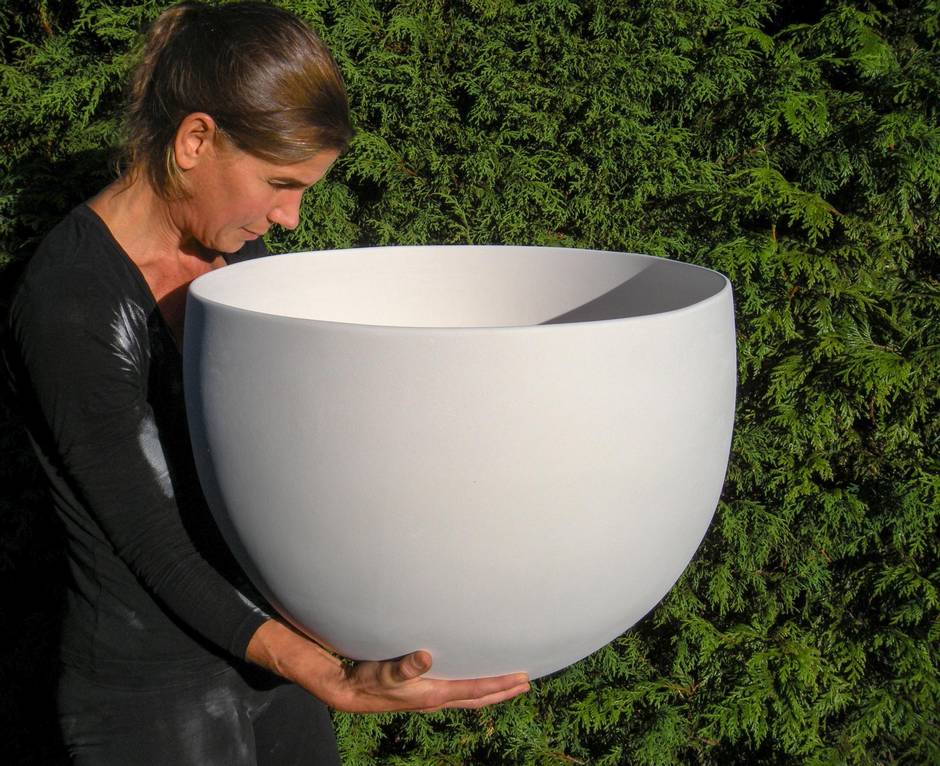 After studying the time-consuming craft of porcelain lace-draping in Europe, Boyle took the delicate, 19th-century technique and created a set of surreal and highly charged figurines that disrupted traditional narratives of class and gender privilege. (Her Lace Figures show featured porcelain women with slit wrists and severed limbs, a two-headed bride, a spider lady crafting a pentagram.) A decade on, Boyle says talking about the arts and crafts divide is something that she’s bored by, and is tired of seeing ceramic artists “shoved into this craft thing, [since] artisans are extraordinary artists in their own right.”

With an ancient history that is both functional and ceremonial, it would be silly to point to the pervasive rise in ceramic practice and call it a trend. An industry dating back to roughly 24,000 BC, this medium is as old as human experimentation with earth, water and fire. But today, its “rediscovery” by a variety of new hands is setting it apart in the art world. “What’s interesting about ceramics as this ‘hot’ medium is that it’s been embraced by a lot of different artists who are not coming from traditional ceramics backgrounds,” says Rachel Gotlieb, adjunct curator of the Gardiner Museum. “Artists are stepping outside of these ghettos.”

Gotlieb believes the resurgence also has something to do with our digital age. “It’s a reaction to and against the computer screen,” she says. “That you can have tangible connection with the materials and object is increasingly important.”

A tactile element is something that RBC Emerging Artist People’s Choice Award nominee Lisa Henriques relates to. Her untitled porcelain works veer toward the functional side, with large vessels characterized by more traditional shapes. “I think it’s about the touch,” she says of what’s behind ceramic art’s latest rise. “We all have a need for that in the world today. There’s a distance from that, although we need it.” 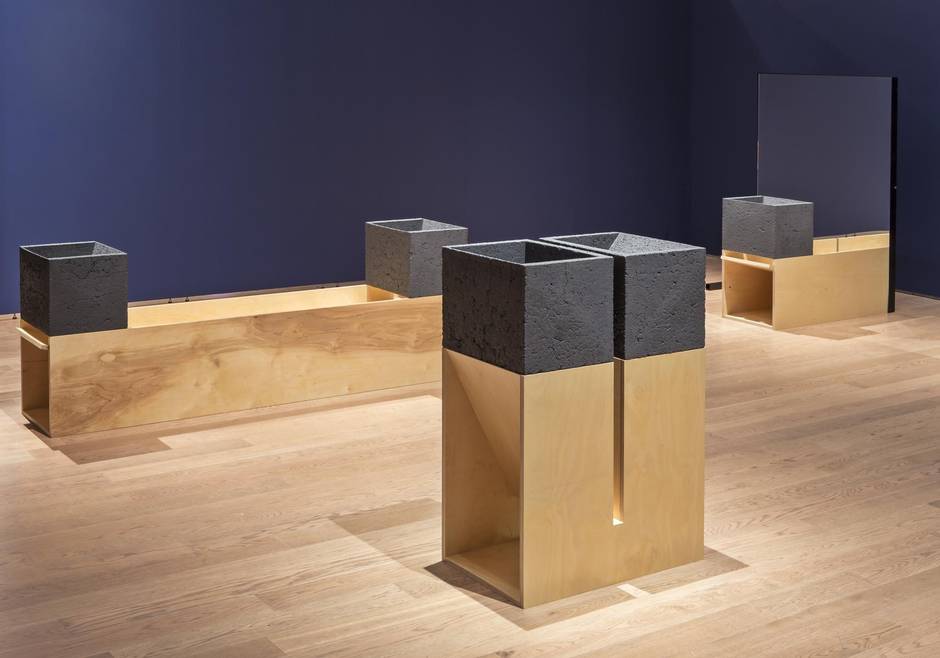 The modern and minimalist lines of the ceramic forms, wood and mirrors in RBC Emerging Artist People’s Choice Award nominee Zane Wilcox’s work belie its earthy elements. Upon closer inspection, the cracks in the dirt reveal themselves, adding a visually rich texture and giving the geometry a grounded materiality. ‘It’s like they could have been buried,’ he says.

Seeing an artist’s hand in an object is something of increasing value for the functional side of this industry, too. This is why a limited-run, Scandinavian-style coffee set will sell for hundreds of dollars. Makers are increasingly creating everyday ceramic items that are not only beautiful and deliver a meaningful experience, but are utilitarian and heritage-quality – built to last.

But the other notable characteristic of today’s ceramic scene is the move toward “sloppy craft” – things intentionally made to look poorly made, and artists that reject the aspirations for perfection.

Montrealers Valérie Descarrega and Camille LeBlanc-Murray, the duo behind the quirky new ceramics line Women on Pots, are a good example of artisans experimenting with this idea. “The beauty of imperfection” and “celebrating human mistakes” is a deliberate aesthetic choice in their pieces of tableware, which are small, wobbly and interesting for that very reason.

More interested in seeing pots “as shapes more than objects that are useful,” they swear by the aesthetic of “unformed” works, turning to pottery as a way to get outside of their creative careers as an interior and graphic designer, respectively.

“Pottery is a way for us to experiment and let loose. It’s more of a playground than a business project or [a work of art],” says Descarrega.

“And there is a visual quality of something handmade that’s missing from industrial things.”

A contemporary variation of “art brut,” perhaps, the sloppy-craft sensibility also discards any requisite skills and training. “Artists can be more irreverent with technique, more spontaneous,” Gotlieb says. “As both an aesthetic and an approach to handle your material, I think it really reflects today’s openness to move from different disciplines.” 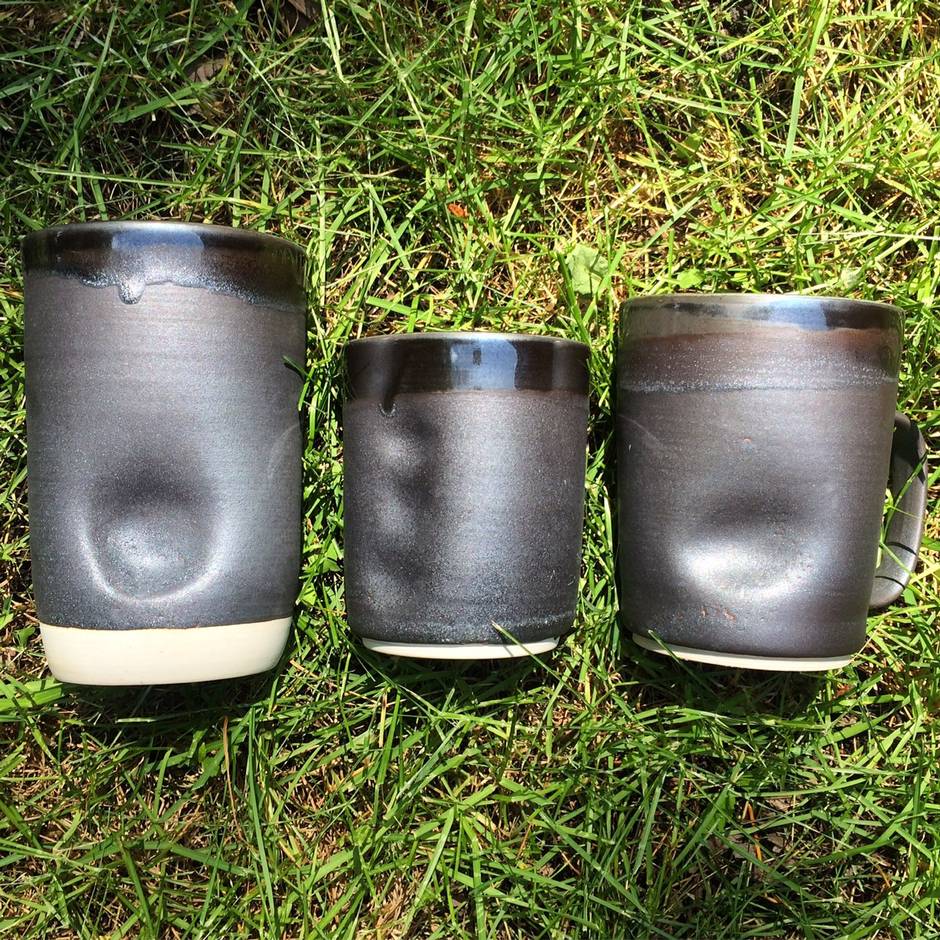 A connection to the process, product and user is the ‘good and necessary shift’ that Winnipeg designers Jenn McCurry and Lynne Mulvihill of mud + stone are seeing in the increased interest in ceramics. From a lump of clay to a finished product, they view this work as part of a ‘slow art’ movement.

Regardless of the venue by which their ceramic work is shown, many of the contemporary makers today simply appreciate that the material can be a very direct route to a finished product.

“The versatility of dirt allows for some pretty phenomenal object-making,” says David R. Harper, another nominee for the RBC Emerging Artist People’s Choice Award. Using ceramics to create piles of bones, skulls and stones, Harper’s work subversively replicates what you might find in a natural-history museum, and his “eccentric fusion of nature and culture” aims to give his objects new histories and meaning.

While Harper doesn’t identify as a “ceramic artist” (a seemingly touchy term among many of these creative types), he does recognize the evolving value of his choice of medium.

“No one likes feeling like they belong on the outside and that they have to defend their material … especially when their material is older than any other material,” he says. “But we do.”