The stuff we buy is as influenced by the countries we love as the country we’re in. Take a #shelfie at home and many will spot something Italian, Swedish, Mexican or Japanese. But Austrian? Ellen Himelfarb discovers some of the best designers coming up today are from unexpected postal codes – and soon to be occupying prime real estate on your mantel 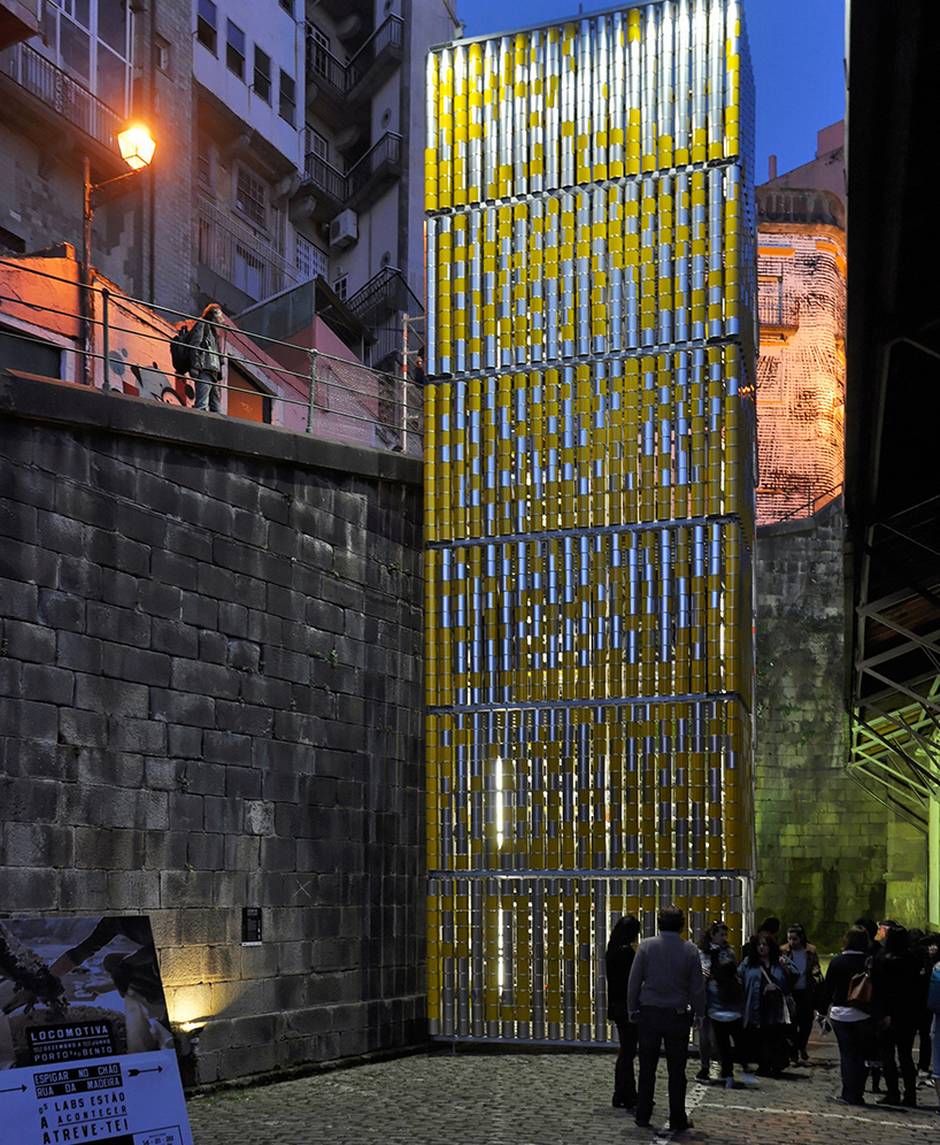 Devised by studio Moradavaga, Vira-Lata is an interactive installation located in a new public square beside Porto, Portugal's São Bento train station. Passersby are encouraged to leave messages on the tower facade’s 2,300 turnable cans, some coloured yellow in reference to the interior of a train carriage.

A country in recession can count on a creative boom, and Portugal is no exception. The streets of Porto are crawling with public art: see LIKEarchitects’ purple standalone balcony, and Moradavaga’s interactive billboard, made from a thousand spinnable tin cans. Lisbon-based artist-designer Joana Vasconcelos crafts her fantastical textile works for luxury fashion brands and blockbuster museum exhibitions worldwide.

Lisbon’s young entrepreneurs have built design incubators out of derelict factories and helped style a shopping and restaurant scene that gives pause to fashionable rival Barcelona.

The city’s affordability, along with the sunny climate, has lured creative types from other countries too, lending it a reputation as the New Berlin. 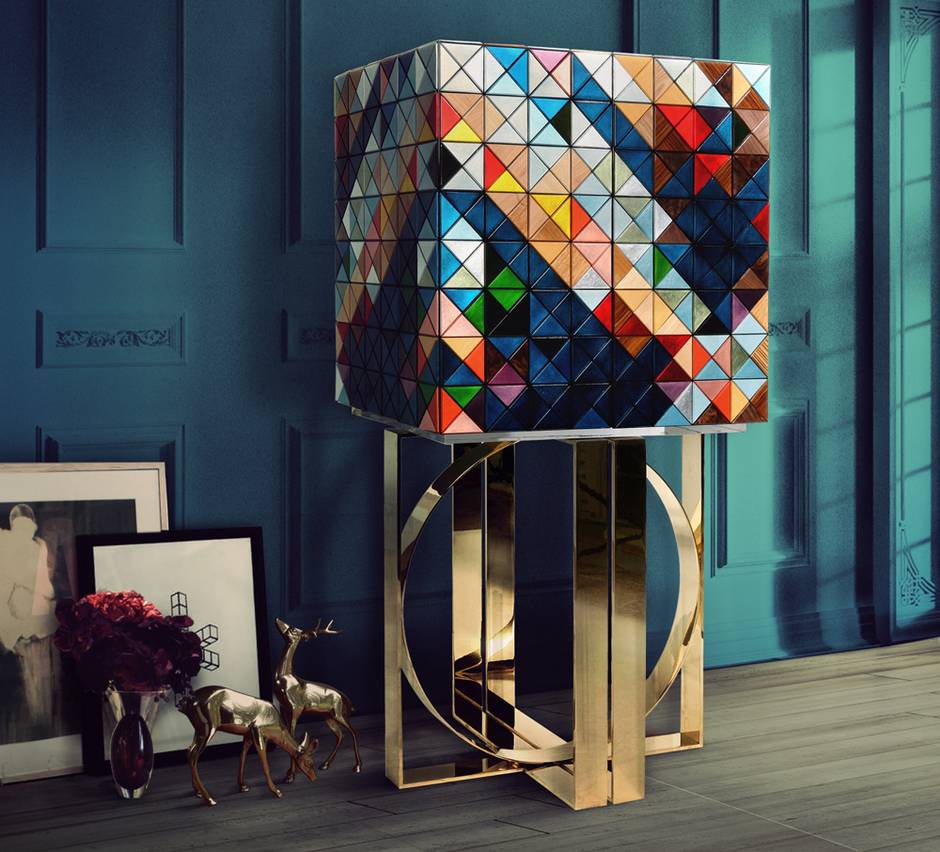 Boca do Lobo, a Portugal-based design house, creates their Pixel Cabinet from 1,088 ooden triangles set atop a polished brass base.

Pedro Sousa, a designer for the small festival favourite ByEdition, says the nothing-to-lose attitude of young designers today means that “every year, new Portuguese brands appear.” Existing, effectively, off the economic grid in a small-town workshop has given Sousa the freedom to create eccentric pieces in limited editions that don’t require commercial appeal. “Maybe because we belong to a small, southern and exotic European country, unknown by most people, that gives us something extra,” he says.

The collapse of traditional industries like Portuguese cork has also left a surplus of materials for manufacturers like Alma Gémea, which uses cork to create fashionable furniture and tableware, and Around the Tree, whose head designer Alexandre Caldas has resurrected an iconic 1950s café chair and reproduced it in cork and ash. But the economic downturn also means that as many designers are leaving Portugal as are coming in. Lisbon native Rita Botelho designed her amusing Hub and Nothing To Hide rugs from her atelier in Germany, and showed her handblown glass Jell-O moulds at a gallery in London. 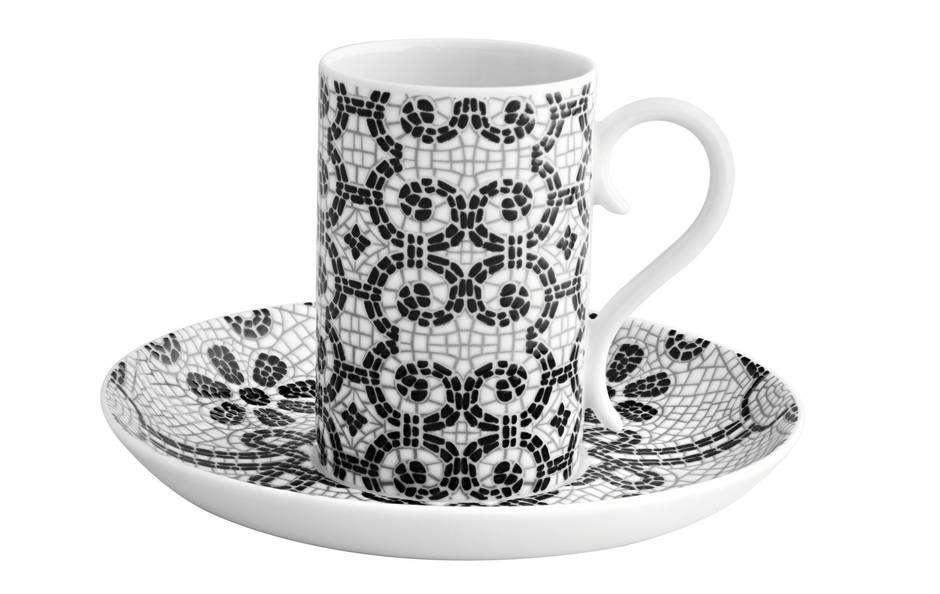 Earlier this year Nancy Fernandes and Connie Freitas opened the shop Saudade on Dundas Street West in Toronto to sell Portuguese-imported items like hand-loomed wool blankets by Burel and ceramics by Margarida Gorgulho. “When things get bad economically, people have to get creative, so you’re now seeing experienced craftspeople collaborating with young designers who want to learn those skills,” says Fernandes.

She says it was only a matter of time, though, before the country’s vibrant design got its due. “Portugal is still a boutique country where things are locally made, and Canadians are going back to wanting quality homemade products, by workers who are treated well.” 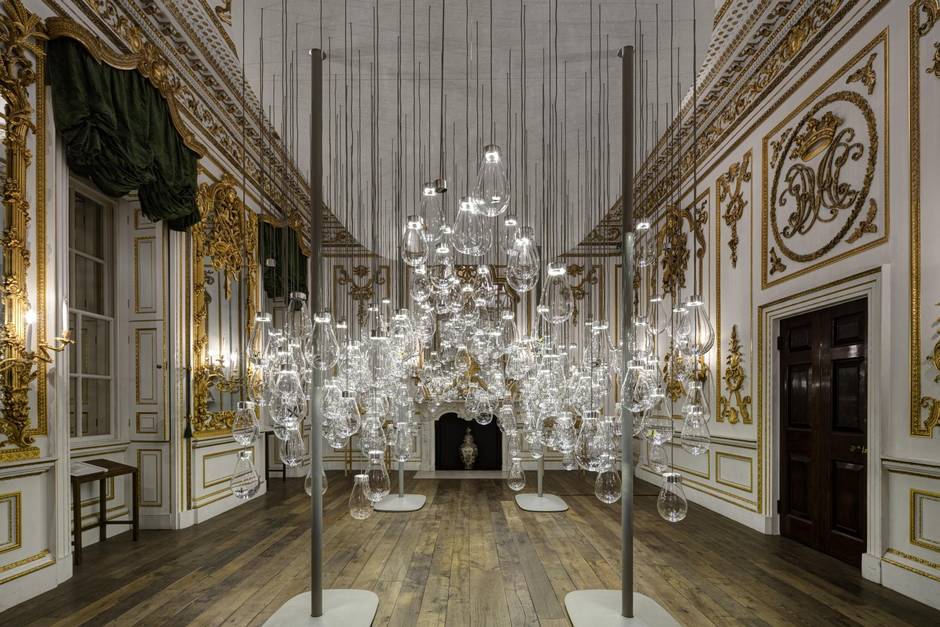 The few past decades have seen Europe’s class structure upended, followed by its power structures. Now, the creative structure is seeing an upheaval with the most seemingly mundane populations on the continent outshining their sexier neighbours. For example, Austria’s Vienna Design Week, a 10-day festival that ended earlier this month, rolled out a series of household hits from nascent local studios like Chmara Rosinke and Klemens Schillinger. The festival, now in its ninth year, has gradually become a must-attend player on the design calendar – a highly cerebral cultural extravaganza that’s confined to one historic neighbourhood so it’s easier to navigate than, say, London’s impenetrably vast event.

Austria’s millennials are coming out of Vienna’s Institute of Design – or coming home from schools in London or Milan – to an increasingly contemporary city, one that’s tight-knit, affordable and welcoming to other cultures (interiors designers Ania Rosinke and Maciej Chmara are Polish emigrés; product designer Talia Radford is a Spanish Brit). They’re inspired by the city’s rich collection of classical art and design but compelled to rebel against it. 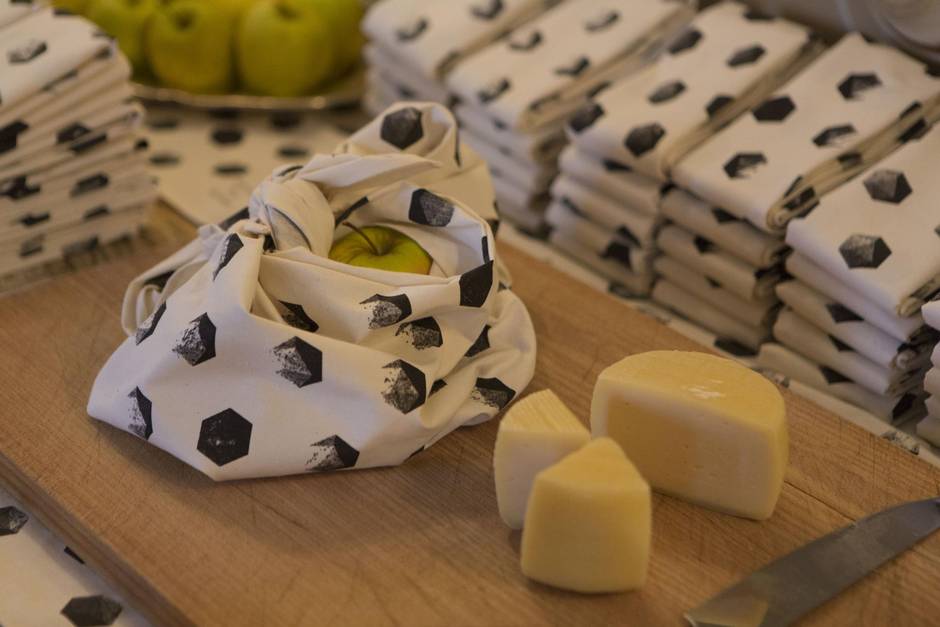 For Fabrica x Airbnb’s Housewarming exhibition, designer Marlene Wolfmair interpreted the Austrian tradition of Jause, an afternoon snack enjoyed at home or as a picnic; the food is held in a Jausensackerl (a picnic bag made of linen cloth). Wolfmair created a pattern inspired by the surroundings of her childhood. The region is full of granite stone, and she gave a modern twist to the age-old idea by using computer-generated images. (Marco Zanin/Fabrica)

For Schillinger, who creates pieces from lamps to candle sticks, it made sense to return after five years in the U.K. to a shared studio in a former hair salon that costs a fraction of what it would in London. “Vienna still has a lot of skill and craftsmen right in the streets of the centre,” he says, “and they’re easier to approach than in a bigger city, where they’re often hidden in business park. You can walk right in to see a woodworker and get something done. And it doesn’t really matter that I’m here in Austria – I can connect to any company.”

Recently Schillinger was enlisted to design for Swedish manufacturer Hem.

Less than a decade ago, the Vienna Business Agency launched a funding and networking program for local creatives called Departure, which Schillinger says has pushed a lot of recent grads into partnerships with traditional manufacturers. 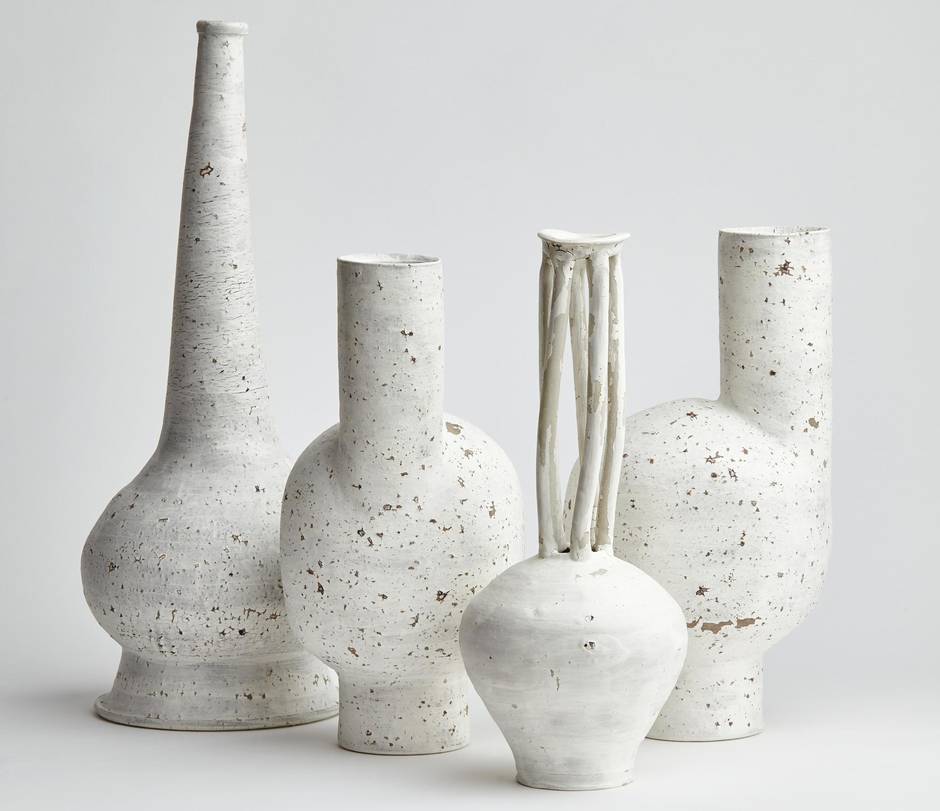 Matthais Kaiser’s portfolio includes pieces in both porcelain and stoneware. This arrangement of vases is created by a technique of treating dark clay with slips, iron ore, sanding and repeat firings to achieve a dilapidated effect.

Best known of this new guard of Austrian designers are Katharina Mischer and Thomas Traxler of Mischer’Traxler, who virtually owned this year’s London Design Festival with exhibitions across town. For Curiosity Cloud, at the Victoria & Albert Museum, they filled 250 blown-glass pendant lightbulbs with “insects” wired to motion detectors, which caused the insects to fly around the bulb as visitors moved through the room.

On the fringes but poised for global success are Marlene Wolfmair, who designs bags, furniture and lighting in 3-D, and the ceramicist Matthias Kaiser, whose stoneware vessels are shown across the continent. 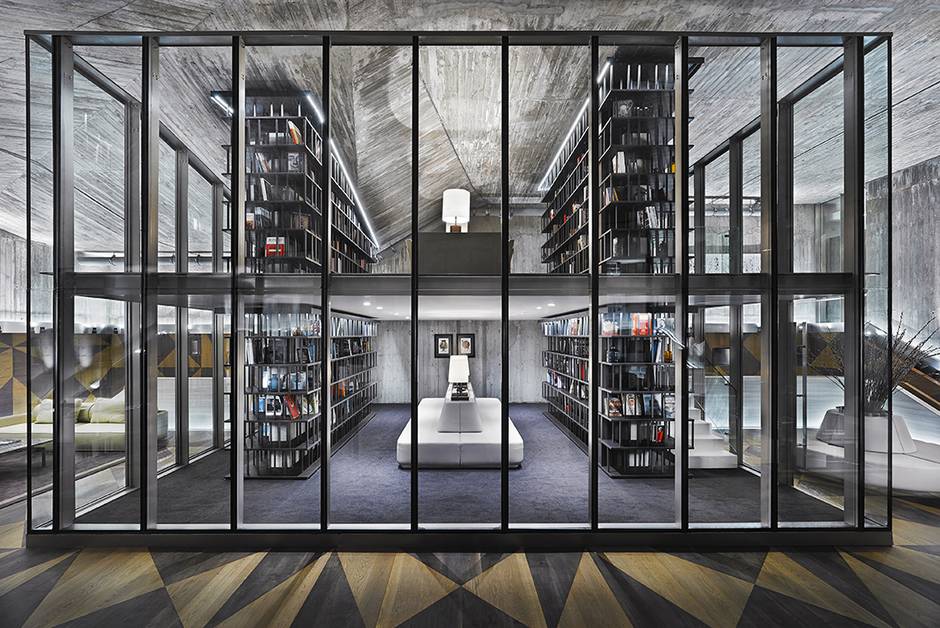 Like other CIVETS countries (South Africa and Vietnam among them), Turkey is experiencing the buzz of a booming, young economy that’s affordable for young grads. And like its cohorts, Turkey has a rich artisanal tradition that designers can both learn from and rebel against. Its geographical position between established Europe and the burgeoning East makes it open to both radical ideas and exotic materials and motifs. 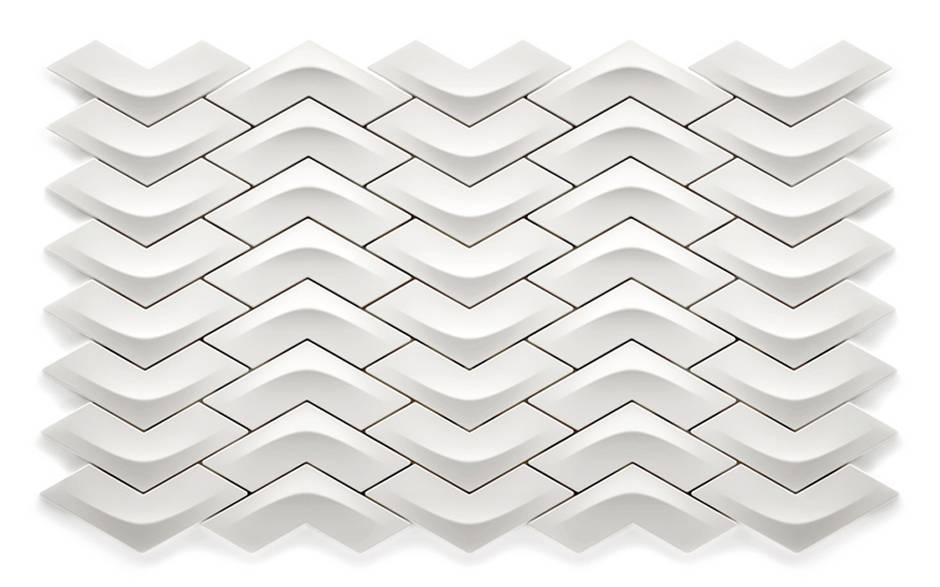 The Versatile ceramic wall tile collection by Yigit Ozer for Kutahya Serami allows for multiple interpretations of pattern and use, making it a truly novel approach to decor. The collection has received several prestigious nods including the Red Dot Design “Best of the Best” Award.

You can get anything made in Istanbul – makers are woven into the fabric of the city and the creative industry plays out in the centre, not the margins. This has been a boon to young designers like Ezgi Turksoy, who makes her subversive silverware with the help of neighbour silversmiths but shows it in London galleries. Ditto Yigit Ozer, a designer turning ancient ceramic patterns on their head. Tamer Nakisci has used local artisans from his father’s factory to reimagine the kilim and to revolutionize traditional ceramics. “Because there’s a massive number of workers hidden in the industrial corners, it’s easier to produce, day and night,” says Nakisci. There’s an order to the perceived chaos of daily life in Turkey, he adds. “The Turkish approach to problem solving is to think outside the box. Everything is boiling, emotional. And when this meets creativity, it can result in interesting projects.” 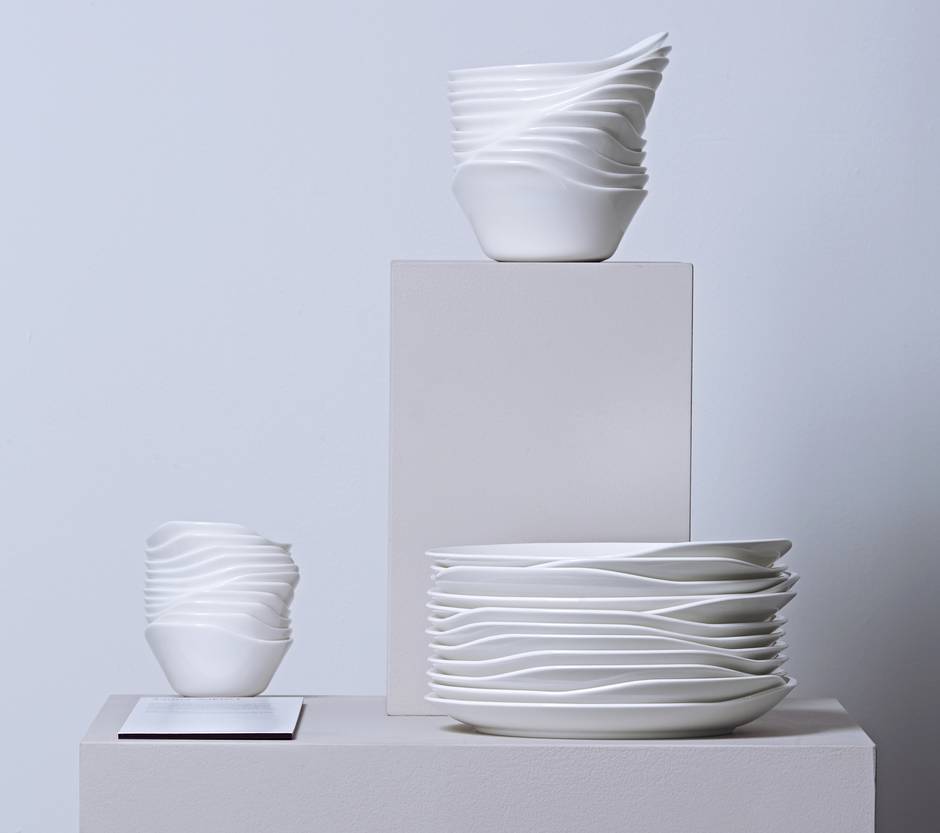 Tamer Nakisci’s Relax tabletop collection is comprised of a 14-piece bone china set that has a gentle, irregular shape and have a biomorphic effect when stacked together.

The biggest success story out of Turkey this decade has been the interior design practice Autoban, whose clean, contemporary style with that tinge of Anatolian exoticism has helped convince Turks to buy local again. Autoban is the go-to practice of the Turkish establishment – not to mention club owners and restaurateurs across Western Europe. “They were a milestone for us,” says Nakisci. “Because they work on international things, people are more design conscious, generally, and designers are more hopeful. There may not be many Turkish luxury brands, but there are more working designers.” Autoban has had a huge influence on younger designers like Bilge Nur Saltik, who tread a subtler path in their aesthetic. Saltik studied in London and now produces unusual faceted porcelain and handcut glass with kaleidoscope effects.