Few people may have ever heard of Krumbach before, or be able to tell you a single thing about the tiny village in western Austria. But this month it's garnering international attention for a project that has given its 1,000 inhabitants unique bragging rights – they've got the best bus shelters in the world.

Last year, the Kulturverein Krumbach, a local cultural group, invited seven architects from around the world to design and help build bus shelters for the area. None of the architects would be paid, although they would get a one-week holiday in the village. All of them said yes. Keep in mind, this is a group of world-renowned architects such as Japan's Sou Fujimoto, Chile's Smiljan Radic and Pritzker Prize-winners Wang Shu and Lu Wenyu.

Few if any of their creations will be recognizable as bus shelters, but that's the point. Replacing all the former shelters in the village with these structures and their sculptural adventurousness will help not only rethink what's possible when it comes to public buildings, but also attract tourists. The bus shelters were unveiled earlier this month and are now in use.

The international media attention the ambitiously whimsical project has garnered has already boosted the area's profile among prospective tourists. It's proof that you can make something as mundane as a bus shelter architecturally inspiring, even poetic.

Dietmar Steiner, director of the Architecture Centre Vienna, and Marina Hämmerle from the Vorarlberg Architecture Institute, who helped to pick the architects, said that each architect was chosen for a particular reason.

"They should be interested in sustainability, local traditions and contexts and have shown their talent as outstanding architects with examples of 'sculptural' ambition," Steiner said in an e-mail.

Last April, six of the architects visited the village to get a sense of the geography and culture. Then, with all the designs approved by summer, the architects worked with approximately 200 local craftspeople and architects to make their visions real. 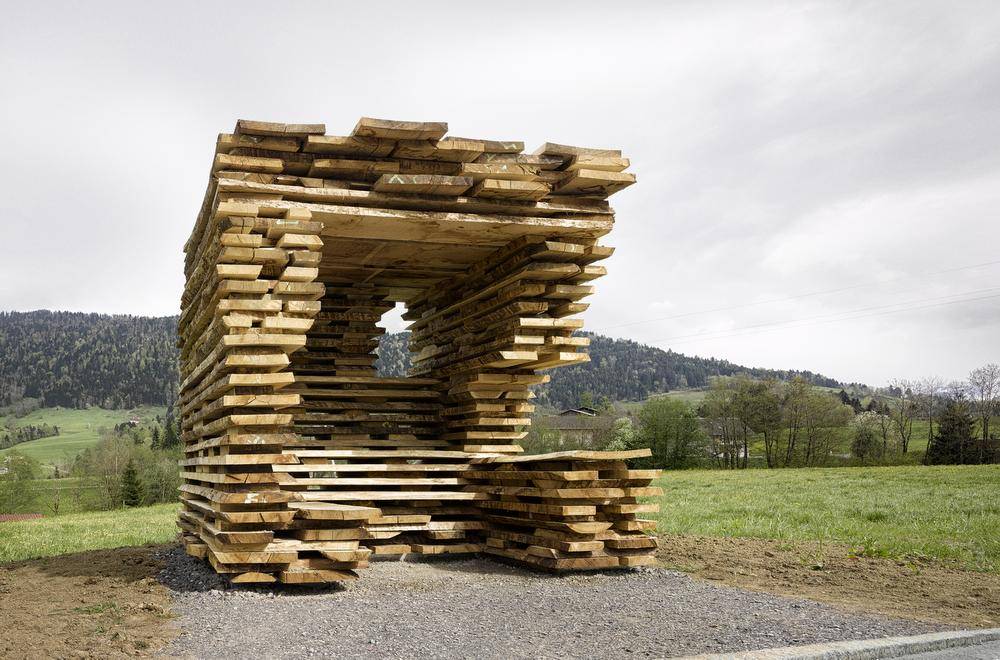 Spanish architects Antón Garcí-Abril and Débora Mesa of Ensamble Studio built a bus stop inspired by the stacks of untreated oak planks seen throughout workshops in the region.

“From afar it looks like a sculptural object posed on the landscape. From a middle distance like a stack of wood planks recently cut and ready to be transported elsewhere. As you get closer, the interior of the space invites you to enter and experience it, to use it in different ways,” Mesa said in an e-mail. 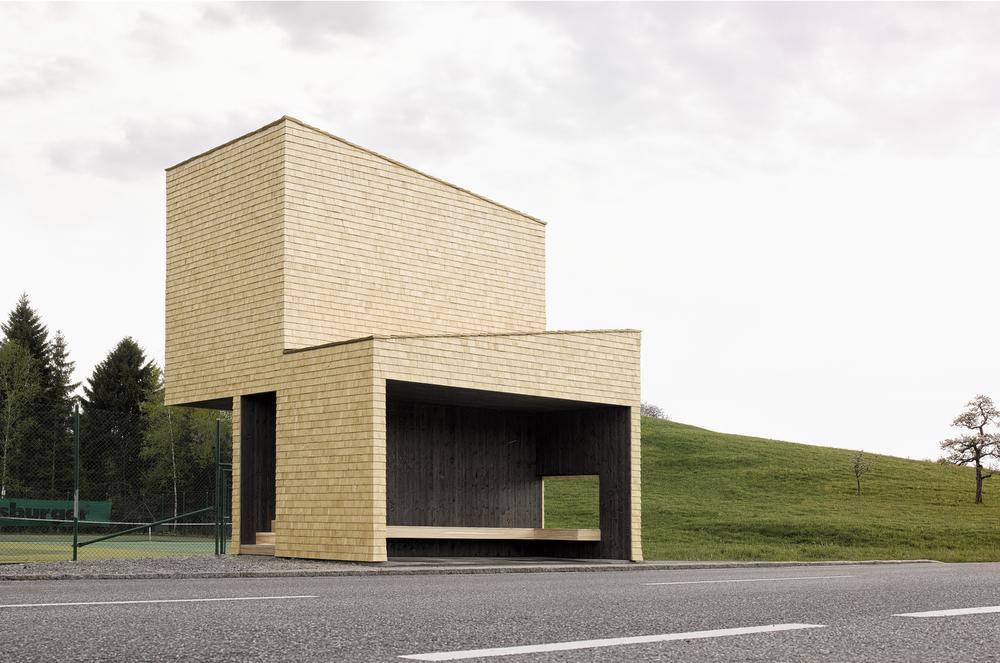 The area’s reputation for wooden architecture is what attracted the Norwegian architecture firm Rintala Eggertsson Architects, who built a two-storey shelter, with the second floor facing away from the road so that people waiting for the bus can sit and watch a tennis match on the adjacent court.

“To build out of wood in Vorarlberg is therefore an honour. It is like being invited to Italy to show how to make good pizza,” Sami Rintala said in an e-mail.

Other architects were similarly inspired by the landscape. 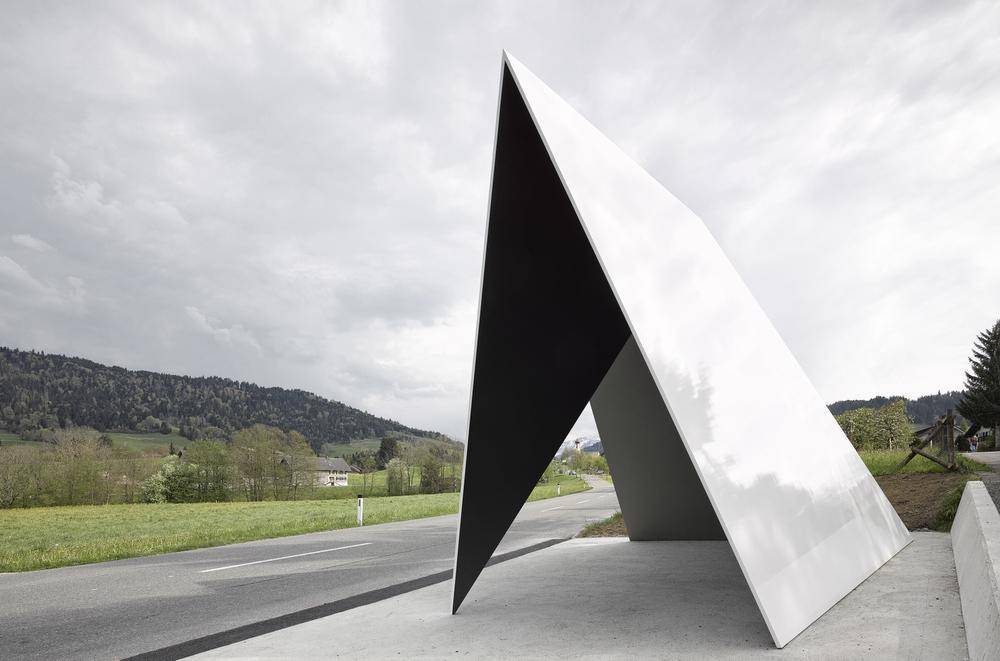 Arguably the most striking of the seven, the bus stop designed by Belgian architects Jan de Vylder, Inge Vinck and Jo Taillieu of the firm dvvt, is a folded triangle inspired by a trip through the Alps on their way to the area. 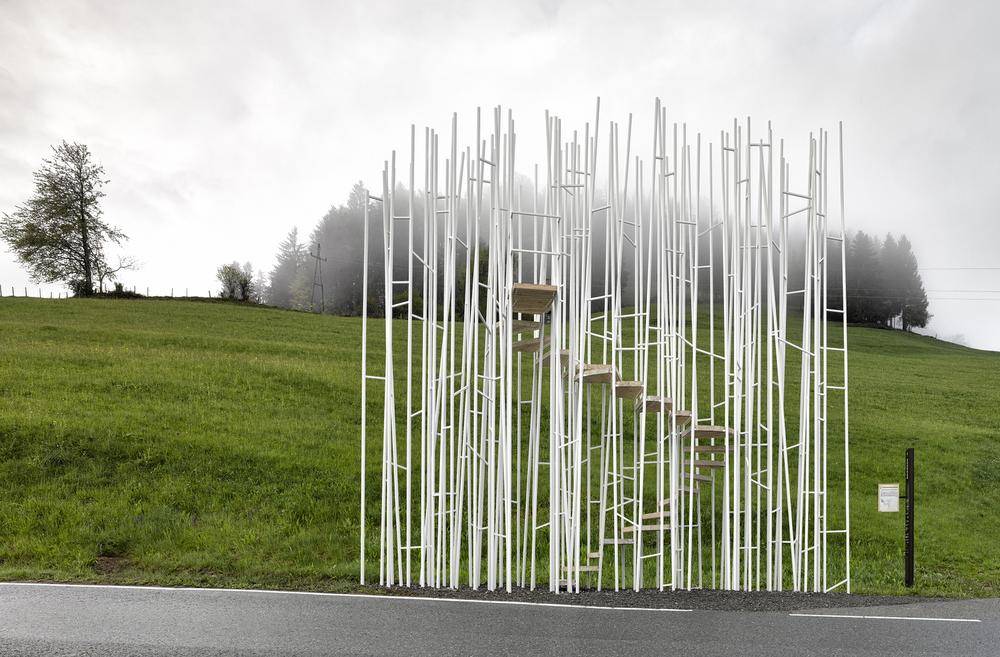 Architect Sou Fujimoto design offers no protection against the weather, but instead a new way to interact with the natural surroundings. PHOTO: ADOLF BEREUTER

Sou Fujimoto’s design, barely recognizable as a bus shelter, is made of thin, steel rods and a winding staircase. He was inspired more by the poetry of a bus stop than simple utility.

“By climbing up the heights overlooking the distance, people would ‘wait’ – for the bus, for a friend, for something to come, for your future or overlooking the destination of their own. A bus stop is a place to wait. People see far away when they wait. People give their heart to faraway places. It is a place for the fundamental act of waiting,” he said through a translator in an e-mail. 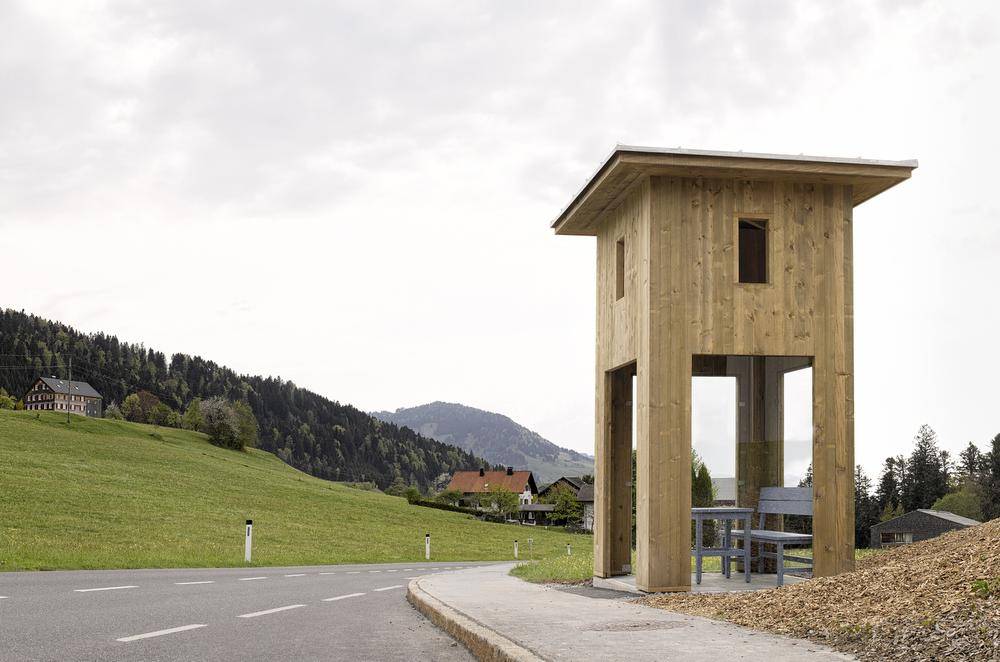 While all the bus stops are striking, most of them are more architecturally interesting to look at than they are practical. You could stare at them on a sunny day and be awed, but once it starts raining or snowing, you’d probably want to be elsewhere.

Practicality was never the priority. And the novelty of the project no doubt helped to attract the high calibre of participants, says Cheryl Atkinson, an associate professor at Ryerson University’s Department of Architectur`al Science.

“Small projects are interesting,” she says, pointing out that Winnipeg hosts an annual competition to design warming huts, structures where cross-country skiers can stop and take a break from the cold, that produces exceptional work. 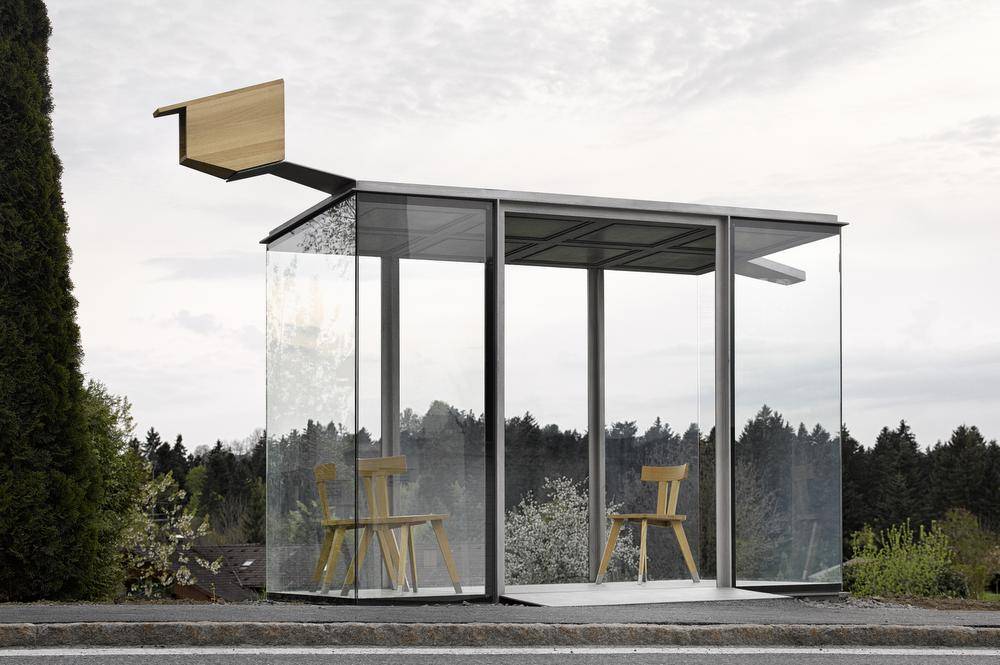 One of this year’s winners, for instance, used hundreds of pool noodles to create a geodesic dome.

Ultimately, the creative freedom afforded the architects – they were told to build any bus shelter they wanted so long as it had a maximum footprint of six square metres and no energy demands – accounts for the project’s success.

Don’t expect anything like these in large urban centres in North America, says Atkinson, who is on the design review panel for Metrolinx, the government agency that helps oversee the Greater Toronto Area’s transit system. 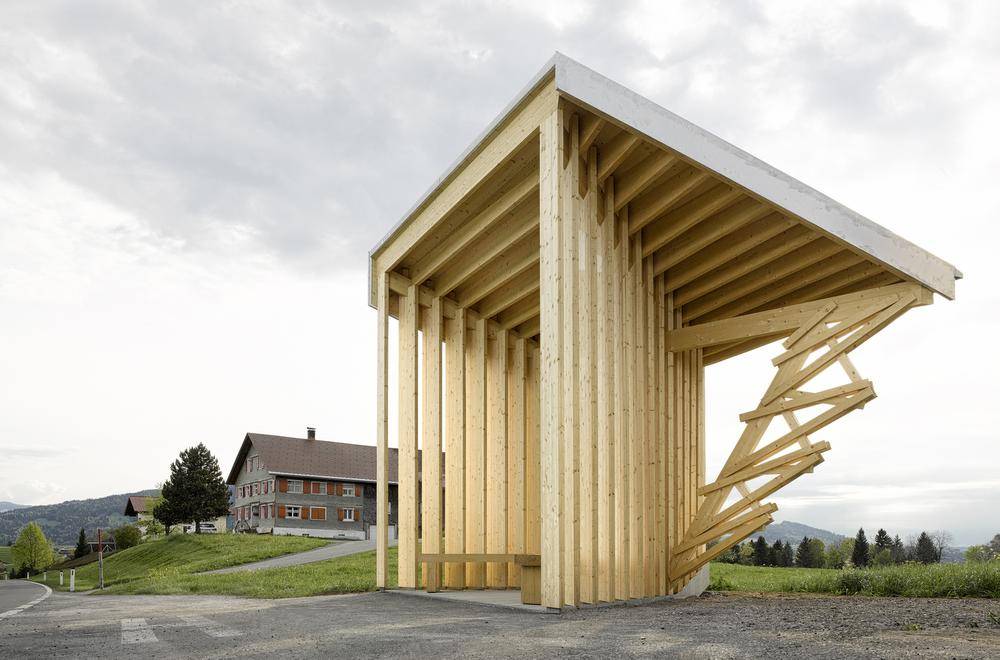 “If it was being done in North America, it would come with all sorts of pre-conditions,” she says.

Krumbach’s cultural association plans to do more projects, but they are taking their time to decide what to tackle next, Steiner said.

“The bus-stop project was such a great effort for all the voluntarily involved people, architects, workshops, sponsors, so they need some recreational time for the next project.”