This year, she vows, is going to be different. To increase her odds , Ms. Tinhold did what any resourceful urbanite would do: She went online and dug herself up a garden coach. This entrepreneurial new breed of backyard advisor is starting to thrive alongside surging consumer interest in local food.

Vegetable seed companies in both Canada and the United States are experiencing record sales, a trend they attribute to post-recession efforts to save money and also to the desire of consumers to green their lifestyle by growing food at home. But the gap between buying vegetable seeds and reaping a rich harvest is wide.

"I was really tired of putting in the work and ending up with one cucumber. On my own, I was going nowhere," Ms. Tinhold said. "I needed someone to give me some direction and get me started so I'd feel confident."

For every green thumb blogging about the rabid success of their rooftop tomatoes, there's a rookie grower pulling his hair out at the sight of yet another crop of mouldy peas, wilted leaves, out-of-control weeds, or worse: a grassy, barren plot.

Unlike high-priced landscapers hired to transform entire yards, garden coaches get paid to teach you how - and where - to do the dirty work. Part horticultural encyclopedia and part cheerleader, their fees start around $75 per hour for services that range from a garden walk-through with verbal suggestions to development of a step-by-step planting plan, depending on the client's needs.

"Some people garden already but they just want a little bit more advice," said Steve Biggs, a horticulturalist who recently co-authored the book No Guff Vegetable Gardening. "Some people have never grown vegetables and it's very daunting. They want someone to hold their hand and say you might want to dig here," he said.

Before his clients break ground, Mr. Biggs counsels them to first consider how much time they are willing to put into maintaining the garden each week.

"What you don't want to do is be a slave to it and resent it," he said. "If someone is keen to grow veggies and they're willing to put in the time, they'll succeed. It's not rocket science," he said, adding: "It's kind of like when you learn to ride a bike as a kid. You might fall. But you'll get up and sure enough you'll ride the bike."

There are some key tips and tricks the coaches pass on to help soften the fall.

Janice Miller-Young, a Calgary-based garden coach, said rookie gardeners often forget to take their soil quality into account before planting. But what goes on beneath the ground has a huge impact on the vitality of plants. Soils with higher clay content tend to hold water longer and require less watering than sandier soils; gardeners using front yards or boulevards that may be contaminated with toxins (think mercury or lead) should consider planting in raised beds they can fill with new compost and soil or avoid planting vegetables that soak up contaminants. For instance, instead of lettuce, which are eaten whole, fruit-bearing plants, such as tomatoes are a better option.

Timing, she said, is also key.

"Putting things out too early can be a problem. You can either shock the plants or you can sunburn them. Some seeds, like beans, need fairly warm soil," she said. "If you plant too early, they can rot."

The advice worked for Britney Bikowski, a Mississauga-based psychotherapist who was finally able to grow her own greens last year after a session with Mr. Hoffman.

"I was worried I was going to do it wrong," she said. "He made something I just figured was impossible approachable. He empowered me to take control and get excited," she said.

In North Toronto, Ms. Tinhold is optimistic that her coaching session will lead to success. Already, she has seedlings sprouting indoors and plans to use her sun-drenched deck to plant containers of heat-loving plants she could never grow in her shaded yard.

In the fall, she also plans to preserve enough of her harvest to keep her family eating local all winter, just as her mother did.

"I want my kids to see that too, and I don't want them to see me failing to do that every year," she said.

Harvest some savings with a summer garden
May 3, 2018 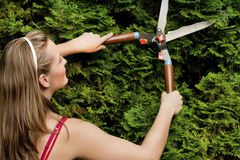 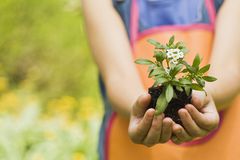