The heirloom vegetables found at farmers' markets are beloved for more than their kooky appearance and trendy appeal: Cooks enjoy having access to a wider, more interesting variety of tomatoes, peas and squash than can be found at most grocery stores, and many believe they have a superior flavour. The heirloom seeds that produce these crops are gaining in equal popularity with gardeners, but newcomers to these old-time favourites can find shopping for seeds as confusing as deciphering other food labels.

"Heirloom" means part of a heritage breed that has been passed down for generations – some gardeners say the breed must be at least 50 years old, while others believe 1951 to be the cut-off for heirloom varieties, before the first hybrid seeds were introduced.

Hybrid seeds, often labelled on the packet as F1 (first generation) hybrid, are created by agricultural scientists selectively cross-pollinating similar breeds for their desirable traits, such as hardiness or a higher yield. They'll generate a great product, but only for one season – the gardener must buy new seed year to year. Genetically modified seeds are created using more sophisticated techniques to combine DNA from different species. These, most often, are also single-use seeds.

Aside from the quality of the product, many gardeners seek out heritage fruits and veg because the seeds they produce are saveable in a way that modern hybrid/GMO varieties are not. It used to be the norm for home gardeners to harvest a few seeds from each planting season, selecting them from the biggest and best of their crop to start their garden again the following year.

That practice is making a comeback with home gardeners wanting to support biodiversity – which is important for keeping our food crops interesting and the breeds varied enough to withstand threats such as disease and pests – while nurturing plants they know are well suited to their particular climate and region.

Understanding the difference between heirloom and hybrid varieties is helpful when it's time to start planting – as is knowing that if you come across something particularly tasty in your neighbour's garden or farmers' market, you can tuck away a few seeds to propagate next year. To get started, seek out community gardens or contact the horticultural society in your area and ask if anyone is saving seeds – you can usually find an enthusiast who is eager to share.

You can also source some good-quality heritage or heirloom seeds from one of the many small, regional seed companies across Canada, such as West Coast Seeds in B.C., Prairie Garden Seeds in Saskatchewan or Urban Harvest in Ontario. Most have online catalogues – and seeds are easily mailed.

Once things start to grow, saving your own seeds for next year doesn't require any special knowledge or technique – just a few small envelopes. "There's this idea that you have to do something, you have to be somehow skilled, and you don't," explains Okanagan-based author and food writer Jennifer Cockrall-King, who is currently writing a book exploring the phenomenon of seed banking and saving. "Plants are built to do their own thing – we just have to step back and let something go to seed."

Spinach, lettuces and arugula, for example, will bolt during a hot spell, or start producing seed once the season is over. "All you have to do is let it, then collect the seed," Cockrall-King says. "Let it dry a bit, rub off the chaff between your fingers, stick it in an envelope and hope for the best next year." If you grow potatoes, which are tubers, set a few aside in a dark place to grow eyes and plant as seed potatoes the following spring.

She recommends YouTube videos for anyone wanting further instruction – and many libraries and horticultural groups offer seed-saving workshops, particularly at planting and harvest time. Seeds of Diversity, an organization dedicated to the preservation and cultivation of endangered and heirloom seeds, offers even more resources and a Canadian seed-catalogue index at Seeds.ca.

Tomato seeds are an exception – they're a little more complex because they do need to ferment. "Again, that's a natural process," Cockrall-King says.

Identify a luscious example with the traits you desire – what Cockrall-King calls "the alpha tomato," and then deny yourself the pleasure of eating it.

"So you let that tomato sit on the vine, or fall to the ground, and it's going to rot and do its thing," she says. "Just let that one great tomato fall into the dirt."

Hosta ‘Lakeside Dragonfly’: Invest in these stately cultivars to keep your garden healthy
May 4, 2016 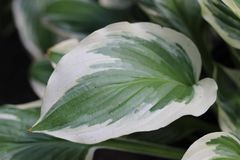 Bring life into your living room by decorating with plants
November 16, 2016
Daphne x ‘Lawrence Crocker’: Stand out this spring with an alpine rock garden
May 18, 2016 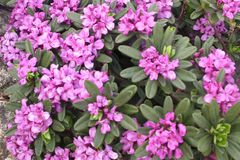