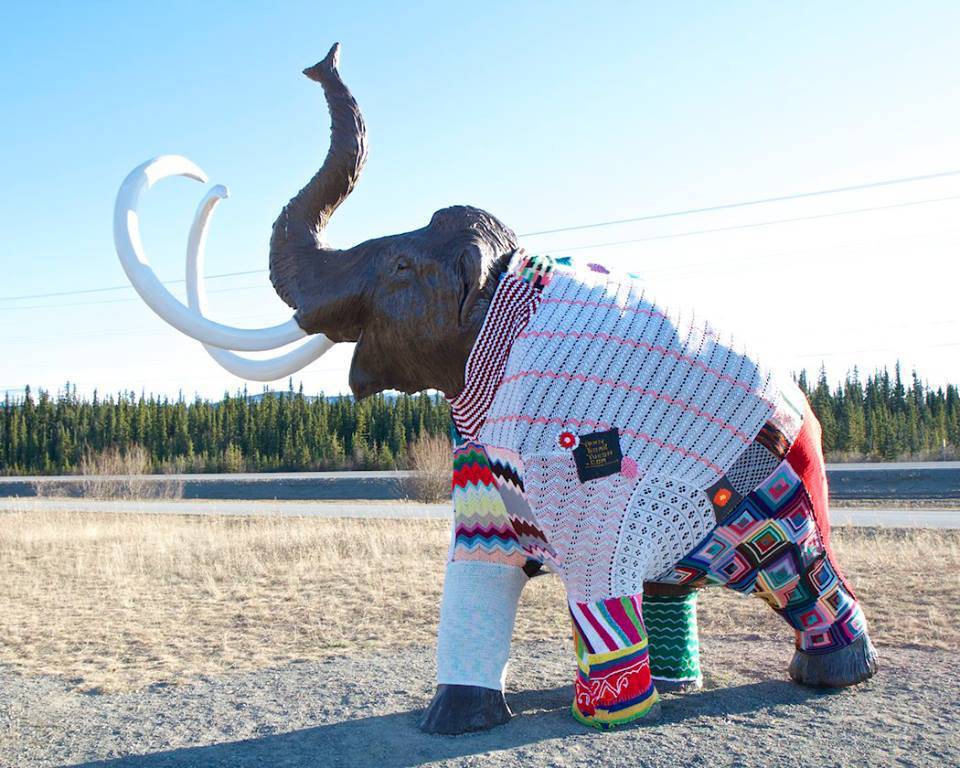 To many people, knitting might just be as anachronistic as an episode of Downton Abbey. And maybe it is. (It’s certainly been around longer than Maggie Smith.)

As fusty as knitting may be, the craft is cool again. It’s been embraced by just about everyone, from athletes and movie stars to urban hipsters and biology geeks. 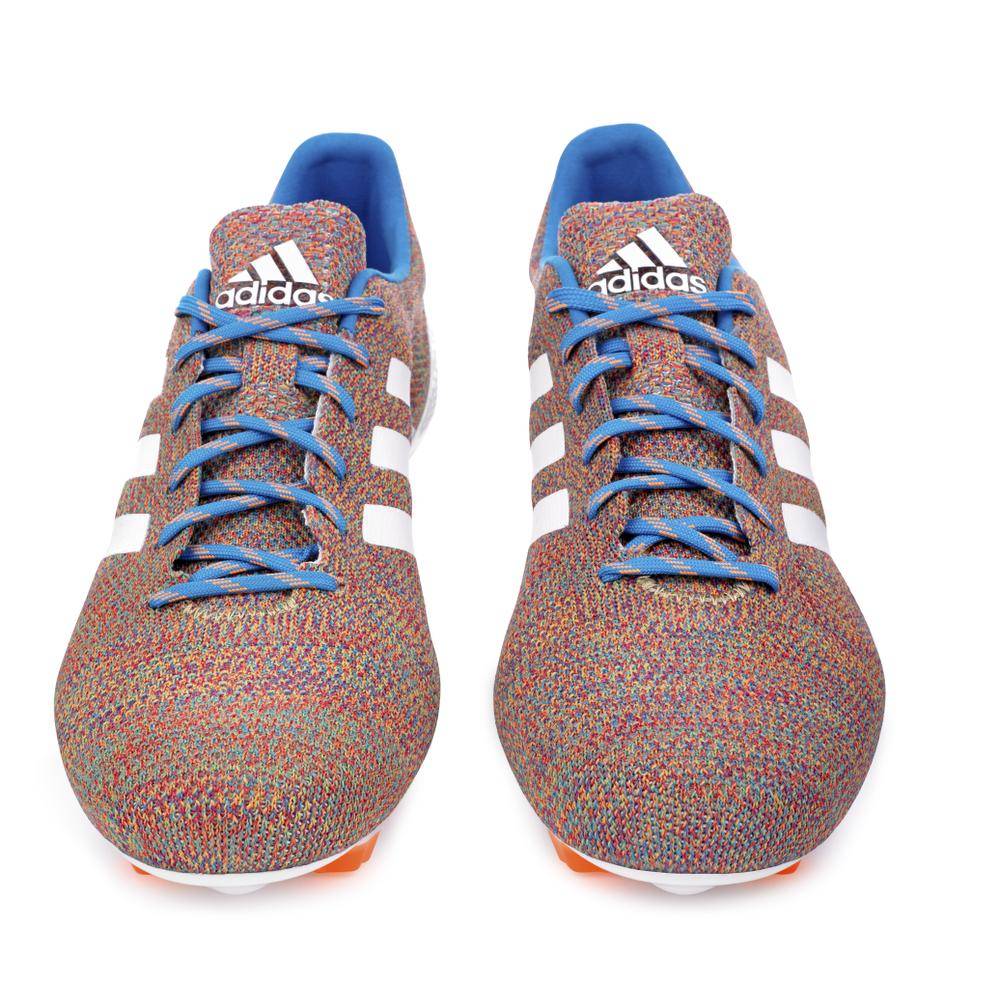 The evidence is everywhere. In March, German shoemaker Adidas unveiled the world’s first yarn-made football boot, the Samba Primeknit (it’s lightweight, water-resistant and radiant, hued in a rainbow’s worth of bright colours). And last year, the decidedly un-fusty Ryan Gosling told GQ Australia that his perfect day would involve knitting. He apparently finds it quite cathartic, something, which is scientifically supported.

According to a recent study published in the British Journal of Occupational Therapy, knitting is a salve for depression. Science and knitting have also come together in another unexpected way: so-called science knitting, where, instead of hats and scarves, the vogue is to craft models of the human anatomy, bacteria, germs and giant molecules. 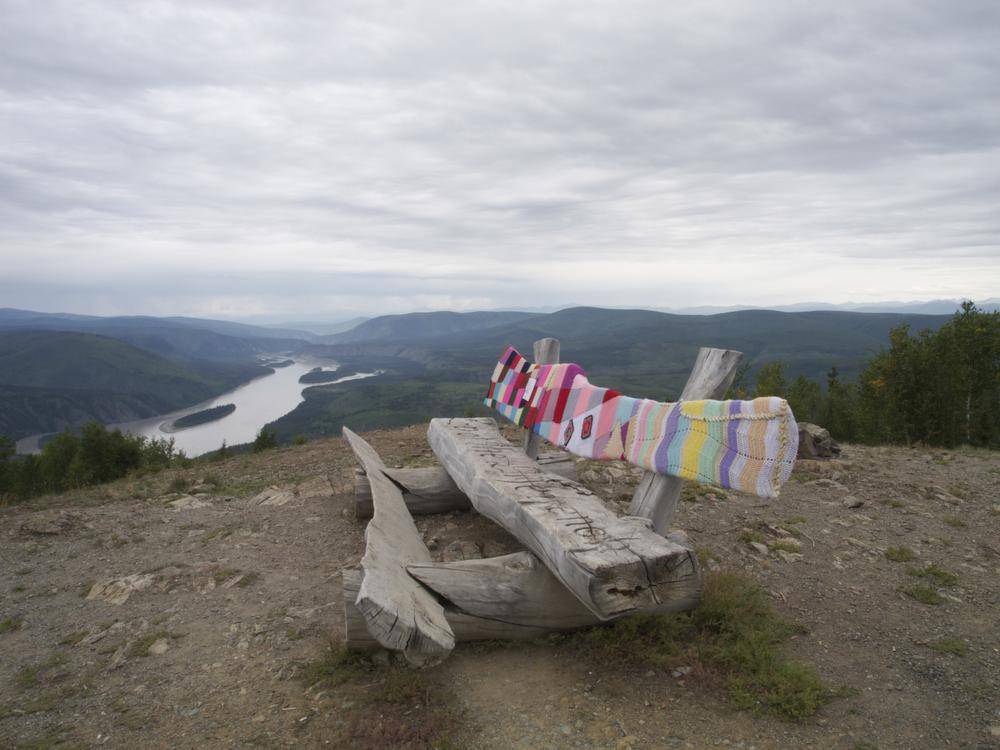 Knitting is also a growing trend in graffiti. Known as yarn bombing (a.k.a. guerrilla knitting or knitfitti), the premise is simple: either a single knitter or an entire bee will take over an underused, unloved public space, building or object (bike racks and park benches are common targets), and give it new life by covering it in a bright, beautiful needle work. Unlike traditional graffiti, it’s not drippy, sloppy or gang-related. And because the defacement is the equivalent of doilies and leg warmers, it’s delightfully temporary, and doesn’t require a pressure hose and a lot of soap to remove.

The movement started in Texas about 10 years ago, when store owner Magda Sayeg made a cozy to cover the door handle of her Houston boutique. Customers loved it, so she made another to cover a stop sign down the street, then branched out to other sites in the city. Sayeg now runs a yarn-bombing collective Knitta Please, and has helped take the trend global, wrapping an entire bus in Mexico City, parts of a shopping mall in Hong Kong, an a large, outdoor staircase in Sydney, Australia. 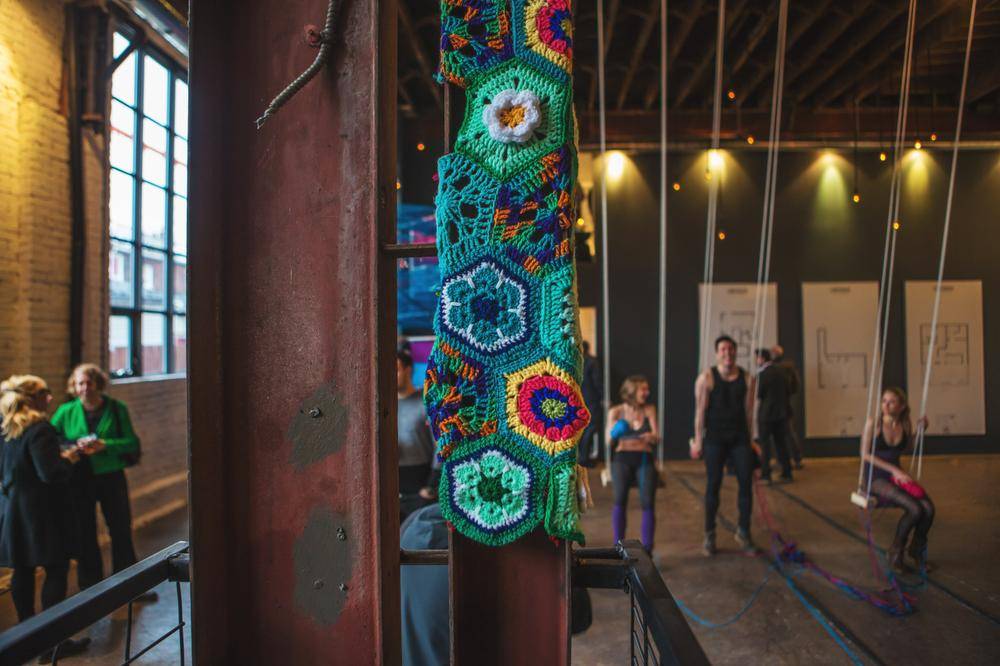 In March, in downtown Toronto, Pendell Boiler Factory – which is, fittingly, a long-shuttered yarn mill – was bombed. The space is about to be converted to a luxury condo development called Lanehouse, and was given an appropriate send-off when the rusting steel columns were covered in a patchwork of hexagons (many with flowers in the centre). The work was undertaken by Brittany Hollis, co-founder of the guerrilla knitting collective Bissell Bombers, which has also done interventions at the Art Gallery of Ontario and in the Distillery District. “I start by measuring what I want to cover,” she explained. “Then I, along with a group of volunteers, crotchet enough hexagons to make it happen.” None of the work goes to waste: “after the event is over, I’ll probably turn the column covers into blankets.”

Similarly, this summer, in Penetanguishene, on the shore of Ontario’s Georgian Bay, yarn bombing will be used to celebrate the bicentenary of the town’s historic fort, Discovery Harbour. Cannons, trees, benches and barracks will be covered. But the pinnacle will be the H.M.S Tecumseth, a full-scale replica of a 124-foot, 1815 warship. It will all be unveiled on July 25, and be on display until mid-September. So far, more than 45 volunteers have committed to the undertaking (each has to knit as many 12-by-12-foot squares as they can or want to) and more than 400 pounds (or two cargo vans worth) of yarn has been donated by Spinrite.

“The yarn is all acrylic,” noted one of the event organizers, Gary Molnar, “Otherwise the colour might wash away in the rain.” 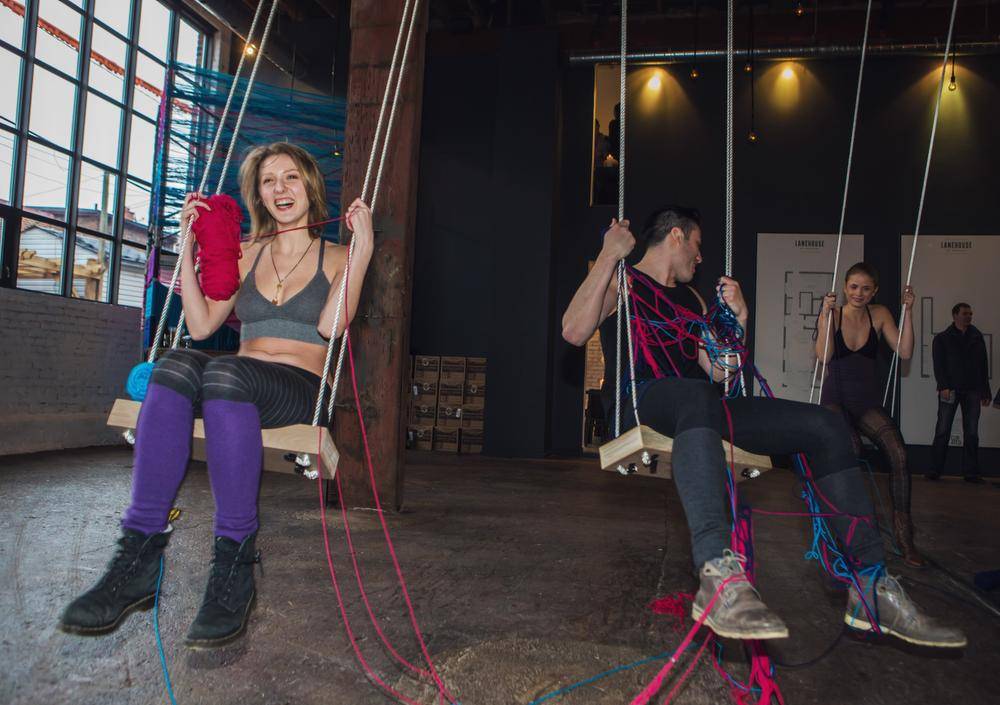 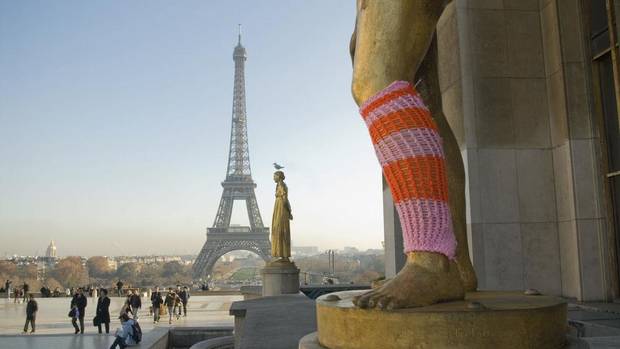