When Canadian businessman David Graham decided to expand his house in a high-end London neighbourhood, he didn't want to build up or out. He planned to dig down. Way down.

Mr. Graham, a former cable television mogul who was once married to Barbara Amiel Black, drew up plans to carve out three storeys below his 19th-century home in Knightsbridge. The extra space was for a swimming pool, a three-car garage, a gym, ballroom, changing rooms, hot tub and servants' quarters.

He joined the growing number of wealthy Londoners – from Russian billionaire Roman Abramovich to steel tycoon Lakshmi Mittal – who have been turning their mansions into so called "iceberg homes," named because most of the house is below ground. But only now are the Byzantine London real-estate regulations catching up to the trend as neighbours grow increasingly irate.

Residents are pushing the epicentre of these escavations, the Royal Borough of Kensington and Chelsea, to block all basement expansions. The district is now in a difficult position. Like every local council in Britain, it has strict building regulations for above-ground construction but almost nothing governing basements. "Nobody on councils ever thought that anybody would want to go three or four floors down," said Roarie Scarisbrick of PropertyVision, a London company that provides advice to home buyers. "The councils and the boroughs who are most affected are scrambling around trying to get sensible guidelines in place because they are being left behind on this."

Other boroughs are waiting to see if Kensington and Chelsea succeed at the national level with their guidelines. If they do, Westminster, Hammersmith Fulham will follow suit.

Driven by soaring house prices and tight regulations on above-ground construction, the super-rich here have taken to spending millions of dollars digging deep to increase their square footage and boost property values. And these subterranean enclaves have become more and more elaborate – housing everything from tennis courts to bowling alleys, theatres and even a car museum.

Last year, Kensington and Chelsea, where the average house price is the equivalent of about $2.5-million, had 307 applications for basement developments. That compared to 187 in 2011 and barely a handful years earlier. And the projects keep getting more controversial. Christoph Stanger, a managing director at Goldman Sachs, caused a furor last year when the basement dig at his $10-million Kensington house caused nearby homes to sink so much, door frames shifted and neighbours couldn't get out. Then there was Jon Hunt, founder of a real-estate agency called Foxtons, who proposed going down 22 metres and building a tennis court, pool, gym and enough space for his collection of vintage Ferraris.

"I want them to stop doing basements altogether," long-time Chelsea resident Gabrielle Teare said in a recent interview. Two of her neighbours have dug down multiple storeys, leaving her with numerous cracked walls and roughly $50,000 in damages. One neighbour offered to pay about $4,000 toward her repair bills and indicated that if she wanted anymore she'd have to sue. At least 12 other homes in the area have been damaged as well, she added, and there are real fears houses will be begin to sink. "I think it's just appalling," said Ms. Teare, who runs an image-consulting firm in London. "It's very offensive to live next door to someone who is building a basement."

The borough is beginning to respond, and Mr. Graham's house appears to have been the last straw. In December, it turned down his basement application after receiving a flood of protests from his neighbours, including novelist Edna O'Brien. Mr. Graham argued to the council that he needed the extra space because he couldn't find a larger home in the area, but the borough decided in part that the structure would be too unstable.

It is now proposing to limit basement constructions to a single storey and prohibit all basements under historic properties and gardens. Other boroughs are considering similar measures but most are waiting to see if Kensington and Chelsea's changes will take effect. And that's far from certain.

The proposals must still be approved by a national body called the Planning Inspectorate and builders are gearing up for a fight. The measures "are absolutely ridiculous," said Kevin O'Connor managing director of Cranbrook Basements a London-based company that employs about 200 people in basement construction. Mr. O'Connor said the council is overreacting to complaints from a few people who simply don't like change. And he said there is no evidence that larger basements are a hazard to other properties. "Basements aren't dangerous but they do cause people to phone up and complain [to local councillors]. It's utterly ridiculous that this is the basis of these proposals," he said. He added that the basement industry employs thousands of workers and those jobs could be put at risk.

Some residents agree. In comments posted on a borough website, Preety and David Hudd, who have lived in Chelsea for 30 years, said the proposals infringe on homeowners' rights and will cost the council lost revenue.

But many others agree with the proposed changes and have urged the council not to back down. In a lengthy submission to council, Chelsea resident Alicia di Sirignano wrote about the chaos these projects cause. The rush to build ever-larger underground homes is more than an inconvenience, she argued, "it is a relentless pace that invades the human psyche and the human soul that we human beings cannot live with at constantly sustained levels. … We seem to have lost social conscience within the community of 'civilized society' and destructive materialism has reached an almost pathological state."

new
From the Shard to Heathrow, Qatar stakes a claim on London
March 11, 2013 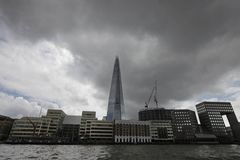 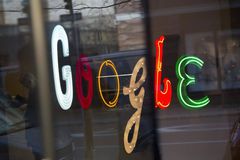 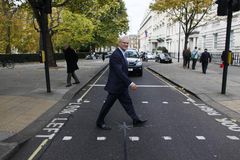 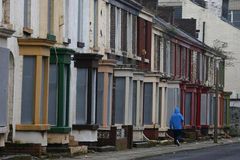 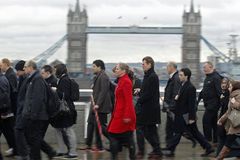