Now that it's spring, it's time to find somewhere to stuff those winter boots and coats and tackle household clutter. Flush with the seasonal instinct to get our homes in order, most of us will go with the default option: Get some boxes. Maybe some cute baskets. But that just means buying more stuff to put your stuff in, which doesn't cut down on the stuff you own, now does it? Nor does it help you use your stuff or live better. You need more than just boxes to organize your home – you need a plan of attack. Here's a good one.

One of the biggest mistakes people make when they set out to organize a space is going shopping for organizing tools, such as shelving units or baskets, says Clare Kumar, a Toronto-based professional organizer. "You need to have the right organizing tools in place, but it is not the place to start," she says. Instead, "you have to figure out what's important for you for that space," whether it's an area for laundry, hanging coats or storing winter boots. How you want a space to look and function should determine all your choices of how to organize it. That could even mean getting rid of a dining room you never use and replacing it with a home office.

The doors are key

"I always think it's a great idea to prioritize organizing the spaces that you use and have contact [with] everyday. Those tend to be the ones that your household will benefit from the most," says Anikka Foster, associate vice president of home decor, home organization and electronics at Canadian Tire. For many people, especially those with kids, that will mean front and back halls. "Making sure that whatever door you use most frequently that that area is extremely well organized so that you can quickly get coats, footwear, backpacks, sports equipment out the door effectively is a great example of how being organized impacts your day," she says. Whatever door you use, look up. High shelves can open up floor space in tight areas like front halls.

If you're buying new furniture, choose pieces that have more than one function. Whether it's storage ottomans, bookshelves that hide away tables and chairs, or a chair that's also a book shelf, designers are creating multifunctional furniture. "Storage is one of the main things driving that," says Bianca Kennedy, trade show manager at the Canadian Home Furnishings Market. Take, for instance, the occasional chair with built-in tray that Canadian fashion designer Jean-Claude Poitras designed for Fornirama that eliminates the need for a side table. Two-in-one pieces can give a room a cleaner, fresher, more streamlined look – toys can be stuffed in a storage compartment under a chair rather than strewn about the living-room floor.

Functional organizing requires you to be ruthless with stuff – if it doesn't fulfill a desired function for a space, you need to get rid of it. Chucking items isn't easy, at least not at first, but it's not as hard as you think, says Rachel Jonat. The former Vancouverite, who now lives on the Isle of Man in the Irish Sea, adopted a minimalist lifestyle in 2010 when things were piling up in her 1,100-square-foot condo during her first maternity leave. The first step toward streamlining: "Put a box in each room in the house and as you're going about your daily life start throwing in things you know you haven't been using," says Jonat, who writes the blog The Minimalist Mom. That way, decluttering won't be so overwhelming. That ice-cream maker you haven't used in three years? Put it in the box. Toys your kid doesn't pick up any more? Put them in the box.

Make better use of closets

Good organizing means respecting the limits of a space – don't overload it with your stuff or too many storage compartments. But it also means maximizing the functionality of a space. That's especially important in bedroom closets. "Any time you see air, you know that you could be maximizing that air space," says Laura Kay, a professional organizer in Toronto. Many people have just one shelf and one rod, she says. Begin by getting a double-hang closet rod, which affixes to the top rod and increases your hanging space. For the sake of neatness, use one type of hanger so that clothes don't hang at different levels. Then get creative with accessories. For example, hanging-pocket shoe organizers can be filled with scarves, belts, make-up bags or other small items. They're also perfect for toys. "I used one on the back of a kid's door for Barbies," Kay says.

I own 75 dresses. Perhaps I should start decluttering
September 23, 2012 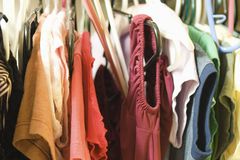 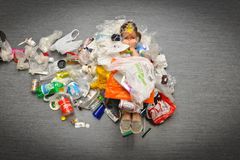 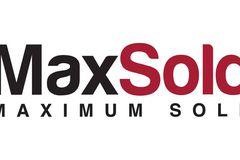