To build their dream home on a patch of farmland in Southern Ontario, Craig and Connie Cook had to source 1,200 old tires. Packed with dirt, they are the bricks of their "earthship" – an off-the-grid home made of recycled materials, in which the main source of heat is the sun.

Earthships are the brainchild of Michael Reynolds, a New Mexico-based architect and the founder of Earthship Biotecture, a company that designs and builds homes constructed with about 45-per-cent reused materials, including plastic and glass bottles, cans, reclaimed wood, natural plaster and stone, and reclaimed metal from washing machines and refrigerators.

There are dozens of such homes in Canada, where the concept has seen a surge following a 2007 documentary about Reynolds called Garbage Warrior. The movie helped popularize Earthships, which appeal to many for both environmental and economic reasons.

Currently under construction, the Cooks' house is 2,900 square feet and features poured-concrete floors and a wall of windows about 70 feet long – think the length of two school buses – and 12 feet high, framed with wood and angled to collect sunlight. The French doors that will open onto the spacious main-floor bedroom still have to be installed, as does the toilet and the walls to cordon off Connie's upstairs painting studio. The interior walls have yet to be plastered. And the phone company still has to install the land line.

But when it is completed next summer, the house will have cost a mere $55,000 to build, according to the Cooks, who are doing the majority of the construction work themselves. After that, their biggest monthly expense will be their phone. Electricity to feed the lights, television, washing machine and other appliances will come from a wind turbine. And forget municipal water – roof water, collected and run through filters, will be as drinkable as it is in the Cooks' current home, a 900-square-foot house in nearby Tillsonburg.

And yes, the fiftysomething couple realize that a lot of people probably find the house project, despite its economic and environmental advantages, kind of weird.

On paper, it brings to mind a dirt hovel, like the place Yoda called home.

But when you walk through the Cooks' front door and take in the spacious main floor and glass wall, it's proof that earthship-type homes have serious aesthetic potential. And with the lower costs of building and maintaining such a house, along with their green benefits, it's no wonder they are becoming more popular.

There are dozens in Canada, Jacobsen says, with several currently under construction in British Columbia, Manitoba, Ontario and Quebec.

Earthship Biotecture held a seminar in Toronto last month that attracted 150 people. Interest is so high that Reynolds is in the midst of getting his architecture license in every province.

"The popularity is definitely growing," Jacobsen says, adding that "more than half the total international orders were coming from Canada."

The Earthships the company builds, which can be completed in five weeks, are typically between 1,000 and 2,000 square feet. The company offers studio, one-bedroom, two-bedroom and three-bedroom, two-bath models.

Costs start at $215 per square foot for turn key construction, although many people opt to create their own earthship-like homes independent of the company. The Cooks, for instance, worked with Toronto architect Martin Leifhebber, of Breathe Architects.

Earthship dwellers may be more environmentally conscious than the typical person, but beyond that they are a diverse group.

"Some people are trying to just live off the grid as sustainably as possible," Jacobsen says, while others are drawn by economic reasons. "We have families and artists and architects and business owners – you name it."

Sandra Burkholder and her husband, Chris Newton, both consultants in their 40s, are currently building an earthship-type home for themselves in Darfield, B.C.

"My first question was, 'But the tires will stink,' " Burkholder says. "There was a lot of ignorance on my part."

When the 2,200-square-foot home is completed, they hope to grow a lemon tree inside, along with carrots and other foods they might want to eat through the winter.

Nicole Bennett, a 34-year-old project manager at a digital design company, and her husband, Kris Plantz, an environmental technician, sold their house in Winnipeg this summer after beginning construction of their earthship 20 minutes north of the city earlier this year.

Bennett says that, not including land, they expect to build the 1,700-square-foot home for approximately $220,000 – a higher cost due to some "big-ticket" items, such as the cost of hiring a contractor to do the roof.

The tires, taken from landfills, are probably the cheapest of the couples' expenses. "There's this one landfill that we went to, and the guy [said] there was no problem for us to take tires as long as we brought him a big bottle of whiskey," Bennett says.

Pat Potter and her husband, Chuck, both in their 60s, have lived in an earthship-like home for nearly two decades in Gilmour, Ont.

They have since helped to build four others, and have designed another five. Currently, they are build one up the road from their house for Chuck Potter's sister.

"We have a television, but we don't watch it any more. There's never anything on," Pat Potter says.

The appeal of the house? The food she grows indoors, for one. "I got fresh figs this week," she says. "I'm growing grapes, and I grow avocado, and I've got spinach all over the place. And I grow jasmine and geranium for teas."

The Cooks, both retired custodians, still have to decide what to grow in their own home, although they've already settled on one thing for their large planter underneath the wall of windows that has become a common fixture of earthships.

"You have to put a banana tree in. It's kind of traditional," Craig Cook says. 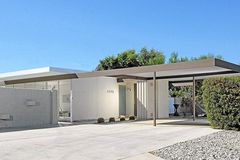 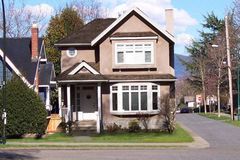 Ontario ski-country retreat is a Modernist home built on a borrowed shape
March 29, 2012 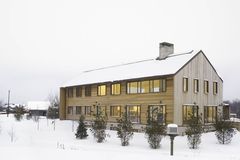