Hundreds of people have been lining up at the Ideal Home Show in London every day for the last two weeks to get inside a house. Its chief feature? It's quiet.

Billed as the world's first Quiet House, the building features the quietest appliances available on the market – silent fans, a "whisper light" hair dryer, quiet shower pumps – and other solutions, like soft-close toilet seats and wake-up lights instead of alarms, to quell unwanted noise.

The house is the brainchild of Quiet Mark, a not-for-profit company that advocates for a hushed world launched by Poppy Elliott last year. It's a spinoff of the Noise Abatement Society, which Elliott's grandfather created in 1959 to raise awareness of noise pollution. Quiet Mark rates products on their noise level and awards its silent stamp of approval, the Quiet Mark, to the most muted products available on the market. (A full list is available on the company's website.)

"The Quiet House is like building the ultimate peace pad," Elliott says. "When we come home, it's supposed to be our sanctuary, our place to recharge. What's happened is, we've gone on this amazing technological revolution where everything around us is technology but often the compromise in the design is that the sound hasn't been considered, so you've got this massive orchestra at home."

The cacophony of modern living – car alarms, sirens, honking horns, the white noise of whirring fans, the hum of air-conditioning units – no longer ends when you walk through the front door, if it ever did. Whether it's clanging washing machines or noisy neighbours, the volume at home is too high for many people and it's exacerbated by everything from open floor plans to hardwood flooring.

Last year, the city of Vancouver received 1,615 noise complaints, a steep increase from just five years ago, when there were 711 complaints. Calgary has seen a similar rise. Last year, Cowtown received 3,223 complaints, up from 2,477 in 2008.

The desire to turn the volume down isn't just about quiet, it's also about peace. Our lives are busy and stressful outside the home, so the idea of a tranquil refuge is appealing. And it's profitable. A growing industry of sound-reducing products is capitalizing on the luxury of silence, with soundproofing products and appliances designed to operate at lower decibel levels often priced at a premium.

Toronto's Mike Monteclavo went from the window business to the soundproof-window business three years ago after customers kept asking about noise-reducing options. The promise of the niche market was obvious. Monteclavo estimates his bquiet Soundproof Windows has grown its sales by at least 50 per cent annually.

Bquiet's windows are installed in front of an existing pane on the inside of a home, which makes them especially attractive to noise-plagued condo owners, who often are not allowed to remove existing ones, Monteclavo says.

Michael Eisner was ready to flee his downtown Toronto condo because of the racket from nearby condo tower construction. A neighbour who installed bquiet windows suggested Eisner do the same.

"We're surrounded by cranes and noise and drilling and all that. It was driving me crazy," Eisner says. "Now I can sleep quietly."

Cal LaBelle, an acoustics manager for Dryco, a Langley, B.C.-based company that sells soundproof drywall and related products, has heard many "horror stories" from customers who are condo owners. "It ranges from they can hear their neighbour slamming their cupboard doors to couples having sex," he says.

Noises from outside the home, the place where we most expect or want peace and quiet, are frustrating, but the ones coming from inside the home can be just as irritating.

An Ipsos poll conducted in 2007 found that noise reduction was the third most important factor among consumers of household appliances, slightly behind price and energy efficiency.

Many appliance brands have picked on this trend and are prioritizing sound abatement. "Product manufacturers seem to be responding to what people want in terms of quieter products," says Eric Wood, a principal at Acentech, a Boston-based acoustics consultancy company that has worked with multiple brands to reduce their products' noise.

"A product that is noisy is just not acceptable in that environment," he says.

But it's hard for buyers to know how loud an appliance will be before using it at home.

"If you go into a store and you see 12 different dishwashers sitting there on display, none of them are operating so you don't know which one of them is noisy and which one is quiet," says Acentech's Wood, who is also president of the Institute of Noise Control Engineering, a U.S. non-profit organization that promotes engineering solutions to sound problems. So the institute is developing a product noise-rating system to help consumers make informed choices.

Poppy Elliott believes quiet will one of the most coveted elements of homes in the future.

"The next phase of this is to speak to property developers at the embryonic phase of builds to try to build in acoustic design as just as important as the aesthetics of a way a building looks," she says. 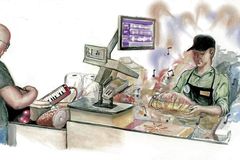 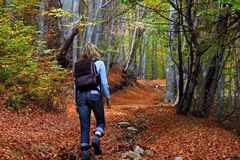 Review: In Pursuit of Silence: Listening for Meaning in a World of Noise, by George Prochnik
June 8, 2010