The first time Kelly Oxford visited Los Angeles as an adult, she went with a girlfriend, $200 and a dream: to meet Leonardo DiCaprio. Titanic hadn't been released yet, but she knew the film was coming and he was going to be a big star. This was the teen Canadian's one chance to make Leo her boyfriend.

Ms. Oxford, now 35, is back in L.A. these days – and not just for a crazy girls' weekend. The Edmonton-born stay-at-home mother of three has become the Twitter poster child and living proof that a quick (or at least brief) wit can land you in Hollywood. She still hasn't met Mr. DiCaprio, but she's sold her Calgary home and is living in the Hollywood Hills, running with the A-listers: she's bunked at Jimmy Kimmel's place and collaborated with Jessica Alba. Also, she has way more than $200: On Tuesday she releases her first book, she's sold two TV pilots to the networks and a film script to Warner Bros. – which Drew Barrymore has agreed to direct.

It was Twitter that first won attention for Ms. Oxford, then a Calgary mother offering pithy commentary on child-rearing, pop culture and everyday life.

Mr. Rogen says he became aware of Ms. Oxford when someone he knew retweeted something she wrote. "It was hilarious," Mr. Rogen writes in an e-mail. "I clicked on her profile and found myself reading hundreds and hundreds of her tweets, laughing out loud. … She was really one of the first people who made me realize there was a world of people on Twitter I'd never heard of who were just as funny, if not funnier, than people I had."

Twitter made Ms. Oxford a star, but with Everything Is Perfect When You're a Liar, her book of essays, she proves she's got way more than 140 characters in her.

"Twitter's such a small little blip in my entire life. I've been putting stuff online forever. I've been writing stuff since I was a kid. The progression has been very normal," Ms. Oxford said from her L.A. home late last week. "I've never really tried to get this career. I've always just done what my passion is. And it's all just sort of fallen into my lap."

An early Internet adopter, Ms. Oxford has been blogging for years, but had never written professionally before her world blew up, not quite three years ago.

"I was completely happy being the stay-at-home wife in Calgary and driving [husband] James to the C-Train station every morning and picking him up and picking up the kids and taking them to school and hanging out in Superstore … writing about something that I saw at Superstore that was ridiculous, posting a picture from the drive – that was my life. I was totally fine with it. And then all of a sudden I get this opportunity and I get these agents calling me and I'm like, 'Oh right, it's not going to happen.' "

She remembers the turning point, when writing went from being her passion to a possibly viable profession. She was in her living room, laughing and crying after a call from her agent: CBS had bought her script. The Mother of All Something – with Ms. Alba executive producing – was based on Ms. Oxford's life as a Calgary mom. The pilot didn't get picked up, but it gave her some major Hollywood cred.

She wrote another pilot; NBC bought it. Again, it did not get picked up.

So she wrote a film script about a young woman who's part of a Jackass -type prank-pulling posse of women and then gets pregnant. Ms. Barrymore, who recently had her first child, has just attached herself to the project as director, after talking about it with Ms. Oxford for months.

Ms. Oxford has been mentored and encouraged by some big names: Jhoni Marchinko (Will & Grace); Mr. Kimmel, whose house she stayed at repeatedly during trips from Calgary before moving down to L.A.; Diablo Cody (Juno); Cameron Crowe (Jerry Maguire) – whose e-mails of encouragement she posted on her bulletin board for inspiration.

Ms. Oxford recalls freaking out when she noticed Mr. Crowe in her backyard at a surprise birthday party her husband had thrown for her. The Almost Famous writer-director was dangerously close to the pool house, where she does her writing. "It turned into me going: 'Don't let Cameron into the pool house. … Don't let him in there because all of his e-mails to me are up on the board for inspiration," she remembers. "He's been so huge for me. His movies, his writing everything. He just slays me every time. And to have him in my corner means the world to me."

After going back and forth between Alberta and California for months, Ms. Oxford finally moved to L.A. with her family in July for a six-month trial. In November, they sold their house in Calgary.

"[James] said when we're 75, living in Canada, we'll think, why didn't we try it? We could have just gone down there and checked it out. ... Let's just go down there and have great weather for the entire year. And you can go and do your things and not have to go back to Jimmy's house. You can come back to our house and hang out with the kids," says Ms. Oxford, whose children are now 11, 9 and 4.

The kids provide some of the comedy in her book, but this is no mommy memoir. Nor is it merely a based-on-a-Twitter-feed venture, à la Justin Halpern's Sh*t My Dad Says. The stories, essentially chronological, trace Ms. Oxford's life from a six-year-old trying to produce a Star Wars play with the neighbourhood kids; to a 14-year-old experimenting with alcohol; to a 19-year-old living in a creepy camper van; to a young mother going back to school to learn rehabilitation assistance; to a trip to Vegas at the invitation of David Copperfield (a fan from Twitter, of course). And yes, there's the L.A. adventure where Ms. Oxford and her pal never get anywhere near Mr. DiCaprio. ("I don't want to meet him," she now says. "It's too much now that I've let that story out. I can't play it cool anymore.")

Ms. Oxford, who has made-for-Hollywood looks, doesn't hide her warts in the book. "I wanted to tell stories about all the times that I've messed up or done something crazy or thought something crazy," Ms. Oxford says. "I wanted to admit to all these things. … I think everybody does it, but we all try and keep ourselves composed or worry about doing these "insane" things or crazy choices because we're told there's a certain way to do things.That's why I named the book Everything Is Perfect When You're a Liar. Because there's no such thing as perfection."

Not even DiCaprio – although Ms. Oxford may never know firsthand.

Check out some of Kelly Oxford's best tweets
April 2, 2013
Blogger Kelly Oxford will be a TV character - thanks to Jessica Alba
March 14, 2011 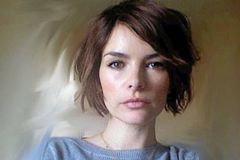 Have you seen the revamped LGBT logo that's burning up social media?
March 27, 2013 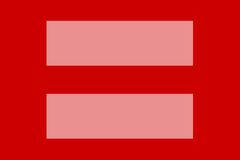