There are 25.5 million pets in Canada, and we're spending more on them than ever before. These stories explore how the animals among us are shaping us all.

If man has such an impact on the environment, why not its best friends – especially now that they are so numerous and so often treated like people?

Researchers say the global population of dogs and cats has passed 800 million, not to mention the many other weird and wonderful creatures (the most peculiar, according to one poll, being the Madagascar hissing cockroach) that share our homes.

And they all have to eat. This year, a federal report says, Canadians will spend more than $1.5-billion on nearly a half-million tonnes of dog and cat food (hissing cockroaches like it as well).

Globally, the figures are about 20 million tonnes, worth $55-billion (U.S.), says Kelly Swanson, a specialist in animal nutrition at the University of Illinois.

Producing that much nourishment comes at a cost, and Prof. Swanson is among the growing ranks of scientists so concerned about the ecological footprint of pet ownership that they have begun to quantify it, asking how green, rather than how much, is that doggie in the window?

The early indications are grim. From the land, fossil fuel, fertilizer, pesticides, water and machinery required to grow, package and transport their food to the array of products for grooming animals and keeping them healthy and the mountain of waste they produce – 620,000 tonnes a year by Canadian dogs alone – pets are putting the Earth under ever-greater pressure.

'When you look at dogs, their needs are very, very simple'

More than half of all Canadian households have at least one pet, according to a 2008 survey for the Banff Summit for Urban Animal Strategies. The national population of dogs and cats is nearly 14 million – a figure that industry analysts say hits about 158 million when those in the United States, the source of most Canadians' pet food, join the mix.

Compounding pets' environmental expense is the fact that, as well as their collective consumption, they now eat on average more as individuals – often far more than they need.

This is due to a trend that marketers happily call "humanization." Owners increasingly treat pets like people, so it may stand to reason that society's obesity problem has trickled down.

"This is really about a commercial system we have created," says Patricia Cameron, executive director of Green Calgary, a non-profit agency that helps to reduce ecological footprints.

"When you look at dogs, their needs are very, very simple."

Yet most commercial foods contain double or triple the protein that studies show animals need. It's the protein – whether it comes from carbon-intensive fish, lamb or beef – that is the biggest contribution to the environmental footprint.

Producers use some ingredients that are castoffs from the human food chain – which is an eco-benefit – but not enough to offset the willingness of many animal lovers to pay a premium for pet cuisine that channels something they, too, find appealing.

For feline foodies, top-selling Whiskas pitches Cuts With Real Chicken & Liver in Sauce, part of a line that lets owners "indulge your cat's sense of taste with … real poultry, meat, or seafood."

This culinary emphasis helps to explain why analysts expect global sales to jump in the next three years by more than one-third to nearly $75-billion (U.S.).

Clearly, such a thriving business provides profit and employment, but at what cost? For example, New Zealand eco-footprint experts Brenda and Robert Vale analyzed the environmental toll of producing pet food for their 2009 book Time to Eat the Dog? The Real Guide to Sustainable Living. They came to the remarkable conclusion that owning a medium-sized mutt is twice as environmentally expensive as making a Toyota Land Cruiser and driving it for a year (10,000 kilometres). By comparison, they found cats to be about one-fifth as needy, roughly equal to doing the same with a Volkswagen Golf.

The Vales' findings caused a sensation, quickly followed by soul-searching, outrage and added attempts to pin down Fido's eco-pawprint. In his study of pet foods' nutritional sustainability published in March, Prof. Swanson found that so many owners now overfeed so much that more than one-third of U.S. cats and dogs are overweight. They, along with their owners and society at large, are paying a price. Providers of U.S. veterinary insurance – whose policies cover treatment for such weight-related maladies as doggie diabetes and cat asthma – recently revealed that obesity cost them $34-million in claims last year.

Clearly, Prof. Swanson says, "from an environmental standpoint, pet food could be much more sustainable."

And, of course, what goes in must come out. Ms. Cameron, a former head of the Calgary Humane Society, has calculated that each of the city's 125,000 or so dogs produces more than one-third of a kilo of waste a day, or more than 15,000 tonnes a year – 620,000 tonnes nationally.

"It kind of staggers the imagination," she says. "And it's going to landfill every single day."

Not all cities consign it to landfill. Some, such as Toronto and Vancouver, allow pet waste to be recycled or even flushed. How much of the solid-waste stream do pets contribute? A city official says Toronto hasn't tried to work it out, but a study in San Francisco a few years ago suggests that pets account for about 4 per cent of municipal waste, roughly the same as dirty diapers.

Humanizing pets goes far beyond feeding them ersatz foie gras for dinner. Veterinary care now runs the gamut from prescribing Prozac when they're blue to using chemotherapy to fight cancer.

But completely arbitrary consumerism is what most irritates the conservation-minded. Ms. Cameron recently spotted a woman buying no fewer than eight little outfits, all imported from China, to dress up her Shih Tzu. She loves dogs, and has taken in two rescued from unfit homes, but the head of Green Calgary had to wonder how much it had cost the planet to dress one furry fashionista.

Even people who worry about their own carbon footprints can be blind to that of their pets. Vancouver filmmaker Helen Slinger attended a public meeting to register, vehemently, her opposition to a proposal that would limit the ability of her 13-year-old mixed breed to run off-leash near the local watershed. The next morning, she confesses in her blog, she awoke to realize that, in doing so, she had left her environmental chops at the door.

The experience inspired Dog Dazed, her film about the social and eco-impact of canines that aired this spring on the CBC.

Cat Ladies, made in 2009, comes at the subject from a feline perspective, and Suzanne Mullett, its associate producer, says the fashion-conscious Shih Tzu owner has nothing on some of her subjects, who have closets filled with kitty couture. "I think it's really all about them and what they want," says Ms. Mullett, general director of the Resource Centre for the Arts in St. John's. "That's where the consumerism comes in."

She owns three cats, and admits to having had weak moments herself. She used to buy pet food that resembled chicken chunks swimming in pumpkin juice, and shelled out for cute hats and decorative collars her cats would not wear.

"Animals are not the ones perpetuating this," says Ms. Mullett, who recently saw a woman in Chicago pushing a dog in a baby stroller. "We're still in control."

Fido should shed a few

If we are in control, what can we do? Prof. Swanson, the nutrition researcher, suggests putting all fat cats and dogs on a diet. Pet-food makers could reformulate products to contain less protein and be more easily digested (thus producing less waste). It would reduce demand while lessening the supply chain's environmental impact and producing happier, healthier pets – if, that is, their owners will buy the stuff.

Cities such as Toronto and Vancouver already limit the number of pets per household. But how well are such restrictions observed? One woman in Cat Ladies has a whopping brood of 200.

Of course, it's hard to imagine a municipal bylaw that outlaws treating a pet like a person – citizens have a right to pamper whom and what they please.

But Suzanne Mullett says that, for her, it boiled down to a simple matter of dollars and sense. "I decided I'm not wasting any more of my money for the cheap thrill of watching my cats walk around in cowboy outfits." 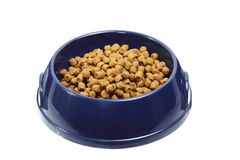 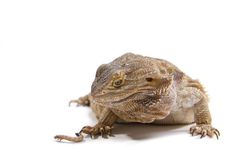 Our pet-obsessed culture: What does it mean for humans?
August 2, 2013 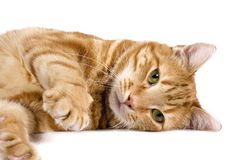 Why there’s nothing wrong with anthropomorphism
August 2, 2013 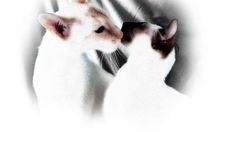