November is high season for the hirsute. Everyone from postal workers to MPs get backslapped for sporting Sergeant Pepper 'staches in the name of prostate cancer research – and starting this year, men's mental health, too.

But let us not get too excited about Movember and its clever tagline, "changing the face of men's health." After all, November is also Canada's official Crohn's and Colitis Awareness Month. These diseases of the small and large intestines have a devastating impact on the overall health of one in 150 Canadians, and there is no cure. Have you heard the water-cooler chit-chat about inflammatory bowel diseases?

Probably not. Ulcerative colitis is arguably no less palatable than cancer affecting the male genitalia. However, the hipster mustache has done for prostate cancer what pink ribbons did for breast cancer and Michael J. Fox is doing for Parkinson's disease.

In the words of New York graphic designer Jacob Johnson, "it's edgy, it's modern, it's simple, it's sexy."

Campaigns such as Movember are "incredibly creative strategies" in today's competitive fundraising market, notes Kerry Bowman, a medical ethicist at the University of Toronto. But the dominant marketing model leaves "a lot of funding orphans – and that's a big concern."

As Bowman points out, "there's not a direct relationship between the diseases we hear most about and either their occurrence in society or the lethality and the amount of suffering they create."

Instead of using catchy symbols, the Crohn's and Colitis Foundation of Canada relies on research data to get the word out. Its 2012 report stresses that inflammatory bowel disease is on the rise in Canada and costs the nation an estimated $2.8-billion annually.

In a good year, the organization raises $7-million for IBD research, thanks in large part to ongoing support from M&M Meat Shops.

At an individual level, any disease is important if you or someone you know is affected. But amid the clamour for public funding dollars, Bowman says, the biggest threats to Canadians' health may be drowned out.

Lung cancer is the leading cause of cancer death for both men and women, and cancer in general claims more lives than any other cause. According to Statistics Canada, the five-year survival rate for lung cancer is just 16 per cent, compared with 88 per cent for breast cancer and 96 for prostate cancer.

As a charitable cause, however, lung cancer has an image problem because the public mistakenly believes smoking is the only cause of the disease, Bowman says. "People see it as a person's own fault for smoking."

The relative impact of different diseases is also skewed in the public eye.

Rheumatoid arthritis, a debilitating autoimmune disease, affects 1 in 100 Canadians but doesn't get nearly as much press as multiple sclerosis, which strikes 1 in 500 to 1 in 1,000 (depending on the province).

Celebrity endorsement continues to do wonders for a disease's profile. In the past 12 years, the Michael J. Fox Foundation has generated $275-million for Parkinson's.

But the spotlight on diseases championed by celebrities may leave others in the shadows. Epilepsy, a disorder that triggers life-threatening seizures, affects 1 in 100 Canadians and usually appears in childhood. Almost a third of people do not respond to medications used to treat the life-long disorder, yet Epilepsy Canada raises just $500,000 in a typical year.

The Crohn's and Colitis Foundation had more luck: BC Lions football player Angus Reid and handyman Mike Holmes's daughter Amanda have spoken publicly about having inflammatory bowel disease. But Kevin Glasgow, the foundation's CEO, acknowledges the organization hasn't captured the public imagination in quite the way as Movember has.

"I don't have a gimmick I can pull out of my pocket," he says. "We are looking for sustainable support."

Bowman cautions that "wacky campaigns" run the risk of trivializing diseases and the suffering they cause. Not every patient sees the humour in unkempt facial hair or polka-dotted Think Pink boxer shorts, he says. "The sensationalism of it all can make them very uncomfortable."

On the flip side, a person buying merchandise linked to a cause may have the false impression that he or she is making a "huge contribution" to the most pressing medical need, Bowman says.

In an ideal world, he adds, fundraising groups and ministries of health would participate in a form of "ethical triage" that would inform the public of the top priorities in the medical field as well as the prevalence and severity of various diseases.

Instead, this kind of analysis is "very much lost" in typical fundraising campaigns, he says.

A stiff upper lip: Is Movember helping anyone?
November 1, 2012 How edgy can fundraising be without putting people off?
June 11, 2012 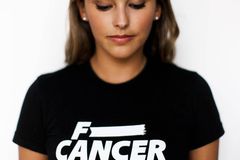 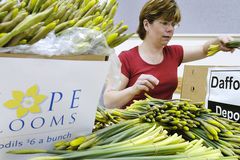