John Wood was making big money as a senior marketing executive at Microsoft when he made a life-changing trek in Nepal. There, he met a so-called education resource officer who had zero resources – not even books – to give to students. "We are too poor to afford education," the man told Mr. Wood, "but until we have education, we will always be poor."

That hundreds of millions of children will never get an education simply because they were born in the wrong place at the wrong time hit Mr. Wood, a book fanatic, right in the gut: He quit his job and created Room to Read, which partners with communities and governments in Asia and Africa to build schools and libraries, and sends girls to school on scholarships. The organization has also published more than 700 children's books, written and illustrated by locals, in 27 languages, including Swahili, Nepali and Lao.

Making all that happen doesn't come cheap, but Mr. Wood insists that even a little money goes a long way. But to make sure that the money Room to Read raises goes to kids not overhead, Mr. Wood, who has a master's degree from the Kellogg School of Management, has squeezed free office space from investment-banker backers and "begs, borrows and steals" frequent-flyer miles from whomever is willing to hand them over. "Our pitch is all about the fact that a little bit of money goes a long way," he says. "Most kids in the developing world would kill for what we have. This is an opportunity to pay it forward." The Globe and Mail talked to him about his new book, which chronicles how he turned a do-good idea into $50-million-a-year organization.

You quit a lucrative job at Microsoft at 35 to do this. What were you thinking?

In 1998, I was doing an 18-day trek through the Annapurna Range in Nepal with a Canadian friend of mine. We met a headmaster who was really excited to show off his school. I saw dilapidated conditions, dirt floors, 80 kids crammed into a room that probably should've held no more than 30 – and a library that was completely devoid of books. We went back a year later with 3,000 books on six rented donkeys. We had set up a library, and it hadn't been all that difficult. And then I looked at the fact that it needed to be replicated hundreds, if not thousands, if not tens of thousands, of times in other parts of the world. The entrepreneur in me got really excited about the fact that, if we could get this right, we might just have a lever with which to move the Earth.

Believe it or not, we're at 15,000 libraries now. It's depressingly easy for our local teams to find under-resourced communities. We combine that with world-class fundraising. In the last five years, we've opened an average of six libraries a day.

In your book, you talk about your "big, hairy audacious goal." What is that?

Originally, the BHAG was to reach 10 million children by 2020. And I was told that was a really crazy goal, given we were a little bootstrap organization. The good news is that we're going to reach 10 million children five years early, by 2015. Now we're thinking bigger than ever. We want to help lead a global movement that says, no more – no more do we live in a world where kids can lose the lottery of life. We want every sentence to start with the words "every child" – every child has access to schools, every child has access to books, every child has access to a library and to literacy. We want to forever end the notion that any child can be born in the wrong place at the wrong time. We think that idea belongs in the scrap heap of human history.

You say inCreating Room to Readthat literacy is as vital as food, security, even tackling climate change. Can books really save the world?

Books will be one part of a solution that helps kids to get educated, and educated people become self-sufficient. A lot of countries that at one time needed foreign aid picked themselves up out of poverty by the power of education: South Korea, which now has one of the highest GDPs per capita in the world, Singapore, Hong Kong, Taiwan. With education, you have a much higher income, a much healthier family, a much longer lifespan. Obviously we still have to do this for a billion people who are living on a dollar or less a day, so it's not like it's going to be a magic wand, but I think if we take a 20-, 30-, 40-year run at it, our hope is that one day, a billion adults will be able to say, hey, I got lucky – I got educated, even though I was born in Sierra Leone, Nepal, Sri Lanka – insert your favourite poor country here.

Tell me about the idea of the so-called challenge grant.

Too much of foreign aid, in my view, is a free gift. We wanted communities to co-invest, to prove that they valued the project and also because it would make things much more sustainable in the long run if they had a sense of skin in the game. Room to Read puts in 70 or 80 per cent of the resources, but we give the community credit for non-cash contributions, like digging the foundation and sawing the logs to build the bookshelves. We also work with the ministries of education to provide teachers and librarians, and to pay them regular salaries. So it's really a three-part agreement. And it's much more sustainable – 98 per cent of our libraries are still up and running.

What's your pitch to potential investors?

A little bit of money goes a long way. Two hundred and fifty dollars is enough for a girl to go to school for a year. Five thousand dollars is enough to open a library in Cambodia or Nepal. We try to remind people that we're among the luckiest people in the world. Things aren't perfect, but most kids in the developing world would kill for what we have.

Is there one kid who keeps motivating you?

That is tough. But I write in the book about being in Vietnam the day one of our libraries opened, back in 2007. A 12-year-old boy came up to me and gave me this really firm handshake and said, in perfect English, "I want to thank you for our library, Mr. Wood." And I said he must be excited to get in and start reading books. He told me he'd actually been in the library the night before – he had climbed in through the window with a flashlight and read nine books. And I thought about myself as a kid, reading under the sheets with a flashlight, secretly reading late into the night. And I thought, this library did not cost us a lot of money, but it means so much to these kids.

Teen who built a school in Nepal is more than just 'that fundraiser girl'
November 4, 2011 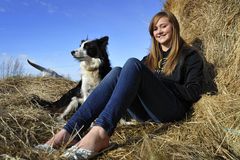 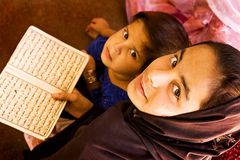 Street kids go to school
December 17, 2007
See what kids eat for lunch around the world, from Brazil to India
September 11, 2012 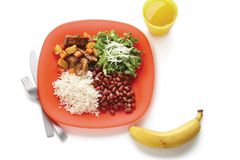