You aren't rich. You don't play in a band. Your six-pack is what's chilling in your fridge, not what's chiselled across your abs.

Don't sweat it. As long as you know your way around a kitchen, you're a hot commodity on the dating scene, says Spencer Walker.

Mr. Walker would say that. The Los-Angeles-based writer and former sous-chef and private chef has just published Cook to Bang: The Lay Cook's Guide to Getting Laid, spun from his website of the same name.

It's the latest in a long list of cookbook titles such as Win Her with Dinner, Will Cook for Sex: A Guy's Guide to Cooking and Cooking to Hook Up: The Bachelor's Date-Night Cookbook, aimed at turning average Joes into kitchen Casanovas.

For cooktharios, cooking isn't just about making a good impression; it's foreplay.

JD St. Michael, 27, of Renfrew, Ont., a devoted follower of the Cook to Bang website, says he has been using recipes from the site for more than a year with favourable results. "My partners are always pleased," he says.

Before he began courting through cooking at home, Mr. St. Michael says, he was spending hundreds of dollars taking them out to restaurants - a ritual that was far more expensive and less intimate.

"I can blow $200 on dinner, but it still doesn't show any of my talents, really," he says. "Yeah, [it shows]I know how to make money and spend it - some girls like that - but it's almost better to do it at your house … because it gives them a more personal view of what you're like. ... I think if you're a little more personal with them, like, 'My bedroom's down the hall,' you might have better luck."

Mr. St. Michael says he's had so much success with Cook to Bang recipes that he decided to pay it forward by sharing his own formula online for a vegan squash soup he used to charm a date. His recipe is now posted on the Cook to Bang site as "Butter-my-nuts squash soup."

Mr. St. Michael acknowledges that the tongue-in-cheek language can be a turnoff. But he notes that he doesn't take the machismo seriously.

Mr. Walker, meanwhile, makes no apologies for his bluntness.

"The thing is, subtlety doesn't always work with people," he says. " Cook to Bang, it's very direct. ... It sounds exactly [like]what it is."

"As guys, we're a simple breed. I think you're lying to yourself if [you think]a guy doesn't say, 'Yeah, I want it for my wife, for my date,' " says the California author. "We're always trying."

Cooking works as a seduction tool, Mr. Fino explains, because it's a simple act of chivalry executed for the benefit of the individual being courted.

"She's not going to be impressed that you can hit a golf ball 300 yards down the fairway or you've got the successful-sales-of-the-month award," he says. "But when you do something with her in mind, you end up looking that much more attractive in her eyes."

Mr. Fino warns that men should consider the tastes of the objects of their desire. For instance, while some men like to show off their grilling abilities, a large steak or rack of ribs isn't necessarily what their dates want to eat.

Mr. Fino's partner of 10 years isn't much of a cook, and leaves most of the daily meal preparations to him. But, he jokes, "I remind her every time I'm doing it: 'I am the Will Cook for Sex guy.' "

In Los Angeles, Mr. Walker is busy expanding Cook to Bang into a mini-empire, including a consulting business of sorts. After taking one-on-one cooking lessons from Mr. Walker, Luke Lieberman, 31, says he was dating up to five women a week - until he met his fiancée, Shannon Kingston.

"I kind of did the Cook to Bang thing … with a bunch of girls, but the real coup de grace with me really was Shannon," he says. With her, he's taken more of a Cook to Get To Know approach. "Ultimately, if it's someone you want something more with, you're better advised to take things slow."

Mr. Lieberman invited her over to his place on their second date and prepared an "orangasmic" citrus fish dish over salad.

While the dinner didn't lead them to the bedroom that night, Ms. Kingston says she was swept off her feet by Mr. Lieberman's sincere effort to create a delicious meal.

"It wasn't just about trying to get me in bed or anything like that," she says. But "I mean, it definitely worked. I was definitely digging it. Oh yeah."

Ketchup on steak au poivre? No shrimp? Food could be your relationship deal-breaker
May 27, 2010 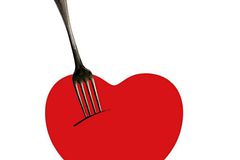 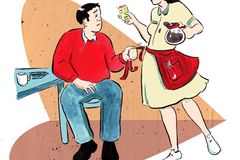 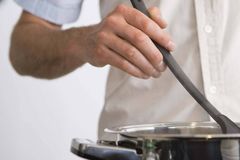 Are men genuinely afraid of the kitchen?
December 7, 2010 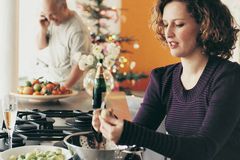 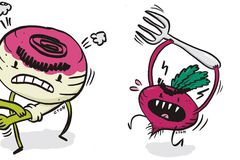 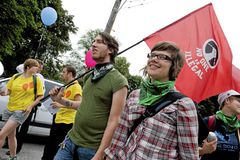