Ric Wallace of London is a strong believer in making his own luck. Not just a believer - he calls himself a Luckologist. He is convinced luck can be created, tracked and forecast.

"I consider myself a money magnet," says Mr. Wallace. "If I go out for a walk, I usually come home with a couple dollars in change."

Over the past eight years, he has won thousands of dollars in various lotteries, as well as a dream home. Mr. Wallace, 50, says people can anticipate when a lucky streak is due by looking at patterns. A run of bad luck often means good luck is waiting to happen, he says.

"Financial analysts track how stocks are doing. You can do the same thing with luck."

His website lotterysquirrel.com, which refers to the lucky charm - black squirrel coins and other ephemera - he has trademarked, had more than 500,000 hits last year, he says, by luck believers.

If you've been hoping to cash in on some good fortune, what better time than in the Chineseyear of the rabbit, beginning Feb. 3 and touted as the luckiest of the zodiac? But if the rabbit - or the squirrel - gives you the cold shoulder, refrain from looking to the stars, because according to researchers in France, auspicious souls were not born under a divine constellation, they learned to be lucky.

Alan Kirman and co-authors at Aix-Marseilles University suggest that we can learn to behave in a way that will put us in control of our own fortune. The study Born Under a Lucky Star? is published in the current issue of the Journal of Economic Behaviour & Organization.

"People learn to put themselves in one group," says Prof.Kirman. "The lucky ones are not intrinsically lucky. Their experience has taught them to behave that way."

Like finding a parking spot with the shortest walking distance to the university, one driver will be lucky, find that spot and be encouraged to look for a similar spot next time, Prof. Kirman says. But another driver won't find the spot and will be relegated to the costly parking garage. Next time he will choose a spot further back to avoid the possibility of ending up in the garage.

"You have to keep experimenting. If you don't try any more, you'll never be lucky."

Some are skeptical about the innate power of luck. Peter Darke, marketing professor at York University in Toronto, says many people mistake luck for probability and have the idea that luck or chance tend to be offsetting.

"If I flip a coin and it comes up heads 10 times, people will say it's likely to change to tails next time," says Prof. Darke. "But one event does not relate to the next event. It's always 50/50."

Still, Prof. Darke says luck can affect performance when an element of skill is involved. He became interested in the role luck could play in investment and wrote the paper, Lucky Events and Beliefs in Luck. He found that it wasn't luck, but the belief in luck that caused people to perform better in a series of betting experiments.

"People who think they're lucky respond with more confidence about the future. Others will be more conservative."

There is such a thing as too much belief in luck. That overconfidence can lead to detrimental behaviour and an illusion of control.

"It could have a catastrophic effect," Prof. Darke says, "if you think it's your lucky day, take all your money and put it on the roulette table to bet on one number. These beliefs in luck keep people at the table longer."

William Ziemba, professor emeritus at the University of British Columbia, says luck has little to do with betting or financial success in general. He runs a hedge fund and also bets on horses.

"It's about turning luck into skill," he says. "It's about research."

Even playing the lottery contains an element of research, he says. Playing unpopular numbers, higher than 31, or ones that end in zeros and nines, for example, will yield bigger payoffs should you win, because you're less likely to have to split the prize.

While Prof. Ziemba has been successful in investing in the markets, luck believers like Mr. Wallace choose to put stock in something else.

"I don't play the stock market. I'd rather put my money into luck," he says. He trusts believers in luck will see a good year in 2011.

For those who think believing isn't enough, Prof. Kirman suggests making an effort to get some luck of your own.

"You have to keep trying, otherwise you learn to be unlucky. If you're getting poor results, change the way you behave now and again. Don't settle to be the guy behind the eight-ball." 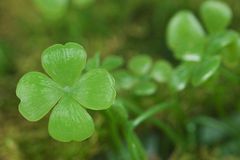 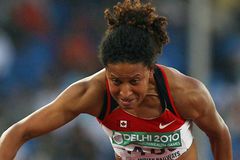 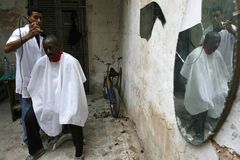 Opinion
Wheel of fortune: Canadian politics is all about lady luck
January 20, 2010