These days sure seem like a golden age of photography, don't they? All these slim iPhones and stout digital SLRs sporting near-infinite memories and built-in photo processing, with first Flickr and Facebook and now Instagram and Snapchat giving more and more practised photographers a place to display more and more pictures.

Can anyone deny that digital photography embodies the now-universal hobby of self-expression, even a new consciousness – an all-visual lingua franca to better display the deepest meanings of human existence?

I fear for organizations such as the Chicago Sun-Times, which last month laid off all of its camera pros in favour of cheaper, crowd-sourced iPhonography. They will get what they pay for.

This spring, I was an adjudicator of the 2013 Banff Mountain Film and Book Festival photography competition. This week, my three fellow judges – all professional photographers and curators – and I announced that we couldn't find a winner, and won't be awarding a prize for the first time in 18 years. There isn't even a runner-up.

The contest required photographers to submit striking and well-composed images to tell a visual story, a photo essay, about wildlife or wilderness – important subjects on our climate-challenged Earth. The gold standard for photo essays was established by Life magazine in the 1950s, and is sustained to this day by National Geographic and what is left of agencies such as the famous Magnum Photos collective.

We saw more than 500 entries. Not one of them did the job. The interesting question is why. Human beings have taken an estimated 3.5 trillion photographs since the first snapshot, of a Paris street, appeared in 1838. As many as 20 per cent were uploaded in the past two years. Why are most of them so forgettable?

Our jury gazed upon any number of beautiful images: astonishing pictures of the aurora borealis, climbers in Peru, mountains in China, of bears and bobcats and birds both here and abroad. We saw technically brilliant photographs, superbly (or, more often, overly) Photoshopped. But none of them managed to tell the simplest of stories.

A story is a cohesive account of events in which something is at stake – a beginning, middle and end tied together with characters, scenes and details (long shots, mid-shots, closeups) that lead to a climax and resolution (or not).

Even the entries that were remotely in the neighbourhood of telling a story – and most were hopelessly lost – were edited incomprehensibly. (Not experimentally. Incomprehensibly.) In other words, the best photographic sequences taken by amateur and professional wilderness photographers alike had no perceptible story, and therefore no significance.

Conrad Habing, one of my co-judges, a former fine-art photographer who has since turned to painting, dubbed it "an incredible surge in mediocrity." The entrants "were trying to make up for a lack of vision with a bag of tricks" – vision being "a point of view that says something about yourself."

Another judge, Craig Richards – an internationally exhibited photographer, and the curator of photography at Banff's Whyte Museum of the Canadian Rockies – was even blunter: "People take photographs because they can, not because they should."

Like Mary Ellen Mark, the renowned New York documentary photographer who has shot everyone from Don Ameche to Lou Reed, Mr. Richards still shoots on black-and-white film. "When I'm shooting film, I have a finite number of images," he said. "And I really have to think about what I'm shooting. And this is where I think we're going: People no longer have to think."

He put it down to the habits created by TV and other fetch-all technology: "Instead of looking at something, we'd rather sit down and have it entertain us."

I subsequently called Ms. Mark herself in Manhattan. She was running for a plane. "It's not the technology that makes a great picture," she said. "It's the content. I think we're missing something. It's sad. I miss content. I think we need more content. Technique and content are not the same thing. Everyone's entitled to take pictures. But it's not easy to take a great picture. Too many snapshots."

Very much too much

of a good thing

Maybe it's harder to be moved by a photograph these days because there are so many of them. The numbers are inconceivable. Photography has always had its cheesy side – by the 1960s, 55 per cent of all pictures taken were of babies. But there are more than 2.6 billion camera phones on the planet today. Facebook alone has been known to upload six billion photographs in a month. We snap as many pictures today, every two minutes, as were taken in the entire 19th century, another boom time for photography.

The volume alone guarantees that most are forgettable. So why do we take them? For the same reason addicts are addicted to anything: to kill the pain of awareness, the uncomfortable difficulty of actually seeing. I admit that this is just a theory, but I watch tourists take the same four photographs minute by minute, hour by hour, day after day in downtown Banff, and it's a strangely upsetting experience.

Mr. Habing, my co-adjudicator, explained why. "They take the picture and then they show it to the people in the photograph: 'Look, I've captured us. I've captured our moment.' And after they've shown them the picture, I know it will never be put on a wall. It was more about getting the stamp of approval." (The pictures we actually need to see are the ones on our desks, on our walls, in our wallets, in our minds.)

We crave the instant gratification and collective approval that the Internet deals out to us and photograbs are the fastest way to get it, the visual equivalent of a hypodermic drip.

The Edmonton writer Ted Bishop has pointed out that in a culture where print and ink are disappearing, more and more people get tattoos: They satisfy our desire for permanence, for the stain of the real. As we live less and less physically and more and more virtually, we take pictures as substitutes for the real.

We seldom look at them again (all those iPhoto files, stacked up into the past!) because that isn't their point: They aren't memories of where we were, who we were and how we felt, so much as certificates that we physically exist – at least until the certificate expires, and we need to take another photo to re-establish our corporeal existence.

'It's the not knowing that drives me to shoot more'

This isn't to say all digital photographers are forgettable. Look up the work of Paolo Pellegrin and Peter van Agtmael and Christopher Anderson on Magnum Photos' website. Better still, read The Online Photographer, the blog of Mike Johnston, a digital photographer who writes about his attempts – his successes, but more often his failures – to tell cogent and moving stories in pictures. It's the struggle that makes visual work interesting.

Larry Towell, a member of Magnum Photos and one of the world's best documentary photographers, doesn't use a digital camera. He prefers black-and-white film because it's "more emotional," because he never knows if he's got the shot or not.

"It's the not knowing that drives me to shoot more," he told me by phone. "I'm waiting for a certain moment. It's a feeling. More intuitive." It's a mystery – one that makes the rest of us nervous, so we prefer digital.

Mr. Towell has photographed everything from the post-earthquake aftermath in Haiti and the lives of Mennonites in Ontario (he lives near London, Ont.) to Wall Street on the morning of Sept. 11, 2001. He recently returned from an extended stay at Attawapiskat, the impoverished and controversial First Nations territory on James Bay.

But he doesn't have to leave his property to find something worth looking at again and again. One of his most memorable photo essays is an ongoing series of pictures taken from the front porch of his house: his kids playing on a toboggan in a blizzard, his wife's belly, the dog. They mean something to him, and to the rest of us as well – they remind us of the kinds of details we care about, whether we realize it or not.

When he returned from Haiti, Mr. Towell didn't look at the photographs he had taken for a month. That way, the ones he didn't like might become his favourites, and vice versa. "Time changes the image."

Good pictures that tell a story, he said, are always about other people. But when "everybody with a phone thinks they're a photographer," the result is "the autobiographical and the narcissistic."

Mr. Towell's grandparents used to have their picture taken once a year, and they had to dress up and go into town to have it done. He cherishes those photographs today. They are a record of what was. But he fears that his granddaughters won't have any memorable photographs of their own children: They will be lost in the technological deluge.

At Magnum Photos, arguably the most talented collective of storytelling photographers ever assembled (the agency was founded by Henri Cartier-Bresson and Robert Capa, among others), there is an old tradition: A photographer, especially a young one, would visit three other Magnum photographers he or she respected with a box of prints. The three chosen colleagues marked the pictures they liked.

At the Charlottesville Festival of the Photograph, in Virginia, Czech photographer Josef Koudelka recently explained how he'd picked his three judges: One had to understand composition and photography. The second had to know about life. "Then I need the third one just for correction, who knows something about both."

On that score, today he would be mostly out of luck.

Editor's note: An earlier version of this story incorrectly said the Charlottesville Festival of the Photograph is in North Carolina. This version has been corrected.

Ian Brown is a staff writer and the current Banff Centre Globe and Mail Canada correspondent. 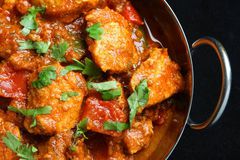 Who ‘went crazy’ over Rihanna’s naked Instagram photos? Her mother, for one
March 11, 2013 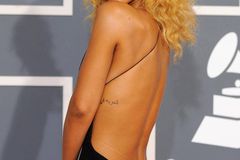 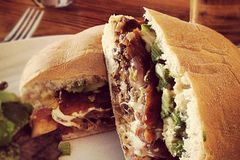