I feel obliged to tell you about a fine new wine from Prince Edward County. It's called 3630 Chardonnay 2007 and it's from the Barnyard Wine Co., a new family venture.

I feel obliged but frustrated, because you can't buy it. It's already sold out. And it's not like I've been slow off the mark. It disappeared in zero time, which is understandable. Just 300 bottles were produced.

I normally don't bother covering wines made in commercially insignificant quantities. I'm making an exception here because 3630 is more evidence that Prince Edward County may have something to it as a fine-wine district. Lord knows there's been enough ink spilled on the region's potential.

You may have heard of "the county" or, as I prefer to call it in a cheeky reference to its deep Loyalist roots, Hype on Trent. At one point in its precocious evolution as a vineyard haven, the once-sleepy, pretty peninsula on Lake Ontario at the mouth of the Trent-Severn waterway boasted more media-savvy Torontonians in aubergine Hunter Wellies per acre than vines. "Burgundy of the North," the wine bloggers dubbed it because of its pinot-noir-friendly limestone. Never mind that Prince Edward County lies south of central Burgundy, where the world's fine pinots are grown. (Here's a billboard idea for the tourism board: "Prince Edward County - Burgundy of the South.")

The first eyebrow-raising wines from the county, for my money, have been those of Closson Chase, a top-flight operation under the wine-growing supervision of Niagara veteran Deborah Paskus. There have been other fine efforts from Norman Hardie and Huff Estates, among others.

With the debut of 3630, though, it's hard to remain on the skeptical side of the fence. It's a compelling chardonnay. Full-bodied and creamy, with opulent flavours of tropical fruit, butter, toast and vanilla, it's balanced by just the right amount of crisp, mouth-cleansing acidity.

Barnyard Wine Co. is owned by Laas Turnbull and wife Nancy Tong along with Turnbull's parents, Bill and Anu Turnbull. Full disclosure: I had already been personally acquainted with Turnbull, who once worked for The Globe and Mail and now runs the division of a global publishing business based in Toronto. I was aware he had a passion for wine, style and fine living but could not picture him ankle-deep in mud with a pair of pruning shears. It's a good thing he also knows how to delegate; he hired the good hand of Frederic Picard, winemaker at nearby Huff Estates, to make the stuff and admits his parents do the bulk of the vineyard work.

True, it's easier to make small quantities of good wine than vast quantities of the same. More attention to less vineyard area enables you to aggressively and carefully prune each vine to obtain optimum ripeness. It's sort of why the best tomatoes tend to come from small organic farmers - hands-on farming. The cryptic name 3630 is a reference to the number of vines per acre, which is relatively high. High-density planting forces the root systems to compete for nutrients and reach deeper into the earth for the good stuff.

But the quality of 3630 is especially surprising given that the vines are mainly three and in some cases two years old. This is their first crop. Usually wine from such infant plants is better fit for salad dressing. The corollary is that, as these vines get older, the 3630 will almost certainly get better.

The Barnyard Wine Co. plans to double production next year (still a trickle, I know) and also produce champagne-method sparkling wines based on chardonnay and pinot noir. Ontario residents interested in getting on a future subscription list for purchase can write to 3630wine@gmail.com.

This week marks the release of another very good Prince Edward County white, which I'm happy to report actually is available - through Toronto-based agency Vinifera Wine Services. Closson Chase Aberdeen Chardonnay 2007 ($44.95 through www.vinifera.com or 416-924-4004; also available through www.clossonchase.com) is not inexpensive but it's as good or better than many California chardonnays at the price. It's full-bodied, rich and luxuriously buttery, with a good core of ripe tropical fruit.

So much for pricey Canadian whites. Let's turn to a bargain white from Burgundy just released in Ontario. It's not often one gets to compose the phrase "bargain from Burgundy." It's also not common to come across a sauvignon blanc from that region, where chardonnay is the dominant white variety. But in the small northern district of Saint-Bris near Chablis, they specialize in the crisp, herbaceous grape that is more famously associated with the Loire Valley and New Zealand. La Chablisienne Saint-Bris Sauvignon Blanc 2008 ($14.95, product No. 641753) has a flinty, mineral-like nose followed by flavours of ripe peach and citrus and finishing with an herbal note and crisp acidity. .

And just released through the Ontario liquor board's online-exclusive shop is a terrific red from Spain's Ribera del Duero region. Torre Albeniz Reserva 2004 ($39, No. 149626) from Bodegas Penalba Lopez has got lots going on, including a succulent core of plum-like fruit, sweet pipe tobacco, coffee and a smear of funky barnyard earth. It's available, along with many other limited-supply rarities, at www.vintagesshoponline.com. 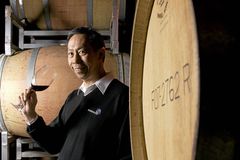 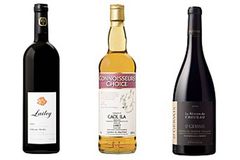 How to make perfect Irish coffee, and other toasty tipples
January 26, 2010 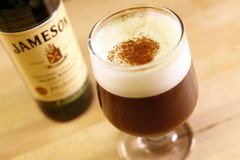