Back in 1971, Helen Reddy sang: "I am woman, hear me roar." Today, Beyoncé declares: "Girls run the world!" I fear I'm caught between generations. More yawner than roarer, I also know that if my seven-year-old daughter and her friends really did run the world, we'd be eating macaroni three times a day and debating lemurs versus guinea pigs while cartwheeling.

The rise of girl culture might not signal a shift in feminist ideals – Reddy and Beyoncé are, in some way, singing the same tune – but it does suggest some unfinished business. Beyond describing females under 18, I generally avoid the word "girl." If a roaring, shag-cut "woman" is a powerful agent, then a "girl" is wispy and feminine, destined for head-patting and glass ceilings; it's the word before the drunken grope. So why is it everywhere? There's the One with the Dragon Tattoo, and HBO's Girls. The phrase "Hey, girl" has become an Internet meme from the Tumblr Feminist Ryan Gosling ("Hey girl. You built a room of your own and a room in my heart.").

This is good timing for a book by Tavi Gevinson, the fashion blogger whom The New York Times called "The Oracle of Girl World." Rookie Yearbook One is a collection of writing, prettily unkempt fashion spreads and girlie ephemera (it includes stickers and a 45), mostly gathered from the first year of Gevinson's online magazine, Rookie. But unlike the reunited Spice Girls, or even Lena Dunham, 26-year-old creator of Girls, Gevinson really is a girl: She started blogging at 11 (averaging 50,000 hits a day) and is now 16.

Rookie Yearbook One, with the outsize dimensions of a high-school yearbook, portends a girl world that post-feminist moms will love. With honest, often tender stories of youthful trauma by girls and grown-ups – celebrity and otherwise – it adheres to a Free to Be You and Me attitude (one essay is called How to Not Care What Other People Think of You). But there's no trace of the girls-rock! high-school counsellor tone that kids instantly recognize as the liberal version of Peanuts-parents wa-wa-wa-ing. Instead, Yearbook One covers makeup and kissing tips while confronting sexual assault and pointing out the beauty myths pushed on its savvy readers elsewhere.

Yet for all the freshness, something in Yearbook One feels quite familiar. What's striking is the book's backward glance, which also propels Rookie online. It's filled with references to '90s entertainment like the movie Reality Bites and the TV series My So-Called Life and Buffy the Vampire Slayer. Gevinson's self-proclaimed "fairy godmother" is Jane Pratt, whose Sassy magazine is a Rookie totem. It died in 1996. In other words, the modern Rookie girl worships at the altar of the two-decade old Riot Grrrl movement. Rising up from punk and grunge, that brief, furious moment has been mythologized as the time when "slut" was lipsticked across bellies and Donita Sparks of the band L7 threw her tampon into the audience (hey – they threw mud first).

Of course, it didn't take long for the reclaimed word "girl" to become a brand. One day, we looked up from lacing our Docs and suddenly "Girl Power" T-shirts were filling the racks of chain stores and the Spice Girls were on the charts, lip-syncing empowerment.

Perhaps this, then, is why a surprising chunk of Rookie's girl culture is about the former passions of 30- and 40-somethings. The promise of that tough, smart, sexually confident '90s "girl" never died, but it's never quite been realized either. For women of a certain age, it's intoxicating – and possibly narcissistic – to revisit the pop trappings of girlhood, and attempt to make sense of what happened. Hence the rise of the so-called "woman-child" in her glitter nail polish, watching Girls and following 14-year-old Maude Apatow on Twitter.

Meanwhile, live present-day teen girls contend with a reality far from Rookie's liberated ideals. Let's cherry-pick from the list of anxious media reports about what plagues young women: sexting. Padded bras for eight-year-olds. Honey Boo Boo. Hook-up culture. The reporting may be salacious but according to a study by Public Health Canada, in sixth grade, 36 per cent of girls say they're self-confident, but by 10th, the number drops to only 14 per cent. For all the ubiquity of the word, is it a good time to be a girl?

Well, that depends where your girlhood happens. In many developing countries, girls remain second-class citizens; aid organizations know the best way to raise up a society is to back the girls. But in this corner of the globe, according to the much-discussed Hanna Rosin book The End of Men, things may be swinging upward for girls. They will grow into women poised to take over those economic and social power positions vacated by men, who are losing their footing.

So girls may rule the world – but not yet. If nostalgia is a longing for something that never really existed, no wonder grown women and 16-year-olds like Tavi Gevinson are pulled in the same backward direction. Together, we're hacking through the nagging contradictions and undelivered promise of girl power, forging ahead. 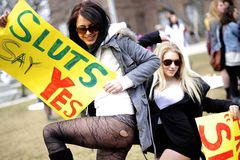 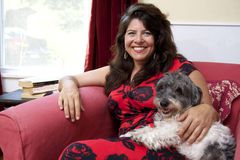 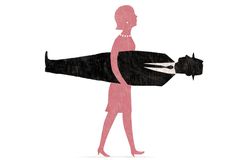