Alexandra and her mother were having a conversation.

"So, Alexandra, then I told your aunt that maybe we would be able to come and visit some time in July and she …"

Alexandra immediately picked up her phone and read the message that had just been texted by her friend Danielle. Alexandra then texted a response to Danielle.

"Alexandra, I was talking to you," her mother said.

"Dada dada. Dada dada," went Alexandra's phone again as Danielle texted her reply to Alexandra. Alexandra read it and texted a return message to her friend.

"ALEXANDRA! I was talking to you. That is so impolite."

If anything, it has become more so. As teens have increasingly shifted to texting rather than phone conversations - which they still do as well - the sheer quantity of incoming and outgoing messages can seem staggering. A few hundred a day is not unusual. According to a U.S. study by The Nielsen Company released last year, the average American teen sends nearly 80 texts a day.

Say we were to propose to Alexandra, "What if you muted the phone and didn't read Danielle's text or respond to it until after your conversation with your mother?"

Her probable response: "Why would I want to do that?"

I have watched teenagers conversing with one another and they think nothing of interrupting the conversation to respond to a phone call or a text. But so too, the other teen - the one who did not get the call - seems to think nothing of it, and will either wait or perhaps send a text of their own.

Teen conversations frequently include teens talking with each other in person, while simultaneously communicating with friends over their cellphones - multi-person conversations with some friends present in person, some by phone.

Perhaps they don't think of it as rude when they talk among themselves, but don't they understand how rude it is when they do it with adults?

"No, my parents are just being bossy. They think you have to pay total attention to them when they are talking to you. What's the big deal? They are so controlling. Everything has to be the way they want it, even if it doesn't make any sense."

It may be that the future will be different. It may be that when they get to be the adults who run the world, the rules about what is polite and what is not will have changed. They just won't see it the way we did. But what about now?

A mistake - because it accomplishes nothing other than creating bad feeling between you and your teen - is to try too hard to get them to understand, to persuade them that what they are doing is inconsiderate and wrong. They simply don't see it that way.

"When a person is talking to you it is rude, it is disrespectful to interrupt the conversation and start communicating with someone else on a phone."

The point is not whether they get to see that it is rude. The point is that you find it unpleasant. The point is that out of courtesy to you, they should not take phone calls in the middle of conversations with you. It's the same reason you take off your shoes when you go into someone else's house.

It is one of the basic rules of harmonious human interaction. It's not a question of right or wrong, but how the other person feels. If what is being asked of you is not a great inconvenience or a source of real suffering, then there is no reason to act in a way that brings discomfort to another.

(Of course, she may see it differently. "It is a source of suffering. I'll have to wait to find out what Danielle wants. That's suffering for me.")

Rather than condemn their behaviour, tell them that - out of courtesy to you, out of respect for your feelings - you don't want them to interrupt their conversations with you so they can answer a text.

"Alexandra, I understand that you may not see it as rude. But when I am talking to you I would greatly appreciate it if you would hold off on responding to calls until after we're done talking."

And with most teens - so long as you stay out of a right-or-wrong argument - just saying the above will change their cellphone behaviour with you. Not completely - you don't get completely with teens - but you will see a change for the better (for you). 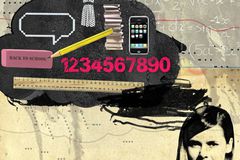 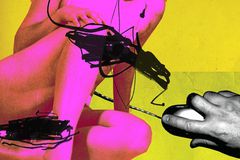 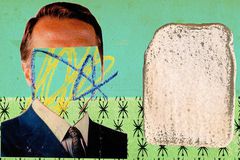