She walks into a Brooklyn restaurant in a flurry, a tall woman wearing a dark coat with feathery cuffs and neckline, her brown hair in messy pigtails.

With her shocking new memoir, Cleaving: A Story of Marriage, Meat, and Obsession , Julie Powell is awakening appetites for who she really is. And now, she offers herself up for consumption. She laughs, apologizes for her lateness and plunks herself down like a sack of potatoes.

If she was sweet in her first memoir, Julie & Julia , about her effort to change her secretarial life and deal with turning the big 3-0 by cooking her way through Julia Child's Mastering the Art of French Cooking - a tale that became the popular Nora Ephron movie of the same name - she is now asking her audience to digest a different helping of her personality.

She looks up meekly as a waiter lists the food choices, then narrows her eyes as if in concentration, nodding approvingly at each description. At her neck, she wears a pendant of a tiny bear trap. "Eric gave it to me," she explains, pushing at the gift from her husband with a fingertip. And on her wedding finger, flashing in the low light of the restaurant, there's her wedding ring.

At the end of Cleaving , in which she documents her extramarital affair with a former flame named D while learning about butchery (yes, the metaphoric perfection seems a bit engineered), the outcome of her 11-year marriage is unclear. And one wonders if her husband, whom she's known since they were both 18, would want reconciliation after revelations of her predilection for rough sex (D is better at tying her up than hubby is, apparently) and of anonymous sex she had with men contacted online.

She orders the ravioli with roasted chestnuts. Not much of an appetite tonight, she reports. At lunch, she ate blood sausage.

"There's something about telling everyone my experience, and how I feel, and sort of seeking their judgment," she explains, well into the meal of her dark and sinewy psyche. "It's not healthy." She shrugs and offers a raucous laugh.

Her problem was success. "It doesn't feel deserved when it's dropped in your lap," the 36-year-old says. "I was feeling this queer sense of dissatisfaction. I was sitting there and looking at my life and saying, 'Look, I wrote a book and there's a movie deal. I should be really fucking proud of myself.' And yet I didn't feel it."

Her success also tested her marriage. "I had grown so entwined with Eric over the years, and I didn't see this dependency of me on him and him on me as problematic, and one of the things that happened when I found success was that my life changed. I didn't have to go to the office any more. I had a lot of time on my hands. I had money. … I do think Eric was threatened."

Her solution was to cut up animal carcasses as an apprentice butcher, to separate from her husband, travel on her own to foreign countries and have sex with other men.

"I was frantic about finding someone who would give me a sense of self-worth," she says in the measured, confident voice of someone who self-palpates with a therapist.

"I loved cybersex because I was so much better at it than anyone else. I knew what these guys wanted, and I was very articulate. I made them think that they knew what I wanted and they were going to give it to me. In the midst of it, I felt very powerful.

"But when I walked away, I felt so empty. I felt nothing but contempt for them because they were so easy to control, and I realized they were completely unworthy of me."

Her mother and father have chosen not to read her new book. She admits that "the [ Julie & Julia ]movie people would rather that it weren't around."

Her publisher decided to release the paperback version of her first book in time with the movie's release rather than the new memoir.

There will be "psychic whiplash" for fans of the movie who pick up Cleaving , she acknowledges. "A lot of people got really invested in that marriage," she says of the Julie & Julia version of her relationship with her husband, in which she was played by a perky, petite Amy Adams. "In retrospect, it feels that I was placed on a pedestal that I didn't deserve to be on. My marriage changed, and it was more complicated and challenging."

But while she is aware of the confrontational aspect of Cleaving and the self-sabotage of her image that it involves, she is unapologetic.

"People always ask why would I be willing to put myself out there as an unpleasant or unsympathetic character, with sex in the book and all that? Well, men have been doing it for a long time. There are major literary careers built on men behaving badly. The Carvers and Mailers. And I think it scares people a little bit when it's a woman."

But that doesn't mean she is completely fearless. "Now that the book is coming out, it's not that I don't have moments of thinking, 'What … did I just do?'" she says, adding an expletive as she leans over the table and smiles in the candlelight.

Well, we didn't have any. Too much to digest.

Ms. Powell, who took her husband's surname when they married at 25, is not without sweetness, though - a result of her Texan background, she suggests.

She expresses humility: "The nice thing about the way success happened for me is that it's so obviously luck," says the theatre and fiction graduate of Amherst College, a prestigious American institution.

She began her blog about cooking Ms. Child's recipes in 2002, "before anyone understood what a blog could do." And the medium helped her develop her voice as a writer. "When I realized I had a readership, I had to challenge myself to not sort of prettify things, to keep it unvarnished, and I really think that candour became very defining of my writing style."

She believes that Cleaving has a hopeful message about marriage.

"One of the things that I learned during this whole process is that marriage is always changing. I didn't want to use words like 'resolved' or 'fixed.' We change. We put the pieces back together in a different way."

She and her husband have had marriage counselling.

"We had a lot of rough talks. This wasn't easy for him. But he is an extraordinary man."

Both have discontinued their extramarital affairs. They are talking about having a baby. And she has promised him that she won't be using their marriage for more memoirs.

"I promised myself and him that just because I did this at a very specific time that doesn't mean my marriage is an oyster to open up for everyone to look at. You can't make your marriage a social experiment."

Ms. Powell is a full menu of attributes.

"People feel free to comment, and they can be crude, calling me fat, and someone wrote recently, 'Too bad she's an adulterous skank,'" she offers at one point, wrinkling her nose. "Well, the great thing about putting this book out there is that there's nothing they can say that I haven't revealed."

She is vulnerable - no question there - but she masks it with a New-York-style aggressive confidence. Or maybe it's that the act of stripping naked is her armour. Most importantly, her book comes off as courageous, even though she says it began in powerlessness.

"Yeah," she says when I point out the numerous contradictions of her work and personality. "Aren't people weird?" And then she tosses her head back to finish off the dregs in her wine glass.

Ross Rebagliati: coming 'round the mountain of infamy
January 3, 2010 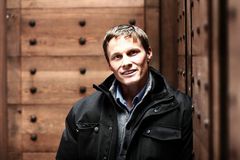 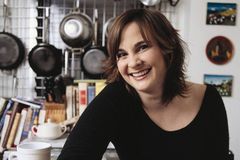 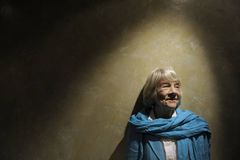