When the tourists descend on Vancouver for the Olympic Games later this month, many will dine at fine restaurants and marvel at the quality of the local wine. How times change. Howard Soon, senior winemaker for Andrew Peller Ltd. in British Columbia, recalls a more infamous winter beverage that was all the rage on the slopes 30 years ago. It went by a nickname: "Ski-hill wine, that's what we called it," he said of Schloss Laderheim, an inexpensive white wine, on a visit to Toronto last week.

Mr. Soon helped craft the German-style riesling blend at Calona Vineyards during Canada's jug-wine era. Apparently, it was sweet and light enough to sip mountainside between runs without fear of a nasty tumble - Gatorade with a happy kick. "You could drink buckets of it," he said.

If anyone embodies the quality revolution in B.C. wine that's taken place since the sip-while-you-slalom era, it's Mr. Soon. This month he will celebrate his 30th year in the business, overseeing the Western Canada operations of Grimsby, Ont.-based Andrew Peller, which owns the Calona, Sandhill and Red Rooster brands in British Columbia as well as the Peller, Hillebrand and Thirty Bench. And unlike athletes, who tend to peak early in life, Mr. Soon, 57, is at the top of his game. Last fall, Sandhill was named Canadian Winery of the Year by Wine Access magazine for scoring consistently high ratings in a blind tasting by experts from around the country. "It took us 30 years to get winery of the year," Mr. Soon said.

That honour is in my opinion overdue. Sandhill, based on a European model, specializes in wines produced from single vineyards rather than blends from multiple sites. Ranging in price from about $16 to $36, the wines have come to be benchmarks reflecting the diverse microclimates of British Columbia's sun-blessed Okanagan Valley. To me, the wines stand out as much for their seamless texture as their subtle balance of flavours. And despite premium positioning, they tend to represent excellent value in their price categories, particularly the white-label offerings that cost between $16 and $20.

This month marks another milestone for Sandhill. Until now, the 13-year-old brand's limited production has been consumed almost entirely in the West. But growth in vineyard holdings and deals with contract growers has enabled Sandhill to expand eastward to the large Ontario market. The excellent Sandhill Chardonnay 2007 will become a permanent listing in March at the LCBO at $16.95, while the Merlot 2007, at $19.95, has been launched with more limited distribution at the LCBO. More Ontario listings are scheduled to follow in coming months, though there are no plans yet for Quebec or the Atlantic provinces.

If Mr. Soon can be called the senior statesman of B.C. wine, he doesn't exactly fit the stereotype of a Canadian wine-industry pioneer.

Born and raised in Vancouver, he is the grandchild of Chinese immigrants from Canton province. A degree in biochemistry from the University of British Columbia earned him a job at Labatt, where he trained as a brewmaster and eventually settled in the quality-control department, with stints in London, Ont., Saskatoon, New Westminster, B.C., and finally Winnipeg. "I got kind of tired of the winters in the Prairies," he said.

A wine-appreciation course sparked an interest in the fledgling wine industry and a move to the Okanagan, where he applied for a job in Calona's quality control lab in 1980, graduating to assistant winemaker the following year.

While a string of beer strikes had helped convert many consumers to wine, Mr. Soon's decision was still a leap of faith. Jug-style wines and rustic-tasting, winter-hardy grapes based on native North American varieties represented the bulk of domestic production.

Luck came in the form of free trade with the United States, which inspired domestic growers to compete head-on with the sudden flood of duty-free wines from California by replanting with quality European vinifera grapes, the same varieties grown in sunny California, such as merlot, chardonnay and cabernet sauvignon.

"We feared for our jobs," Mr. Soon said, acknowledging the gamble. "I couldn't have told you then that we'd be here today."

"Whole-cluster pressing, barrel fermenting - all those things were totally new to us," he said. "I didn't go to school to learn this stuff, and in those days they didn't teach that."

The turning point came in 1997 when a 1994 Calona white wine took the "chardonnay du monde" prize at a Paris trade fair.

"Can you imagine how earth-shaking that was for us?" Mr. Soon asked, rhetorically. The day the article appeared, a woman working in the Calona wine shop in Kelowna (the winery name is a phonetic play on the city) fielded an unusual request from the south of the border. "She said, 'We had a guy e-mail us and say he wants to send up his jet and buy two cases,' " Mr. Soon recalled.

One pillar of Mr. Soon's work ethic is to maintain close relationships with key growers who own and tend some of the best vineyard land in valley, among them Rod King of King Family Farms.

"Howard will say, 'We can wait another four days to pick,' and I'll say, 'Howard, the weather report says it's going to snow tomorrow. We've got a problem,' " Mr. King said over the telephone this week. "Howard listens."

Today, Mr. Soon spends much of his time training the new generation of winemakers. He has hired three women, all in their late 20s or early 30s, to oversee three of his brands, Karen Gillis at Red Rooster, Stephanie Leinemann at Peller and Katie Dickieson at Calona. Sandhill remains Mr. Soon's baby.

At Sandhill, he's also gets to gratify his science-major's urge to experiment. He started a pet project in the 1990s to bottle small quantities of superpremium wine under the Sandhill Small Lots label, focusing on such varieties as sangiovese and barbera, which are rarely found outside Italy. At $30-plus, they're far from ski-hill wines, but they may turn some tourist heads in fancy Whistler restaurants later this month.

A taste of the Sand

These are new releases from the Howard Soon portfolio, available in Ontario and/or the West. 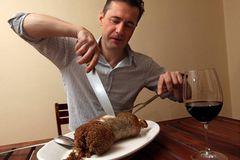 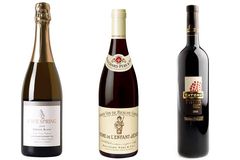 Follow Beppi Crosariol on Twitter @Beppi_Crosariol
Report an error
Due to technical reasons, we have temporarily removed commenting from our articles. We hope to have this fixed soon. Thank you for your patience. If you are looking to give feedback on our new site, please send it along to feedback@globeandmail.com. If you want to write a letter to the editor, please forward to letters@globeandmail.com.
Comments