This is the fifth story in a nine-part series on the emerging wave of new-generation technology that monitors our health and wellness.

Why would anyone want to exercise? There really couldn't be a less leisurely "leisure" activity.

Yet, many of us do. And some of us are actually motivated to do this regularly.

People's motivations for fitness are complex. And because exercise is medicine most of us don't want to take, there is always a business opportunity to fill the motivational void with a product.

Wearable fitness trackers – including Fitbit, Jawbone and the Garmin Vivofit – are the latest devices that have been heralded as a silver bullet in the war against inactivity. And while these wearable computers monitor every move you make, there seems to be a high attrition rate. One 2014 study suggested that 30 per cent of device owners stopped using their trackers after six months.

So the question becomes: Do fitness wearables actually precipitate changes in lifestyles?

"Wearable devices have the potential to facilitate behaviour change, but probably not by themselves alone," said Mitesh Patel, an assistant professor of medicine at the University of Pennsylvania and co-author of a recent Journal of the American Medical Association article on fitness trackers.

But in order to understand where this potential lies, it's important to understand how people are generally motivated when it comes to exercise.

Jenny O is an assistant professor at California State University, East Bay. Her focus is on the psychology of performance and she explains that a popular framework for understanding it is called self-determination theory.

According to this theory, motivation is on an external-internal spectrum.

The things that motivate us can range from external (like a prize or physical reward) to intrinsic (a value-based motivation).

When it comes to wearables, they deliver a lot of external motivation: raw data, badges for hitting certain levels, opportunities to compete with peers. In this way, these devices act like Pavlov's bell. They condition the users to anticipate rewards for certain behaviours.

The problem is most external motivation is effective for just a short time.

"These devices provide more external motives, which means they'd be great for people who are highly driven by numbers," O said.

So if you're not motivated by numbers, are wearables right for you? O says they can be. But they have to be intertwined with an intrinsic motivator and the best way to do that is through goal-setting.

For Mounir Zok, a senior sports technologist with the United States Olympic Committee, which organizes the U.S. Olympic team, the problem is no longer getting the measurements needed. Technology has advanced enough. The challenge is understanding what numbers to gather and how they relate to goals.

"Data for data's sake doesn't make much sense," Zok said. "Ninety-five per cent of our energy is really invested in taking a pathway with our coaches to figure out that one question, that if answered, will improve our chances of helping our athletes improve their performance."

To do this, he asks coaches and athletes the "how might we" question.

"So the questions we get are like: 'How might we help our gymnastics coaches gain insight into the rhythm of their athletes?'" Zok said.

Most people don't need such specificity from their wearables, but goal-setting may still be a struggle.

She is also the co-founder and chief operating officer of Vivametrica, a company that aims to help wearable device makers contextualize their data.

"The piece that is missing is that personalization and that interpretation of data," she said.

The future for Tomkins-Lane is one where device makers work with health researchers to enable devices to answer questions such as: Where do I stand in comparison to my peers? Am I more at risk for certain diseases because of my (in)activity level? Where am I in relation to my personal goals?

"The key [to staying motivated] is that these goals are tied to the personal data that the device is gathering. Not to some external standard," she said. "I think it's going to be the analysis that will really make the difference with respect to behavioural change."

But Hadi Salah, a senior industry analyst at MaRS Discovery District in Toronto and author of a paper on leveraging wearable tech to improve health, believes that even devices that only output data can still be tweaked to make small improvements for motivation.

"Some of the ways these devices can sustain motivation is through the social aspect – having encouragement from your peers – or even gamification by winning points toward a goal," he said. "The other thing is to try to make it invisible. For example, some companies are looking at embedding these devices into shirts."

But even the sleekest design can still be a hurdle for some people, says Patel at the University of Pennsylvania.

"If you have a wristband wearable tracker, you have to do a couple of things a day. You have to remember to put the band on. You have to charge it occasionally. Often times, you have to sync it with your phone," he said. "Those are extra small behaviours – in addition to being more active."

"There is evidence that all of these small, additional tasks can really add and create barriers for trying to change their behaviours."

And that's the tricky aspect of these seemingly simple devices. In order to be effective, they ask for a lot of user buy-in. To get the most from your device, according to O, you have to commit to it on many levels: to wearing it, to an initial baseline monitoring of your activity level, to goal-setting and then to reviewing and adjusting goals. Each step takes a lot of effort and time.

"When we do any sort of cognitive behavioural change, generally it takes about two weeks before you see noticeable effects," O said. "And then behavioural adoption can take anywhere from several weeks to several years."

"It's not a magical device. You actually have to put in the work. And it's not going to be fun for the first little while until you build it into part of your routine." 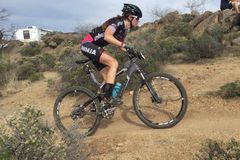 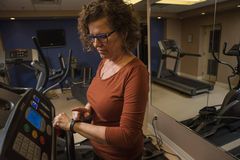 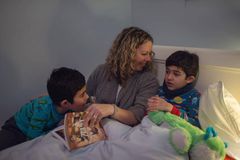