During the year and a half that Amber's mother had been seeing Marty, he'd always been warm towards Amber. But from the start, Amber had been less than cordial towards Marty.

"Get up, Marty. That's where I sit. That's always my chair."

"Marty, why are you wearing those shoes? They're all scuffed. They look stupid."

Amber's mother had done all she could to get Amber to act more respectfully towards Marty - with little success.

So when Amber's mother broached the idea of Marty moving in - they plan on ultimately getting married - the 14-year-old was, unsurprisingly, not thrilled.

"You're just doing this for you. It wasn't my choice that you divorced Dad. This wasn't done for me. You got what you wanted. Now you want Marty to move in. This is so unfair to me. You can't do this."

For Amber's mother, it's a dilemma: "I had a terrible marriage. It was a mistake. I tried to stay with it for far too long. But I was miserable for years, and now, here's someone who genuinely seems to like me. Don't I deserve to have happiness? It's not like I'm doing this right away after the divorce: It's been four years. We could wait until Amber's out of high school, but why should I have to? This is so unfair."

What should Amber's mother do?

This is where counselling can be useful - an opportunity for Amber to voice her objections, and perhaps ease her bad feelings about Marty.

But, in this situation, counselling didn't seem to help. Amber had voiced her objections: She didn't want to share her home with someone new.

Maybe she hadn't given him a chance, but she didn't like Marty, she just didn't.

She didn't have any other options. She didn't want to live full-time at her Dad's. Why should she have to? This was her house.

"I don't want Marty living at my house. Why don't you have him live at your house?" she said to the counsellor at their last session.

So what are Amber's mom's options?

They could do a trial of Marty at the house to see how it goes. But maybe they shouldn't. If it's meant to test the waters, Amber will almost certainly determine how it goes - which will be not well at all.

They could tough it out. Have Marty move in and hope that, with time, Amber will adjust. The problem with this is that there is a strong possibility that not only will Amber not adjust, but she'll do all that she can to make things miserable for both her mother and Marty. And it can destroy her mother's relationship with her new partner. A teenager not liking the deal can ruin what is a very positive relationship.

So should they wait until the end of high school?

But isn't this giving too much power to Amber? You can't just let her win like that. She can't be allowed to dictate what happens, not just in her life, but in her mother's too, right? Add to this the unfairness that Amber's father, not being the main caretaker, could probably make comparable changes in his life with far less fussing from his daughter. Amber, being there less, would have less change being asked of her.

Doesn't Amber's mother deserve to have her happiness? Yes. Marty has been genuinely nice to Amber. What her mother is asking is not such a terrible thing. Yes, of course Amber's mother deserves to have someone in her life that makes her happy. No, it is not wrong to ask a child to have her life changed, if what you're asking is not a significant hardship.

But forcing the situation may be almost worse. It's not fair, but sometimes having a kid forces you into choices that you do not want to have to make.

When you have a teenager, the best solution is sometimes not so good for you. But the other choices can be worse. It may not be fair to you, but it's what you've got.

Clinical psychologist Anthony E. Wolf is the author of six parenting books, including Get out of my life, but first could you drive me and Cheryl to the mall?: A Parent's Guide to the New Teenager. 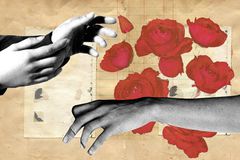 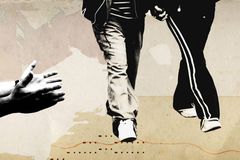 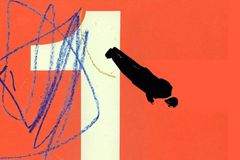