The new film The Social Network opens with a portentous subtitle: "Harvard University: Fall 2003." Ah, two millennia thrice! Allow me to light this pipe while I spin ye a yarn of yesteryear!

Wait - 2003 doesn't really seem like that long ago. I still haven't worked through my feelings about the Hey Ya! song. Yet The Social Network presents 2003 as so yore it's as if the Reformation and the plague went down between then and now. Of course, mythologizing events that occurred a few minutes ago is a defining feature of the social network explosion: A movie about the invention of Facebook could only have happened in the Facebook Age.

Five hundred million people in 57 countries now use Facebook. It's a super-futuristic invention that excels at looking backward, specializing in two kinds of nostalgia: pop and personal. A Facebook page is usually a mix of likes and dislikes and ironically uncool photos from grade school and summer camp. When we expose the detritus of our former selves, we hope - sweetly - that others will care, too.

The joy and sadness of Facebook is that almost always, somewhere, someone cares.

Finally, it's possible to gather with others who share a love of Dexy's Midnight Runners (or who want to liberate Iran, but pop always outweighs politics on Facebook).

Those likes and dislikes travel at an accelerated pace; we're all sprinting through our own private 24-hour news cycle. It doesn't take long to go from that first exhilarated whisper - "Cindy likes Mad Men" - to the forwarding and embedding, the over-exposure and inevitable "Dislikes" update (I'm talking to you, Double Rainbow). And then comes the wistful recollection (Remember Double Rainbow? Those were the days.).

The word "nostalgia" was coined in 1688 by a student defining a disease of severe homesickness. Now it's understood as longing for the past or for what University of Toronto professor Linda Hutcheon calls an imagined time before, "idealized through memory and desire." Memory and desire: the emotional engine of Facebook.

Social networking spurs nostalgia because it's changed our relationship to the past, bringing it closer and processing it faster. It's now possible to find online retrospectives that pensively assess Lady Gaga's "early" looks. Lady Gaga's first album was released in 2008.

Nowhere, fittingly, does nostalgia move faster than in technology. One blogger recently mourned the "early days of Twitter."

In 2007, iPod released the iPod Classic, six years after the original iPod. This use of the word "Classic" is what William Safire called a "retronym," the "newly necessary modification of an old noun." Apple may have thrown on the retronym to differentiate that iPod from other iPods, but it also imbued the iPod Classic with romantic, mythic status. Even as Apple propels us into the future, it capitalizes on a yearning for a simpler time - 2001.

"Facebook and the Internet have sped up everything, even the cycle of trends. People's attention spans are a nanosecond. They change up their style way more often than they used to," says Anita Clarke, founder of the style blog I Want - I Got. "How can nineties fashion be vintage already? I still think of vintage as pre-World War II, but these days, taste is very fluid."

It's fluid because it changes with every update. But snap judgments elide reflection; there's little space for the long view on Facebook. Ask someone who's changed her status from "Married" to "Single" how those old Facebook pronouncements are sitting.

In this harried mood, a movie about Facebook can exist a mere six years after its founding. The Social Network trailer is backed by a group of children eerily singing Radiohead's Creep - and everyone knows that a children's choir in a movie is a sign of evil; you never hear a children's choir in a Katherine Heigl movie. If The Social Network comes off as a horror movie about lab-bound evil geniuses, that chill speaks to a cultural anxiety about Facebook. Even as people use it, they don't love it. The American Consumer Satisfaction index ranked Facebook in the bottom five per cent of private sector companies, alongside cable companies and airlines.

Perhaps users are finally resenting handing over their privacy to an ever-tinkering billion-dollar corporation. Or maybe there's something about living in a perpetual state of longing that's simply unsatisfying; the illusion of connection only reminds you of what's actually lost, that lingering, human past of the pre-Facebook days.

The Social Network may suffer the same fate as those unseen films about Iraq; the public will decide if it's just too soon. And it is soon: We don't yet know if Facebook is the long-term game changer it seems or if it's an eight-track riding around on a Pong. How could we know anything in this mad rush to judgment that makes nostalgia out of the present, like a sports channel running misty-eyed montages thirty seconds after the play ends? Perspective requires time, and that's exactly what Facebook takes from us, and can never give back.

Katrina Onstad is a journalist in Toronto. 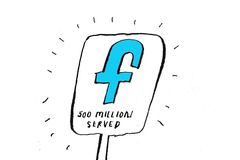 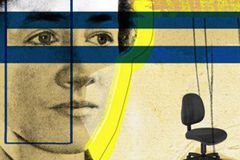 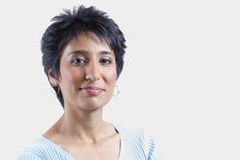