David Fleming doesn't mind celebrating his birthdays with a low-key dinner at a casual restaurant. Some of his friends, however, have more extravagant tastes.

Mr. Fleming, 29, says his friends, mostly in their 20s and early 30s, prefer to throw big birthday bashes for themselves at popular Toronto nightclubs, where attendees are expected to dole out wads of cash just to get in the door.

"By the time you spend 50 bucks to get through the bouncer, $20 [for]the cover charge, $5 to check your coat, you're already in for 75 bucks and you haven't even had a drink," the Toronto real-estate agent says, adding that there's also the extra expense of picking up the honoured friend's tab. "The birthday girl NEVER buys herself a drink! In fact, if you let the birthday girl buy her own drink, you are ostracized!"

Staying home might save money, he says, but missing a friend's birthday party is tantamount to social suicide.

Such is the quandary of celebrating friends' birthdays. When run-of-the-mill birthdays are given almost as much fanfare as milestone ones, paying for obligatory dinners, drinks and celebratory outings can add up.

Welcome to the birthday money pit.

It's a place that isn't limited to twentysomething club-goers, either. When Barack Obama turned 49 last week, guests were expected to pay hundreds of dollars to attend the various political fundraising events tied to his birthday. One exclusive birthday dinner for the U.S. President required guests to donate $30,000 each to the Democratic National Committee, according to the Chicago Sun-Times.

Mr. Fleming says his friends aren't oblivious to the amount of money their guests are expected to spend on their birthdays. "Everybody knows [how much it costs]because they do it for their other friends' birthdays," he says. "But when it comes to their birthdays themselves, they think, 'Okay, you know, this is my night.' "

Robyn Gunn, 35, co-founder of the Smart Cookies personal financial advice group in Vancouver, says that before she began examining her spending habits, it wasn't unusual for her to shell out more than $100 a night on a birthday dinner for a friend, plus $50 for a gift.

"I think there's ... that whole image that we want to portray, that we're doing well, that we want to treat our friends," she says, adding that there is a sense of obligation as well. "To say, 'No, I can't afford it,' is not cool, or [we think]people will look down on us."

Part of the pressure to spend comes from wanting to repay friends who may have treated the last time, Ms. Gunn adds, noting that she often used to pay far more than her fair share.

Once, at an acquaintance's birthday dinner at a restaurant, she wound up pitching in for the entire table, when all she had ordered was a small dish. "People at the table had ordered bottles of wine and entrées and desserts, and the decision was just made that we'd just split the bill," she says. "At that point in my life, I was so oblivious when it came to money, it was more like, 'Oh well, no big deal,' [but]quickly, that became $100."

And if spending that kind of cash was typical for friends' regular birthdays, milestone birthdays were even more expensive, she says. "We've gone away to Vegas for someone's 30th birthday, and for that, you drop $1,000 right there," she says.

Now that she is more conscious of her own spending, Ms. Gunn says, she will still pitch in for the guest of honour's bill, but she requests her own separate bill when she can.

She also advises sharing a main course with a friend as a money-saving measure. Or she suggests joining the party later on after everyone has finished dinner, so you make it in time for dessert but skip the expensive mains.

According to the rules of etiquette, however, whoever extends the invitation is technically the host and should be the one who foots the bill, says Margaret Page, founder and director of Etiquette Page in Vancouver.

That holds true regardless of whether a birthday celebration is held at a private home or in a restaurant or bar, she says.

Janet Watson, founder of The Etiquette Class in Calgary, adds that if you want to invite people out for your birthday, but don't want to pay for everyone, it should be made clear in the invitation that guests will be paying their own way.

And while birthday celebrations needn't be restricted to milestone years, some people tend to get carried away, Ms. Watson says. "As you start to get older, maybe every five or 10 years is good enough," she says. "There's really no need to have a gigantic bash every single year." 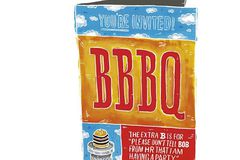 Parking tickets: an urban slap on the windshield
June 15, 2010 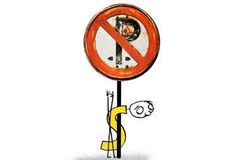 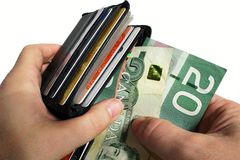