D'Arcie Stott had seen the culinary professor lingering in the halls of Canadore College in North Bay, often surrounded by a gaggle of young students.

Ms. Stott, then a 19-year-old food and nutrition student, knew of him through a male friend. She spoke to the professor a few times, but was too shy to pursue anything further. One night, however, when the professor was at her friend's house, she flirted with him on MSN Messenger. He invited her over and, a few glasses of vodka later, they had sex. It was consensual, says Ms. Stott, now 24. But she adds, "I regret it 100 per cent."

Even though he didn't grade her work or supervise her in any way, she says the professor crossed a line because of his position as a superior, though not a direct one.

"He should've considered me as one of his students. I don't think he should've been putting himself out like that."

And so she supports a new and potentially precedent-setting policy at Yale University, reported this week in the school's alumni magazine. Administrators at the Ivy League school recently updated the faculty handbook with a section that says faculty members are barred from having sexual relationships with undergraduates - even ones they aren't supervising. The move addresses an issue all schools grapple with, but critics of the policy say it's too blunt an instrument to tackle potential conflicts of interest.

At most Canadian universities, there is a general understanding that sexual relationships between students and supervising faculty are frowned upon, though none seem to explicitly forbid them.

The University of Toronto's policy on conflict of interest, for example, requires faculty to disclose "any intimate personal relationship" from which a conflict could arise. Dalhousie University in Halifax has a similar policy and, in a guide for faculty entitled "Instructor/Student Relationships," it suggests instructors "avoid romantic or sexual relationships with students." The faculty code of ethics at Simon Fraser University in Vancouver only states that a professor should not put himself or herself in a position in which a conflict of interest could arise.

Brenda Taylor, director of human rights and equity at SFU, says that can include sexual relationships, but it's "highly unlikely" the school would adopt an all-out ban on relationships between students and faculty à la Yale. "I think the issue is when you're in a supervisory position and when you're evaluating someone's work."

The University of Western Ontario in London, Ont., is currently reviewing its rules on "relationships of an intimate nature" between faculty and students. Already this year, the university has fielded multiple reports of professors' conflicts of interest from students who had dated those individuals.

Michele Parkin, director of the office of faculty relations, acknowledges that after a break-up, "the student may feel vulnerable to repercussions. There are huge negative consequences for these kinds of relationships."

But it's not always professors who hold the power.

When feisty 17-year-old Gloria Brame walked onto the campus of the City University of New York in the 1970s, she knew exactly what she wanted: her professors.

"I found these older, smarter men didn't live in their mother's houses and had cars and we could go out to dinner together and do adult stuff," she says.

Her modus operandi? "Hanging around after class, dolling up for their classes, making lots of extra appointments." As an undergrad, she dated three of her professors.

She suspects one overcompensated by grading her lower than she deserved, but other than that, the affairs did not influence the way she was treated as a student, says Ms. Brame, who is now a 54-year-old relationship counsellor. In one case, she even dumped one of the professors because of his guilt issues.

"It's overwhelmingly that the student takes the initiative," says Barry Dank, an emeritus professor of sociology at California State University who dated many students during his 35-year teaching career.

He says people wrongly see the student as a child who is taken advantage of by the professor - particularly when it comes to relationships between female pupils and male teachers.

"When I was interested in a student, I wasn't investing my time in sex with the student, I was investing my time in the person because I found him or her to be a valuable person," he says from his home in Tubac, Ariz. (To his point, Prof. Dank married one of his pupils a decade ago, but no one made a fuss over that because she was a mature student in her late 50s - two years older than him.)

Since the early nineties, Prof. Dank has advocated against formal policies restricting student-faculty relationships. "The administrators have all this power over students and professors and their intimidate lives," he says.

Ms. Brame agrees: Only if there is a suspicion of favouritism should a school intervene, she says.

"If there are no complaints, why is it a problem? If those partners are happy, why is there a problem?" 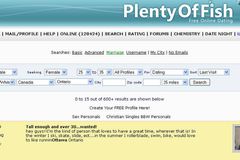 My guy friend kissed me. Should I tell my boyfriend?
March 10, 2010
Flirtatious texts tend to stick around
February 9, 2010
Follow Dakshana Bascaramurty on Twitter @DakGlobe
Report an error Editorial code of conduct
Due to technical reasons, we have temporarily removed commenting from our articles. We hope to have this fixed soon. Thank you for your patience. If you are looking to give feedback on our new site, please send it along to feedback@globeandmail.com. If you want to write a letter to the editor, please forward to letters@globeandmail.com.
Comments