The clear-glass skull gazes out from the liquor shelves with a decidedly un-cadaverous smile. Save for the inch-long spout and knobby cork that protrude from its pate, Crystal Head Vodka's distinctive bottle shape looks remarkably life-like, a curiosity you'd expect to see in a droll chiropractor's office.

Or maybe that should be remarkably death-like, because that's the Liquor Control Board of Ontario's interpretation. And human remains do not convey the most tactful marketing message when your goal is to be a virtuous vendor of beverage alcohol.

In a stark departure from every other state and province on the continent, one of the world's hottest new vodka brands has been banned from Ontario stores. Yes, outlawed in Ottawa, banished from Brampton, taboo in Toronto and verboten in Verner.

The funny thing is, the brand's creator, Canadian-born actor Dan Aykroyd, doesn't seem to be losing his head over it all.

"I like it, it kind of makes the product more appealing in my view," Mr. Aykroyd told me over the phone last week from Texas. "This is a decision that's been made reflecting the appeal of the product, because the board is rightly concerned that under-aged drinkers may go to illegitimate means to obtain a bottle of Crystal Head, maybe steal it or whatever."

Certainly, it would be hard to imagine a minor, even with the best fake I.D., actually forking out his hard-earned burger-flipping wages for the stuff. Pricier than such popular high-end brands as Grey Goose and Belvedere, Crystal Head sells for between $50 and $60 in most provinces, including British Columbia, where it's priced at $59.99. Quebec plans to roll it out some time in the next few weeks. "Saskatchewan has been a great market for us," Mr. Aykroyd said from his "Headmobile," a new Freightliner diesel tractor rig emblazoned with Crystal Head decals and equipped with a bedroom-office setup behind the driver's seat, minus the long freight-carrying trailer. "It's the fastest RV in the country, I can tell you."

Since its North American launch just over a year ago, Crystal Head has racked up sales of more than one million bottles, a remarkable feat for a superpremium brand in a saturated vodka market.

Made with Newfoundland water and Canadian wheat and corn, the brand was launched as something of a lark on Mr. Aykroyd's part, with anticipated sales of 5,000 bottles. "When we started, we thought, 'Oh, this is going to be great, we'll have some novelty bottles and cases to give our friends,' " said Mr. Aykroyd, whose growing stable of potable ventures includes an eponymous Niagara wine brand and the Canadian distribution rights to Patron tequila.

That hobby quickly turned into a business so far worth between $40-million and $50-million in North American retail sales. Lineups form at stores wherever Mr. Aykroyd shows for bottle signings. "We're a Canadian product in the States. That's really cool. We have the [Canadian]flag on the side of our mobile command office. We're very proud and happy that Americans are enjoying a Canadian product. It gets them asking, 'Where is Newfoundland?' "

And Mr. Aykroyd's gets a kick out of telling Americans it's banned in his home province of Ontario, where the Ghostbusters and Blues Brothers star maintains a summer residence.

"The image of the human skull is the thing that's really problematic for us," said LCBO spokesman Chris Layton. "That's an image that's commonly associated with death. It's especially problematic at a time when there are concerns around binge drinking by younger adults, which in some cases unfortunately has resulted in alcohol poisoning."

Besides, Mr. Layton notes, the brand has been okayed for sale in Ontario bars and restaurants and can be ordered by consumers by the case through the LCBO's private-stock system.

Whatever your take on the insidious power of the monopoly liquor system, you have to grant Mr. Layton his point. The LCBO has banned or delisted other questionable packages, arguably to the public's benefit, including sexually degrading labels depicting topless women and a vodka brand called Kalishnikov that was presented for sale in a bottle shaped like an AK-47 assault rifle.

But a smiling skull? I find it kind of cute.

Plus, if British Columbia's experience with the product is any indication, this may be a tempest in a decanter. BC Liquor Stores have been selling Crystal Head since March, 2009, and have received no public complaints about the spirit or its packaging, said Tarina Palmer, spokeswoman for the British Columbia Liquor Distribution Branch.

Designed by American landscape artist John Alexander, a friend of Mr. Aykroyd's, the container was inspired by Mr. Alexander's fascination with Day of the Dead ceremonies popular in Latin America. Its name was inspired by Mr. Aykroyd's own long-time interest in the occult, specifically the legend of 13 quartz-crystal heads unearthed at various locations around the world.

"Our head is light, it's bright, it's smiling, it's happy," Mr. Aykroyd said. "It's not an unhappy head. It's not a menacing head. It doesn't have crossbones under it."

That, he says, is why he chose to call the product a Crystal Head rather than Crystal Skull. "We think a head is a living thing, and we have a vibrant, clean fluid in the bottle, the purest cleanest vodka available now."

If you're a fan of traditional vodka, as I am, Crystal Head may impress you. Unencumbered by additives such as glycol, sugar or citrus oil commonly used to smoothen and sweeten other brands (but at such low levels they need not be specified on the label), this one comes as close to the vodka ideal of pure alcohol and water as you're likely to find. I'd say it makes for a nice cocktail base.

"Crystal Head does not have those oils in there," Mr. Aykroyd said. "Therefore, our smoothness, which people comment upon constantly, is natural."

Tinged with a hint of vanilla, it's also crisp and, dare I say, bone dry, a quality I like.

"This is the only vodka that you can drink with Red Bull and not get that breath, that Red Bull polluted-vodka breath," Mr. Aykroyd said of the popular caffeine-laced energy drink often used as a vodka mix. "Crystal Head, you can drink it and you don't get the breath because there are no impurities to interact with the additives in Red Bull."

But for a clean vodka that contains less rather than more, shouldn't it cost less? Which raises another question: What's an empty Crystal Head worth? By my estimate, about 20 bucks.

In the end, the LCBO ban could have an ironic consequence. By imbuing the brand with the cachet of controversy, as Mr. Aykroyd rightly notes, it could breathe new life in sales outside Ontario.

Was that just my imagination or did my smiling, contraband bottle of Crystal Head just wink? 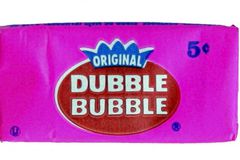 Try this whisky, for peat's sake
May 7, 2010
Rosé wines are red hot
May 12, 2010
Follow Beppi Crosariol on Twitter @Beppi_Crosariol
Report an error Editorial code of conduct
Due to technical reasons, we have temporarily removed commenting from our articles. We hope to have this fixed soon. Thank you for your patience. If you are looking to give feedback on our new site, please send it along to feedback@globeandmail.com. If you want to write a letter to the editor, please forward to letters@globeandmail.com.
Comments