This is part of a series on improving mental health research, diagnosis and treatment. Join the conversation on Twitter with the hashtag #OpenMinds

The federal government should work with the provinces to integrate mental-health services into the health system, the opposition NDP and Liberals say.

NDP health critic Murray Rankin said his party would implement the broad strokes of recommendations from the Mental Health Commission of Canada, which include a call to make psychotherapy and clinical counselling more accessible. Hedy Fry, health critic for the Liberal Party, said mental-health services should be part of a more integrated approach to health care. Both said their parties would work more closely with the provinces on health-care matters if they form the next government after the election this fall.

Their comments came after a Globe and Mail article detailed the difficulties many Canadians face in accessing psychotherapy to treat depression and anxiety. Long waiting lists for publicly funded psychotherapy mean the treatment is often out of reach for low-income Canadians who cannot afford to pay for private care and are less likely to be covered by workplace benefits.

Instead, many people rely on visits to family doctors and prescription drugs, which experts say are not always the most effective treatment. Mental illness in Canada costs nearly $50-billion a year in health-care dollars and lost productivity, according to the Mental Health Commission of Canada.

Mr. Rankin said Ottawa should be working with the provinces, territories and municipalities to ensure they can provide an appropriate combination of services, treatment and support for those dealing with mental illness. He pointed to the national mental-health strategy developed by the Mental Health Commission of Canada in 2012 as a roadmap for improving services.

Mr. Rankin also called for a revival of the Health Council of Canada and a new federal health accord to foster communication between the federal government and the provinces on health. Both expired last year.

Dr. Fry said the Liberals, if elected, would work closely with the provinces to develop a more integrated approach to health-care services, including mental health. She said the last accord, which expired in 2014, had begun to look beyond the physician and the hospital and toward health care that could be provided by multidisciplinary teams.

"We want to integrate mental health, in a fulsome way, into our health-care system," Dr. Fry said. "And that would mean a lot of the things that the Mental Health Commission talked about." However, she said the Liberals would not commit to specific actions before consulting with the provinces.

"We have to talk to the provinces about it," she said. "That's what we can commit to doing."

Dr. Fry said a partnership between the federal government and the provinces on health care is necessary but declined to specify if a Liberal government would establish another health accord or bring in a different system. The length of the next partnership could also be up for discussion, she said.

Research suggests that psychotherapy, which is provided by a licensed therapist, is an effective treatment for many people struggling with anxiety and depression, the two most common psychiatric diagnoses. Therapy by private psychologists or social workers is not currently covered by any of the provinces.

A spokesman for Health Minister Rona Ambrose said the provinces and territories are responsible for health-care delivery, including psychotherapy. The Conservative government created the Mental Health Commission of Canada and recently renewed its mandate for another 10-year period, he said.

The difficulty of getting a definitive mental health diagnosis
May 24, 2015 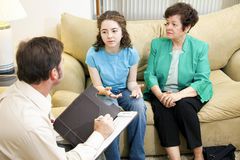 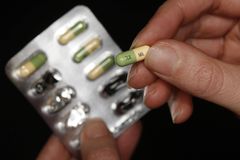