Attachment parenting, that embattled child-rearing philosophy, has been in the news a lot lately. From Peaches Geldof, an evangelical attachment mother who appears to have died of a heroin overdose, reportedly while caring for her 11-month-old son; to Alanis Morissette, who has long been a loud proponent of the parenting style; to Kourtney and Kim Kardashian, who recently identified themselves as attachment moms despite small armies of staff, attachment parenting seems to be emerging as the antidote to spoiled celebrity mom syndrome. Declaring that you have had a custom bed built to co-sleep your family of eight, as Angelina Jolie once did, would seem to dispel any notions that you might occasionally do something selfish such as taking a shower or answering the phone.

But attachment parenting taken to extremes is a pernicious influence on many new parents, because it places undue responsibility on the primary caregiver to be perfectly "present" at all times – an especially difficult proposition if you don't have domestic staff at your disposal.

Child-centred parenting – its most extreme outgrowth – dictates that a mother (how many round-the-clock, on-demand breast-feeding fathers do you know?) must sublimate her own needs and wants by making the child the focus of her domestic universe. It involves a lot of breastfeeding, fractured co-sleeping, schlepping your kid around in a sling rather than a stroller, gazing into your baby's eyes for hours on end and – out of necessity – not much else.

Attachment theory was pioneered in the 1950s by British psychoanalyst John Bowlby, and popularized in the 1970s by Mary Ainsworth. It essentially holds that early bonding with a primary caregiver ensures a child's emotional stability later in life. It's not some crazy hippie notion, but the basis of what most of us accept as the foundation of modern psychology, as well as good parenting. I have read Bowlby and Ainsworth and at no point do either of them say your baby is going to end up an ambivalently attached felon if you feel the need to put him in a bouncy chair while returning your e-mail.

The problem is that a number of lifestyle zealots have taken this very sensible theory and perverted it into an impractical, competitive practice in which new mothers are expected to completely ignore their own needs to attend to those of their child because it's "more natural that way." The resulting parenting style is every bit as exhausting and booby-trapped for failure as following Gina Ford's hyper-scheduled, 15-minute baby-boot-camp regimen outlined in The Contented Little Baby Book (or as I like to call, it The Miserable Big Fat Mommy Book.)

It's important to bring some moderation to the debate. After I had my son I quickly realized that I was neither content to order my entire existence around his often irrational needs, nor was I inclined (or organized enough) to stick to a schedule (many "child-centred" attachment parents don't believe in schedules for babies, unless the baby dictates the schedule).

I took what I needed from attachment parenting and discarded what didn't work for me – a practice I like to think of as semi-detached parenting. For example, I breast-fed my son longer than the average, but always put him to sleep in his own bed. I was attached in the ways that worked for me, but I detached when I needed to be – for my own mental and emotional well-being (the need to sleep, for example).

"Think like a dad," was the best advice my mother gave me. What she meant was: Don't be a perfectionist. Don't feel guilty about prioritizing your own work or fun once in a while. Great dads do all these things and no one seems to mind, least of all good dads themselves.

2. Be wary of your natural instincts

Many new parents are prone to thinking with a cognitive bias – that is, doing what they feel in their gut is right, as opposed to what the facts tell them is true. An example of this is holding off on vaccinating your children because you "feel funny" about it, despite the clear and proven benefits of mass immunization. Or never letting anyone else hold or feed your baby because it "doesn't feel right." I'm all for maternal instincts, but sometimes it's necessary to override these feelings with rational facts. Protective urges are natural, but they're not always right, or even safe.

In family life, martyrdom tends to have the opposite effect of what is intended. Instead of making your loved ones appreciate your efforts, it makes them feel guilty and resentful. If you need help, ask for it. If you feel unappreciated, say so.

4. If you feel like you're losing it, you probably are

If you're weeping with frustration when the toast burns or beginning to suspect your baby is a squawking troll sent from another planet to ruin your life, see your doctor. As the flight attendants say: Put on your oxygen mask first, then your child's. Sometimes real attachment requires a certain amount of healthy detachment. 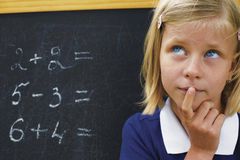 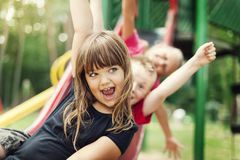