A seemingly harmless moment, caught on tape: A subway pulls into its Toronto station, and a toddler waiting on the platform unleashes a command. "Stop train!" he yells repeatedly at the top of his lungs. Slowly, the train decelerates to a halt, seemingly obeying the child's wishes. Satisfied, the little boy looks up at the camera and announces: "I stopped the train!"

Ainsley Cripps posted the 18-second video of her then-two-year-old, Dylan, on YouTube, wanting to share the cute moment with friends and family, and yes, strangers, if they happened upon it.

The reaction from the "stranger" camp was overwhelming – and not in a good way. After her video was posted, it caught the attention of a city newspaper, which included it, in an unflattering light, as one of its Top TTC Videos for the year. It was then featured on Citytv's Breakfast Television as part of a roundup of memorable videos. That's when the fun began.

Cripps was shocked when people started piling on, posting comments that attacked her son's behaviour and her parenting. Complete strangers unleashed on Dylan, now 7, calling him a "brat." One commenter said she must be a "welfare mom" to have a child that behaved so badly.

All "because I let my child scream on the subway platform," says Ms. Cripps.

With the ability to share images and videos of children in an instant via social networking sites, many parents don't think twice before uploading pictures and postings about their kids. But what many feel is a casual action can have unsettling long-term repercussions. Embarrassing baby photos or unflattering comments about your kids permanently live in cyberspace, which those kids, once they're old enough, will see. And as Ms. Cripps quickly learned, parents are opening themselves up to scorn – and worse – if viral postings of photos or videos are perceived negatively.

"Parents think only for the moment and want to share cute anecdotes with their friends," says Judy Arnall, a Calgary-based parenting expert and author of The Last Word on Parenting Advice. "Releasing any kind of information to the Internet is like squeezing a tube of toothpaste – easy to get out and impossible to get back in."

There are many reasons why parents may be sharing so much. Some are reacting to an innocent, spur-of-the-moment impulse, while others may be actively seeking attention. "We are evolving into an increasingly narcissistic, exhibitionistic and voyeuristic world where people think nothing of exposing themselves and anyone else," says Sara Dimerman, a child and family therapist based in Thornhill, Ont. "It's as if the parent is pushing the child centre stage, with the hopes that they will be discovered."

Emma Kwasnica got a lesson on how, even when your intention is to share a quiet, low-key moment, others can perceive it as oversharing. When she posted pictures on Facebook of breastfeeding her daughter, a complaint from someone on her "friend" list led to the images being deemed "inappropriate" and removed from the site.

Since then, Ms. Kwasnica has had her Facebook account suspended five times after posting new breastfeeding images. Facebook reviewed the matter after many months of back-and-forth discussions, and in January apologized to Ms. Kwasnica, saying the images should not have been pulled.

Ms. Kwasnica says that while she felt it was appropriate to share those pictures, she talks to her older kids before she posts any content. "My children who are five and eight years old are proud of the pictures that I've posted and shared," she says. "I've always been open with them … and every photo that goes on Facebook has their approval."

However, Ms. Dimerman says parents need to also consider a child's level of understanding – if they aren't old enough to fully understand what that consent means, its best to err on the side of caution, she says.

There are serious privacy concerns that should also give parents pause. Claudiu Popa, CEO of Informatica Security, a Toronto-based company that specializes IT security, says the "consequences of sharing information includes serious privacy breaches, especially for minors. Once control over information is lost, it can't be regained."

Mr. Popa advises parents to be vigilant about the personal details – such as a child's full name, school, or city where they live – that they post. "Parents should never provide information that can be used to track or identify their children," says Mr. Popa.

Parents should also be wary of the "privacy options" offered by many social-media sites, he adds: Sites make frequent changes to their privacy settings, and what was protected last week may inadvertently be exposed this week.

Catherine Connors, the voice behind the popular blog herbadmother.com, says she's never regretted posting pictures of her two children online, but she takes the responsibility of doing so seriously.

"I never share anything about my kids that would hurt or embarrass them deeply," says Ms. Connors, a native of Toronto who lives in New York City. "I believe that it's very, very important for parents to take control over their children's digital profile and legacy, and that involves being responsible curators of their children's online story."

Child and family therapist Sara Dimerman says parents should consider the following before uploading images or video of their children online:

Consider the children's feelings down the road: Could they potentially feel embarrassed or ashamed about the image or video?

Consider the audience: Who is going to see the video or picture, and what will be the likely response? If it's potentially negative, don't post it.

Never post images or videos of your children where they are compromised, for instance, under the effects of a medication.

Never post any identifying information about your kids, such as the name of their school, the name of your city or town, or regular family hangouts.

If you have any feeling of doubt about an image or video, listen to your instincts and don't post it. 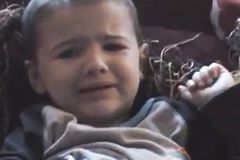 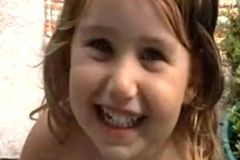