As teen birth rates drop in Canada and the United States, a Windsor, Ont., academic is recruiting pregnant women aged 14 to 17 to determine whether impulsive ones are at greater risk of becoming pregnant.

"Part of it is being a teenager: Teenagers have a hard time understanding long-term consequences," says Carlin Miller, an associate professor in the psychology department at the University of Windsor.

Still, Dr. Miller believes impetuous teens may be more vulnerable, pointing to statistics from the U.S. Department of Labour that tracked 2,600 women aged 14 to 22 in 1979, and then followed their children until they were 14 years old.

"Girls who become pregnant as teens or in very early adulthood - 20 or 21 - are far more impulsive, not only in their own behaviours but also in their parenting styles. And their children have worse outcomes."

Many of the women also had experienced drug use and violence: "The impulsivity is not just in the area of inaccurately using birth control. They're having problems in multiple areas of their life," Dr. Miller said.

Her own pilot study involves a control group of 24 girls who have never been pregnant as well as four pregnant girls - the researchers are looking for 16 more.

To test for impulsivity, the researchers asked the young women to fill out personality tests, complete quizzes involving pictures, memory and reactions, and had their body movements monitored with actographs - used in sleep studies and ADHD research - which are attached to their wrists and ankles. The more they fidgeted, the more impulsive Dr. Miller deemed them to be.

(The entire test took close to three hours and the girls were given a $25 gift certificate to the local mall for their troubles.)

Dr. Miller says impulsivity manifests in many ways: not taking birth control or using it incorrectly, not planning or negotiating sexual activity and choosing impulsive, anti-social or manipulative partners. After the baby is born, impulsivity can present itself in poor self-care, missed doctors' appointments and not having planned for the baby's arrival.

"Irresponsibility is probably a component of impulsivity with, perhaps, the added component of disregard for others," Dr. Miller said.

She's also looking at whether the women have histories of hyperactivity or attention deficit disorder and taking into account their socio-economic background, including sexual abuse, which none of the pregnant girls recruited so far has experienced.

What does she envision as the practical applications of her study?

"If parents and physicians have a history of working with a girl and she seems to be a more impulsive teen, that may be the point at which the family and physician need to talk to the girl about a very reliable form of birth control, something like an implant, or an IUD," Dr. Miller said.

Although Elizabeth Saewyc, a professor of nursing and adolescent medicine at the University of British Columbia, agrees that studying a variety of motivations behind teen pregnancy is worthwhile, she is concerned about the limitations of the study.

"There are a lot of different reasons that teens get pregnant," she said.

Dr. Saewyc argues the behavioural affects of impulsivity, regulated by several parts of the brain that in some cases don't develop fully until people are in their 20s, are overstated.

"If this were the case, it would suggest that for hundreds of years, we've had serious childrearing and childbearing problems throughout the world because in most of society, parenthood started in the teen years. I don't think our great-grandparents were necessarily more screwed up than we currently are," Dr. Saewyc says..

And although the Windsor researchers are asking the girls about their partners, they aren't actually testing the men's impulsivity.

"Pregnancy takes two. Where are the guys in this?" Dr. Saewyc says.

"The most common contraceptive method used by teenagers is the condom and that's something young men need to use, not young women. How much might unintended teen pregnancy be a mutually impulsive event, or be due to the impulsive young man who isn't prepared with condoms at the time of sex?"

Impulsivity aside, better access to contraception, higher quality sex education and shifting social norms have contributed to a 36.9-per-cent decline in Canada's teen birth and abortion rate between 1996 and 2006, according to a report released in May by the Sex Information and Education Council of Canada.

The trends are being mirrored in the United States, where the teen birth rate hit an all-time low in 2009, falling to 39 births for each 1,000 girls aged 15 to 19, according to a report recently released by the Centers for Disease Control and Prevention.

Although the U.S. rate had dropped 6 per cent from the previous year, teen pregnancy numbers remain far lower in many other countries, according to the report.

Canada's rate is less than 13 for each 1,000, Sweden's is less than 8, Japan's is approximately 5, and the Netherlands's is nearly 4. France's rate is 7, Italy's is 5, while in Britain, it's higher at 24. Experts say that Western European teens use contraception more rigorously than their North American counterparts.

Prevention is important, Dr. Miller said, because teen pregnancies can lead to poor outcomes for both mother and child.

"The skeletal frames of young teenagers are not ready to handle a pregnancy. They're at greater risk of needing to have a C-section because their pelvic girdle isn't big enough to facilitate a vaginal birth. Their babies are more likely to be born at low birth weight and may also be premature."

And the consequences extend into the long term, she adds.

"The moms are less likely to finish high school, more likely to live in poverty, be unemployed and involved in a domestically abusive situation. The children of teen moms are more likely to become teen parents themselves." 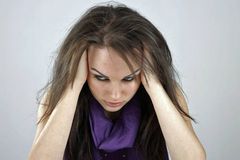 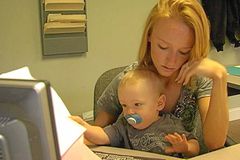 I've finally forgiven myself for my abortions
November 28, 2010 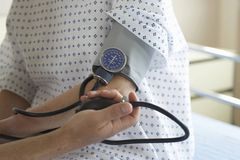