On a cold afternoon in the park, I watched a little boy, about three years old, complete a sandcastle – well, a sand blob, but it had character. "Take a picture!" he called to his mother, who was sitting nearby. He ran up to her, put his hand on his hips and grinned loopily – tap. Then: "Let me see!" (Every parent knows the cry of: "Let me see!") From where I sat, I could tell that the picture wasn't of the sand blob, but of the kid. It wasn't the object he'd built that fascinated the child peering at his mother's phone, it was the self. And though my own kids are no different, it gave me the creeps.

Photography has become portable, a constant possibility that we carry in our pockets and purses. An American study by The NPD Group showed that the percentage of photos taken on a Smartphone grew to 27 per cent in 2011, from 17 in 2010. It's a cross-generational obsession, fanned by social media: I haven't been to too many adult parties lately where there hasn't been at least one incident of joyful picture-taking that's ended up in the electronic ether later. But if the photo obsession is all in fun, then why was the preening kid in the park disturbing?

Perhaps, in part, it's because the best personal photos are usually the accidental ones: a loved one laughing, unawares, or a friend caught staring out a window. A kid with a hand on her hip, posing to please, has passed out of innocence into pageantry – from cinéma verité to Toddlers and Tiaras.

Earlier this week, novelist David Zweig wrote on The New York Times's Motherlode blog that he was distressed by his own three-year-old daughter's repetitive demands to see personal pictures, often of herself, on his phone and computer. "There's something to be said for being un-self-aware," he wrote. "Yet I suspect our collective obsession with photos is hastening its demise."

But as Zweig wrote, the ubiquity of photography for this generation necessitates self-consciousness. Many in the field of child development believe that children begin to recognize themselves as subjects separate from the world between about 18 months and three years old. Mirrors and photos are key to the process. Surely this generation, the most photographed in history, will come into subjectivity earlier, and self-consciousness. One study by the U.S. organization Common Sense Media found that 52 per cent of all children have access to a mobile device at home – smartphone, tablet or iPad. The diversions offered by the devices are many, but the camera is an easy, built-in one; my eight-year-old literally taught me how to take videos with my new HTC phone.

If a child is constantly being photographed and looking at the photos, there's a collapsing of the distance between experience and memory. The moment and the recorded moment are so close together now that, in its most alarming form, the actual moment doesn't seem fully experienced. "Let me see!" is the battle cry of a kid who's not living in the present. As Susan Sontag wrote in On Photography: "Life is not about significant details, illuminated in a flash, fixed forever. Photographs are."

Tell that to parents. If you've attended a childrens' concert or play, then you know how hard it is to see through the waving branches of arms extended, clutching cameras and phones. This seems like an appropriate metaphor for my generation's obsessive parenting practices: By locking our gaze on our own little singular snowflakes, we can easily miss the whole. The real story might be the unknown kid in the crayon costume rocking out on the edge of the stage, but parents are prone to record only the stories that star their own kids. Then, of course, these images are disseminated via social networks, endlessly casting our progeny as the players in a parents' narrative of My Perfect Family, with or without the offspring's permission.

Digital photography allows for constant curation of images, which usually means the selection of only the happiest moments. When pictures had to be printed, the good and the bad had an almost equal chance of survival, and some of those ugly pictures are some of the best: Dad's wobbly eye; the cat's butt caught in the corner; the really bad perm. The perfectly posed childhood leaves little room for the messy part of living, where the joy is.

I don't want to give up pictures – and my kids would never let me – but I do notice the moments without the camera, because they're increasingly rare and lit with a different, quieter energy. Adults need to remember what it's like to experience an undocumented, uncontained moment, and kids need to feel that they are forming themselves not to be seen, but to be. 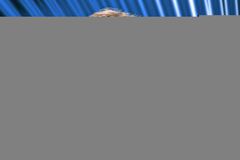 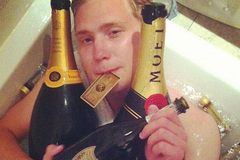 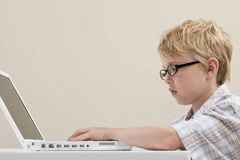