What do I do when my four-year-old is refusing to listen to me? For example, he was playing with his 18-month-old brother and he kept yanking his brother’s arm. He was told multiple times to stop but he just kept on doing it. How can I set limits with him when he doesn’t listen to a single word I say?

My tween daughter doesn’t care about personal hygiene. How do I encourage her to take care of herself?

Is strength training good for kids?

Being ignored by your kid is one of the most infuriating things you can experience as a parent. Unfortunately, it is also really common. As many parents do when they find their child getting a bit too wild, you told your son to stop (that’s great) but he didn’t listen (so frustrating). There are a few likely reasons why.

First, it’s possible that he didn’t hear you. Kids can get really focused on their play. Make sure you have his attention before you make a request. So often we call out from downstairs or across the room and then we wonder why they ignore us. Go over to him, tap him on the shoulder while saying his name, give him a smile and nod to connect with him and then make your request. It may be that simple.

If you know he hears you and he still doesn’t stop, it’s important to recognize that your son is not yet capable of impulse control. He’s not trying to be “bad,” he just can’t control those upset or excited impulses yet. A child is not physiologically capable of impulse control until their brain has sufficiently developed. This happens between the ages of 5 and 7. So, the good news is that it’s coming.

Until then, here’s what you can do.

When you see your son getting so excited playing with his brother that even when he hears you he can’t stop himself, that’s your cue to step in. If he ignores you after you’ve “gotten in his face” in a friendly way, remind yourself that the two of you have opposing desires. He wants to keep playing, and you want him to stop.

First, take a deep breath to calm yourself down so that you can be effective in this situation. And remember, as infuriating as it is, he’s not trying to give you a hard time. He’s a kid acting like a kid.

What you need is to find a win/win solution, where he gets what he wants and you get what you want. The best way to do this is to get playful.

Here’s your secret weapon. Swoop in and say, “Hey you, my favourite four year old! You look like you need a speedy race-car ride” (or whatever his interests are) and scoop him up and spin him around. Plop him down and give him a smile: “You want to play rough, huh? See if you can push me over!” And of course he can, because you make a ridiculous slapstick fall onto the couch.

Guess what? You were able to effectively set the limit. He stopped playing rough with his brother (your desire) and he got more play (his desire). Win/win.

It takes energy to be creative and get involved. But so does fighting with him. It will feel like a lot of work in the moment, but we are taking the long view here.

When we find win/win solutions, we are building connection with our child. Connection not only feels good, it makes him more likely to want to co-operate with you when he cares what you think. If you and he are in conflict a lot, he is less likely to listen as he will care less what you think.

We’re also building a habit of co-operation rather than conflict: “My mom makes it easy for me to listen to her. She understands and helps me want to co-operate.”

Later, when everyone’s calm, you can tell the story of what happened. “You were having so much fun playing with your brother, huh? It’s hard to stop, isn’t it?” This lets him know that even though he wasn’t listening, you can understand why and you know that he’s still a good person. "And at the same time, sweetie, he’s smaller than you and he could get hurt, so you need to listen to Mama next time when I say stop, okay?” Even if this doesn’t prevent the same thing from happening again, you’re helping him to understand what’s important in your family.

This isn’t a magic-wand-one-time-fixes-all solution. Because his brain is still developing, you will still need to step in and help him when it’s just too hard to stop. Remember to get his attention before you make a request by getting in his face in a friendly way. If that doesn’t work, you can set the limit by giving him something he wants by getting playful, so he actually wants to co-operate and listen to you. 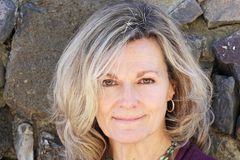 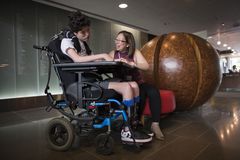 Opinion
Why you should not let your kids stay up to watch Raptors Game 6
June 12, 2019 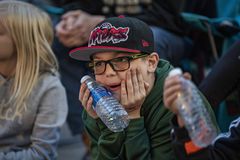