Black parents have always dealt with the added burden of talking to their children about racism but some are now struggling with whether to broach the topic sooner, says the founder of a parenting group.

Tanya Hayles of Toronto-based Black Moms Connection said some members are starting to talk to their kids as early as age four because of what they’ve been called on the playground.

She said global outrage following George Floyd’s death in the United States spurred her to start being more open with her seven-year-old son, Jackson, though she’s feared losing the innocence of a child who still believes in the tooth fairy.

He attends a school where Hayles said there may be only one other Black student, adding her son would likely be targeted even in schools with a diverse student population, such as the Toronto-area Peel District School Board, which has been accused of systemic racism.

On Monday, Ontario Education Minister Stephen Lecce appointed a supervisor to the board following two recent reports on widespread anti-Black racism, including one that showed a lack of action by administrators.

The second report, by a human rights advocate, found that while Black students make up 10.2 per cent of the secondary school population, they account for about 22.5 per cent of students receiving suspensions, in some cases for wearing hoodies or hoop earrings.

Hayles said she has told her son he will be judged differently than other students because of his skin colour, long before he gets to high school, so she is preparing herself to delve deeper into what he could expect.

“He does not get to get away with the same things that his classmates do, he has to be mindful of that. It probably went in one ear and out the other,” Hayles said.

“I know that talk that Black parents have always had to have with their kids is inevitable. I’m not going to be able to avoid having it,” she said.

Hayles said she fears her son and his Black friends will be followed and harassed by security in malls, so she will tell him not to loiter in them, and she has concerns about him being targeted by police when he is driving.

“Eventually he’s going to be 16 and driving, and I’m going to have to have a conversation with him about that,” she said.

The talk will focus heavily on the need to answer questions respectfully and know his rights, Hayles said.

Hayles said many non-Black parents might be having uncomfortable conversations about racism with their children because anti-Black racism education in their schools may be limited or non-existent.

It’s up to parents to ensure their kids are exposed to other cultures including through the types of books they read, the movies they watch or the friends they have, she said.

Stephanie Okoli, 20, of Calgary said she’ll be tasked with having the racism talk with her 12-year-old brother, Emmanuel.

“It hasn’t come up because it’s a hurtful conversation but he’s getting to that age where it could happen to him and he’s a little big for his age, so it’s very stressful,” she said.

“I got the talk from my brother,” she said of an experience when she was in high school.

“But even that wasn’t concise. He just texted me one day and said ‘Be careful. If the police stop you just do what they say and don’t talk.’ And that was that.”

The RCMP in British Columbia released a statement last week from Sgt. Maj. Sebastien Lavoie, a half-Black officer, who said his heart broke for George Floyd when he saw the video of the officer in Minneapolis with his knee on the man’s neck “but also for every officer that has sacrificed so much for the collective good.”

Lavoie urged officers to “understand that society is heartbroken, angry and unable to take the emotional step back.”

Lavoie said in an interview that the public immediately concluded the white officer’s actions were based on racism.

“What if this guy did that to a white guy? Could this guy be a jerk? Does he have to be racist?” he asked.

He said bias against police “is the only acceptable bias now,” adding acts of racism by police in the United States can’t be equated to police in Canada.

The RCMP has provided cultural sensitivity training to its officers and increased diversity among its ranks, Lavoie said.

“For me to say the RCMP could do a better job of reinforcing cultural respect or ethnicity respect or anything like that would be completely asinine because we have done that very, very strongly.”

However, Lavoie said he understands anti-Black racism in schools because he was a victim of regular violence in the Montreal-area suburb of St. Jerome and got the “the talk” about what he may experience from his mother.

“She wasn’t able to protect me from what hit me, but she certainly tried,” he said.

“I had a very difficult time through the school system. There was plenty of intimidation, plenty of beatings.” 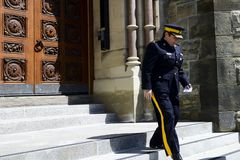 Ontario appoints supervisor to take over Peel school board after it fails to address systemic anti-Black racism
June 22, 2020 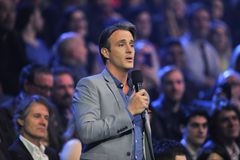