My father turns 71 this year. He raised two sons, my older brother Mike and me, and has five grandchildren. He has never read a parenting book. He never thought about what kind of father he wanted to be. He is the best dad I know, the example I try to live up to as I raise my two kids. Our experiences of fatherhood seem so different. But have the fundamentals of being a dad changed from his generation to mine? I recently sat him down to discuss what it’s been like for him to be a dad, what his regrets have been and what it is to be a good father.

Did fatherhood scare you?

Your mother told me one day she was pregnant and I went, ‘Okay, that’s great.’ But then when the baby was born, this little thing so fragile you could hardly hold it. I thought I was going to break it. But I adapted to it.

Do you remember thinking what kind of father you wanted to be?

No, it never occurred to me what type of father I would be. I just took each day as it came along and reacted accordingly.

Do you think that was typical of men of your generation?

I think so. When your mother was giving birth to your brother, I was reading a book. Your mother wanted me to time her pains but I couldn’t be bothered so the nurse threw me out of the delivery room.

Have you ever read a parenting book?

Have you ever read a book on fatherhood?

What kind of dad would you say you’ve been?

I’ve never given any thought to what kind of dad I was. I don’t know if there’s a standard you can measure yourself against. I just took it naturally. You love your children, you want to take care of them. You want to be protective. You want to be encouraging and help them.

What have been your happiest moments as a dad?

I remember when you were babies. I used to get up in the morning. Your mother would be sleeping. You’d be awake and standing in your crib with your arms in the air wanting to be picked up. You’d be wearing one-piece pyjamas. I picked you up and you smelled of baby powder. I used to take you out, change your diaper, sit you in your high chair and feed you breakfast while I had my breakfast. When your mother got up, I would take off to work.

The only regret I have is, I should have spent more time with you guys when you were children. We were immigrants with no one to depend on. If we got ourselves in trouble, we had to bail ourselves out. You had to stay on top of your job because if you lost your job, life would have been very difficult.

With me or Mike, did you take any time off work?

I think I took two or three days off with both of you.

Did you know any fathers who would take a month or two months to help look after a baby?

No. You just went back to work and women looked after the house and the children.

Fathers of your generation never fretted about what it is to be a good dad. We have much more time with our kids but worry so much about how we’re doing as dads.

What is it you question about yourself?

I worry often that I’m screwing my kids up somehow. That I should be more patient with them, or push them more. That I need to get them in to more programs and spend more even time with them. I worry that I’m too inconsistent with them. I’ll try to get my son to clean his room and tell him how important it is, but then the next day I give up when it’s still a mess.

You were the same. You wanted a dog at one time. I said to you, okay, all you have to do is keep your room tidy for two months and you can have a dog. That offer is still on the table.

Are there things you wish you had done as a father?

If I could do it all over again I would like to have not worked so much and spent more time with my kids in the early years. You grow up so quickly and the moment is past. You can’t rewrite it and you can’t go back again. It was an opportunity lost.

I realized only later. At the time I took it for granted that it was your mother’s role to bring the children up and my role was to provide the income. It’s a different world now.

Sometimes, I worry that I am harder on one of my kids than the other because one is much more stubborn and the other is much easier-going, although I know it’s not fair. Do you think you treated Mike and me differently?

I remember when I used to help him with his homework – I’m not the most patient person. I would lose my temper. I’d want to know why he couldn’t do what I was asking him to do. But I don’t remember fighting with him too much. You were different. I used to call you Mr. Smooth. You would just say, “Yeah, you’re absolutely right, no problem, I’ll remember that,” and just go and do whatever you wanted to do rather than have the confrontation. You’re still that way.

And because of that do you think I got away with too much and Mike didn’t get away with enough?

No, not really. I think the fact that you were the second child – parents are more relaxed with the second child than they are with the first. Even though your personality was more convenient for us, we didn’t treat you any differently than we treated your brother.

What do you think of Mike and me as fathers?

What do you want for Father’s Day?

I don’t want anything. All I ever want is for my sons to call and wish me a happy Father’s Day. 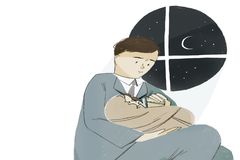 Author Michael Chabon tackles the difficult conversations of fatherhood
May 22, 2018 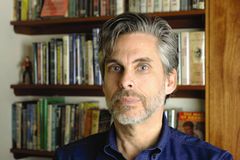