When Emily Oster, an economist at Brown University in Rhode Island, became a mother, she decided to analyze the actual data on contentious parenting issues such as breastfeeding, sleep and screen time.

What she found was that in many cases, the effect of different decisions was statistically small. Breastfeeding versus formula – for children, it didn’t much matter in the long run. Letting a baby cry it out didn’t ruin them. In reasonable doses, screen time didn’t melt your child’s brain.

It was fine, she concluded in her recent book, Cribsheet, for loving parents to choose what worked best for their families, including easing their own stress.

In other words, her findings gave anxious parents permission to practise self-care.

She’s not the only one saying so. According to sociologists, economists and psychologists studying families, our child-centred society has lost sight of one of the most important ingredients for healthy, happy children – healthy, happy parents.

“There need to be many more messages that you can ease up, that it is really okay to let go," says University of Calgary sociologist Gillian Ranson, who interviewed Canadian parents for her 2018 book, The Parents and Children Project: Raising Kids in Canada Today.

Many of the parents Dr. Ranson met felt battered by conflicting “expert” advice and judged to an impossible standard – vilified for hovering, shamed for not being present enough. The responsibility to ensure their children’s financial futures was overwhelming. They were reluctant to admit they needed help.

Parenting is a demanding job with long hours and arbitrary performance reviews; the result, according to research by psychologists in France and Belgium, is that, at any given time, roughly 7 per cent of parents are suffering from burnout. The researchers defined the symptoms of burnout as severe exhaustion, taking no pleasure in parenting and distancing themselves emotionally from their children. Mothers suffered more often, but fathers accounted for roughly one-third of the cases.

Parents most at risk were highly invested in their children, aiming to be perfect and with fewer social supports. Depression and anxiety were also common – both as a risk factor and a consequence of burning out. But the consistent trait across the group was high levels of guilt; these were parents who couldn’t measure up to their own standards, let alone society’s.

In one study, researchers interviewed mothers whose responses to a psychological survey suggested burnout. Their stories were full of despair – they had lost interest in their children, they fantasized about running away, they thought their families would be better off without them.

But unlike job burnout – deemed a mental illness last year by the World Health Organization – parents can’t resign. They can, however, resolve to take it easy on themselves.

For starters, that means never buying another parenting book, suggests David Anderegg, a psychotherapist at Bennington College in Vermont, who first wrote about parental anxiety back in 2001, in a book called Worried All the Time: Rediscovering the Joy in Parenthood in an Age of Anxiety.

“My advice was not to listen to advice,” he says – a position, he suggests, that today’s parents need to hear more than ever.

“There are no best practices,” he argues. Parenting is presented falsely as a science, he says, when it is really about values. “Parents need to ask themselves: What is the best for me and my family?” This question includes parents taking care of their own needs.

“You cannot be a decent parent if you have no life of your own,” Dr. Anderegg says, “because you have nothing to communicate to a child about why they should grow up.”

There’s little data specifically showing that kids are happier when parents take more naps or find a fun hobby. But plenty of studies point to the negative effect of parental stress on a child’s self-esteem, mental health and sense of security, in part because highly stressed parents are more likely to adopt harsh or inconsistent discipline. A 2009 American study found a link between depression among teenaged girls and stress in their families and a more controlling parenting style. A 2017 experiment published in the scientific journal Emotion suggested that babies whose mothers suffered from anxiety paid more attention to negative distractions in their environment than positive ones.

In the past, parental burnout has been studied in particularly vulnerable families where children are ill or have disabilities. This latest research looks at parents whose children are healthy and neurotypical, finding that society’s high expectations of parenting – and an emphasis on early brain-development – adds pressure to parents in general.

A mother of a young boy interviewed for the burnout study said she was aware “that everything I do contributes to his personality. So, what if I am wrong?" Another mother said she felt guilty when not playing with her children because “it is widely accepted in our society that a mother should not leave her child sitting in front of the television.”

While most research to date has focused on mothers, fathers aren’t immune. A 2018 study that analyzed a national sample of Canadian parents found that both mothers and fathers who felt they weren’t spending enough time with their children had poorer mental health and more sleep issues.

Piling the guilt on parents, suggests Glenda Wall, a sociologist at Wilfrid Laurier University in Waterloo, Ont., ignores the social forces that structured parenting as this intensive, all-consuming, high-stakes enterprise, one that puts lower-income families at a particular disadvantage. “The needs of parents – and couples – has disappeared,” she says. “It’s not acknowledged that, of course, you are going to be depressed if you are under all this pressure and have no time for yourself.”

Parents alone can’t fix an uncertain economy, create family friendly workplaces or improve access to mental-health services. So, for now, reducing parental burnout falls largely to mothers and fathers themselves, and the choices they make.

Dr. Ranson urges parents who are struggling to cope to seek help – even it means confessing to a friend. Dr. Wall reminds parents to be “a little selfish sometimes,” and to see self-care as a parenting practice that makes life better for their children.

Dr. Anderegg breaks his own no-advice advice to make one other suggestion: Find a trusted babysitter.

And don’t feel guilty about it. 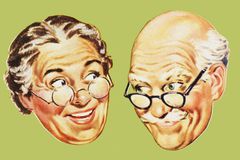 A very minimal Christmas: Cutting out the shopping, stress and debt
December 15, 2019 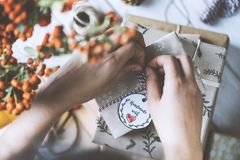 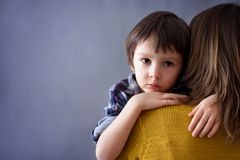