As a nanny, 23-year-old Ana was prepared to deal with tears, name-calling and the silent treatment while on the job. She just did not expect to witness it between her employers. When the couple who hired her split up last year, she often felt caught in the middle.

Some days, she struggled to keep both parents happy as she took care of their toddler son in downtown Toronto. Other days, the entire household felt bogged down by a general sense of sadness. And on particularly awkward occasions, one parent would bad-mouth the other in front of her or ask for information about their spouse.

"It was just very traumatic for everybody – for the kid, for the nanny, for everybody who lived there," Ana says, noting she tried to stay out of the couple's personal affairs as much as she could. (Because of the sensitive nature of the issue, she requested that her full name not be published.) "I would just try to keep my opinions to myself."

As Ana discovered, divorce adds a whole new set of challenges to a nanny's job. In addition to regular child-minding duties, a break-up requires nannies to adopt the role of domestic diplomat, dodging highly-charged conflicts without taking sides. Yet amid the turmoil, nannies can also become a much-needed source of stability for the children in their care. And navigating the chaos can strengthen the nanny-child bond.

Royal nanny Olga Powell's reassuring presence through the highly publicized breakup of Prince Charles and the late Diana, Princess of Wales, is believed to have helped Prince William and Prince Harry cement their relationship with their long-time caregiver. Prince William, the Duke of Cambridge, pulled out of several official engagements to attend Powell's funeral this week. According to The Telegraph, Powell, who died last month at the age of 82, started looking after Prince William when he was six months old. She worked for the royal family for 15 years, helping the princes get through their parents' troubled marriage and eventual divorce.

"In the circumstances of divorce, the nanny is kind of that one stable factor," says Kellie Geres, a veteran nanny with more than 20 years of experience, based in Washington, D.C., who has served three households through divorce. When their home life is in upheaval, "the children recognize that … there is somebody that they can count on, and I think the parents also recognize that too."

Ana and her young charge have become close over the past year. "From the beginning, I loved him very much because he was such a lovely kid," she says, noting the challenge of protecting and caring for him during his parents' separation may have amplified those feelings. Ana now works exclusively for the parent who moved out with the child, and rarely has contact with the other.

Given that roughly 40 per cent of Canadian marriages end in divorce, dealing with employers' break-ups is not uncommon for child caregivers. In fact, Martha Scully, founder the online database CanadianNanny.ca, based in Nanaimo, says in recent years she has seen a growing number of divorced and separating couples register on her site together to find a nanny who can provide consistent care in their fractured households.

But even though they may be willing to co-operate during the hiring process, that does not necessarily make it easier for caregivers to avoid strife among exes. Scully says she often hears of parents giving their nannies conflicting directions – a problem that can be compounded when couples remarry, bringing more opinions and expectations into the mix. (Geres says it helps if parents can decide that one of them is the boss, so even though the caregiver may update all the adults with their children's activities and progress, she needs only answer to one.)

Some nannies also get stuck doing double duty, cleaning and doing chores for two homes instead of one. And since some employers treat their nannies like members of the family, it can be hard for them to resist dishing the dirt on the exes. Defining the boundaries of the nanny-employer relationship can be tricky at the best of times.

Even among couples who are not going through divorce, relying on hired help can bring up parents' feelings of guilt or concern that their roles are being replaced. Scully often hears mothers worry: "Is the nanny going to start looking like Mom to the baby?" These fears can worsen when parental roles change during divorce; when, for example, a stay-at-home parent is required to find work or a parent spends less time with the children after moving out.

"When parents express that worry to us, I always say you can't have too many people who love a child," Scully says. "So let's say the child really loves a nanny. Is that such a bad thing?"

Deborah Moskovitch, Toronto-based divorce coach and author of The Smart Divorce, says that far from taking over her role, the family nanny gave her more time to spend one-on-one with each of her children when she went through her own divorce.

Through her work with clients, Moskovitch has observed that employers need to be wary of the nanny aligning with one party or the other in a divorce.

"She knows what's going on," Moskovitch says. "So it's up to you, the employer, to not share too much information. … If you need a sounding board or someone to vent to, the nanny is not the right person."

Offer your support, but do not try to be the marriage counsellor.

Stand up for the children's best interests.

Never vent to the nanny about your spouse.

Agree to a single employer to ensure the nanny is paid regularly and that the job expectations are clear. This is particularly important if there are second marriages involved.

Include the details of the nanny's employment in your parenting plan and separation agreement. This includes who will pay for the childcare and how the nanny's schedule is to be divided.

If a divorce requires you to let your nanny go, explain to the children that it is all part of the changes.

Parents expecting more from babysitters - and paying more too
April 30, 2018 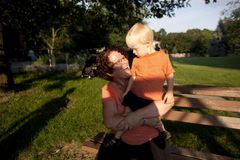 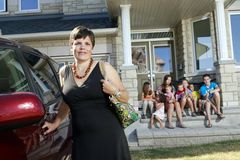 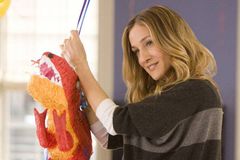