One day, the kids in my Grade 12 English class were really unsettled and I couldn't figure out what was going on. There was some giggling, and one of them kept looking down at his lap.

So I said to him, "Have you got your phone down there? Are you texting? What are you doing?"

After some cajoling, he held it up. They had found a baby squirrel on the school property, and this student had been carrying it around in the hood of his hoodie. It turns out they had gone over to the mall at lunchtime and had bought a baby bottle and they were feeding it milk from the bottle.

I should have keyed in because it was warm out and he was wearing a hoodie. It had nestled down in there in the hood during the day, and then he had transferred it into the little pocket in the front when he was trying to feed it.

I'm a pretty good-natured, easygoing person and they're a lovely, lovely group of kids. It was honestly quite cute, but I was really just shocked. I was like, "You can't have a baby squirrel at school!"

The kids in the class were laughing hysterically because they all knew, of course. They were co-conspirators in the baby squirrel shenanigans.

So we got a little box and fluffed it up with tissue and stuff. I took the box and put it on the counter. The student texted his dad, so his father came and picked up the box with the baby squirrel in it and took it home.

Because it was near the end of the school year, I don't know what happened to it afterward. I don't know if it survived or if it lived to see another season in their backyard.

I know it seems strange to the average person, but it's actually not that uncommon for kids to carry animals with them at school. They're not actually allowed to, and we don't condone it, but we've had many instances where a kid, especially girls, would carry around their pet mice or rats because they're fairly common pets. And they hide them either in their hoodies or they hide them in their cleavage.

We had a case where one girl came into the office at lunchtime and said, "I've been holding my friend's pet rat all day and now she's left school, but I have phys ed and I don't know what to do with it." So we had to put the rat, again, in a box and hold it at the front office until somebody came to pick it up.

An elementary school principal in St. Catharines, Ont., who requested to withhold her full name to protect the identity of the student and his family

After more than 30 years of teaching I still remember an incident from one of my earliest years. The first bell had rung and my Grade 2 students were busy putting their things away in their lockers.

That morning there was so much more noise and chatter than usual, so I went to investigate. As soon as I appeared, all of the boys quickly left to take their seats. I knew something was up because they all ran away. There was just one boy left standing there in the hallway with a deck of cards.

It was just a deck of cards, I thought. So I took them away and a few minutes later I looked at them, and I realized, "Oh, that's why they were so interested."

There were pictures of a naked woman on each card – the same woman, posing in different positions. Hours later, I took another look because I couldn't help myself, and I realized: "Oh, my God, it's his mother."

To be honest, I'm ashamed that at the time, I was very judgmental and thought, "Isn't this awful?" But now that I've had a lot more years behind me, I'm hopefully less judgmental.

I sent the cards home at the end of the day in a brown envelope, explaining to the boy this was an item to stay at home. He was kind of sheepish. He didn't say much. I think he was kind of relieved to get them back.

I never saw the mother again, until one day flipping through channels I saw her on Speaker's Corner, explaining the virtues of lap dancing.

While I found the situation humorous, this is what I've learned over the years: Every mother loves their kid, and every mother will do whatever it takes to raise their kid the best they can.

A teaching living in Kingston

As we were tidying the class a few minutes later, he was just sitting there with a bottle of what I initially thought was apple juice on the corner of the table. I picked it up without saying anything and as I was taking it to the back of the class, I thought, "Oh, my God, this is so warm. Please let this not be what I think it is."

I called him over because I didn't want to call him out in front of anybody and I didn't want to freak out the rest of the class either. He just sort of looked at me, and I said, "Is this what I think it is?"

Then, it hit me that this happened right in the middle of our class, at a table of mostly girls, under my nose.

He said he wanted to take it home.

I said, "I think I'd like to keep it and I want to check in with your mom." So I called her. I explained the circumstances and I asked her if we could meet at some point with the student.

So she came in and she was not happy. Not happy at all.

I ended up dumping out the bottle. Threw some bleach down the sink, cleaned out the bottle and recycled it. But I did take a picture of it for my teacher memory book.

I can't look at the school lunch-sized apple juices any more without giggling.

Retired elementary teacher and principal who taught in Calgary and now lives in Nanton, Alta.

This kid in my Grade 4 class was always one of these little boys. He was a little monkey. He was always getting into trouble and always doing something that was silly.

As I got more experience with teaching, I got less fussy about this kind of thing. But he had these plastic dinosaurs at his desk and he was always playing with them. So I said to him, "You need to give them to Madame Lise, and at the end of the day, you can have them back."

So he got his dinosaurs back. But in retribution, he took my keys, which I had a habit of leaving on my desk, and he hid them.

I knew it was him. I knew he'd taken them. But of course, you couldn't prove it.

I scrambled. I looked everywhere. I even looked in his desk because I thought, "I know that little bugger has taken those keys." But no. No, they were nowhere to be found.

That was back in the day when you didn't have a remote or anything to get into your car. So I had to get my husband to come bring me an extra pair.

I eventually found them at the end of the year in a plant pot when I was cleaning up the classroom. He had actually buried them. Of course I never would have thought to look in the plant pot, so he got one back at the teacher, for sure.

I learned a good lesson. I ended up becoming a principal and I'd always tell my teachers: "Do not leave your keys on your desk because you never know, if some kid gets ticked off with you, what they might do."

I never forgot his name. I'm sure I confiscated a lot of things over the years but that one stuck in my mind because I actually suffered for it.

A high school teacher in the Kawarthas in Ontario, who declined to be named to preserve good relations with his colleagues

I was standing just outside my classroom, and I saw the telltale cloud of a vapour going up from a group of students in the hall.

I began to make my way toward them with purposeful yet measured strides. I wasn't about to stand there in front of the entire group, trying to get them to fork the vaporizer over and wasting time with accusations and denials. No, I would've said, "Hey guys, you know better. Put it away."

But one of them peeled away and ran down the hall, surrendering the safety of the crowd. That made it obvious who it was. He ducked into a nearby class. I followed him in, asked him to produce it, and told him he'd have to talk to the vice-principal.

While I was doing this, I realized it was one of my fellow teacher's sons. As a professional courtesy, I would have rather told her first before taking it upstairs. So I felt embarrassed.

I told my colleague about it right away. She was okay with it; she wasn't upset with me. But I had to explain what vaping was. She wasn't aware her son was doing that.

It's one of those changing trends. I'm sure once there's marijuana legalization, the principal will have to remind everyone that falls under the smoking guidelines: not in and around the school. But you know, kids test limits. 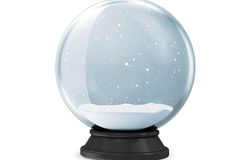 From kindergarten to university: Back-to-school tips and advice for parents
September 2, 2016 The pitfalls and perks of having your parent as your teacher
August 18, 2016
Follow Wency Leung on Twitter @wencyleung
Report an error Editorial code of conduct
Due to technical reasons, we have temporarily removed commenting from our articles. We hope to have this fixed soon. Thank you for your patience. If you are looking to give feedback on our new site, please send it along to feedback@globeandmail.com. If you want to write a letter to the editor, please forward to letters@globeandmail.com.
Comments