That sounds like a trick question, but it's not. Currently in the United States, the answer for nearly one in 10 parents is – rather startlingly – no. They're holding their children back from school a year in the hope that the children will attain academic and physical advantages over their peers. The practice is known as "redshirting," from the sports term that refers to benching freshmen players for a school year until they grow to their full athletic potential.

Since the publication in 2008 of Malcolm Gladwell's bestselling Outliers, which detailed how age-related physical advantage works for elite young athletes progressing from the minor-hockey ranks to the NHL, competitive parents have decided to apply the theory to kindergarten. Redshirting has grown popular in the United States. In Canada, it is on the rise in western provinces, particularly Alberta, where school boards allow parents more discretion over when their kids start school.

Here in Britain, where children start full-day kindergarten at age four (as they do in many Ontario school districts), the government has just announced that parents of summer-born children will be allowed to delay their kids' entrance into school for a year. It's a recommendation that, if voted into law, could have serious social ramifications for years to come.

In Britain, the school age cut-off date is September 1 (as opposed to December 31 in most Canadian provinces). My own son was born in August, so he is a prime candidate for redshirting. He'll likely always be one of the youngest kids in his class, which some think leaves him vulnerable to everything from bullying to trouble learning as quickly as his peers.

We're not going to be holding him back, though. There's no solid research identifying sweeping benefits from redshirting in school, while there is plenty of evidence to suggest that it could actually disadvantage your child in the long run. What's more, redshirting could exacerbate problems in the school system as a whole.

Professor Samuel Wang is a neuroscientist at Princeton and the co-author of Welcome to Your Child's Brain. "There is no evidence that holding back a child from entering school does him/her any good in the long run," he told me this week. "In fact, if a child is in the normal range, he gets a small advantage from being the youngest in a group, as opposed to the oldest in a younger group."

The notion that you give your children an advantage by holding them back from the outset does intuitively seem a bit daft – like something out of the helicopter-parent handbook (wrap them in cotton wool for maximum fun on the playground!). According to Wang, the trend is a good example of how overanxious parenting can backfire in the end.

"Basically kids get a lot out of being with one another, either because of competition, because they learn from each other, or some other reason," says Wang. "Just as you don't pick a tennis partner who is worse than you, kids benefit from having classmates who are slightly more intellectually and socially advanced than they are."

Redshirting isn't based on total delusion. Many elementary school teachers quietly encourage the practice because older children are often easier to handle. And it's been proven that mature children initially produce higher test scores than younger peers in their cohort.

But after junior school, research shows that the statistical advantages of being the oldest in class begin to fade, and problems emerge. According to some U.S. studies, redshirted kids underperform academically in high school and are more likely to drop out. As adults, Wang points out, "they are no better off in wages or educational attainment. In fact, their lifetime earnings are reduced by one year."

Which brings us to broader questions: What sort of human beings are we trying to raise anyway? And who says the most expedient way to ensure our children's success and happiness is by carving out an advantage over everyone else? This sort of thinking – dubbed the "rugrat race" in early childhood education circles – can only lead to an inhumane, results-obsessed society that I don't want my kids to grow up in anyway.

Studies suggest the families that tend to redshirt their kids are almost invariably advantaged from the outset. This means that if the number of held-back students continues to grow, the most disadvantaged children – the children of non-English-speaking immigrants, or of overextended, low-income parents who typically don't game the system to their advantage – will end up as the youngest in their cohort every year. According to Wang, this might actually help them in the long run. But is it a risk that we, as a society, really ought to take?

I think it's instructive that few experts seem to condone redshirting wholeheartedly. Even Elizabeth Dhuey, the associate professor of economics at the University of Toronto whose studies on age difference and achievement in school children have been widely used to justify the practice, isn't keen. "My research does not show that redshirting is beneficial – it shows that being relatively old in a cohort is beneficial. It sounds like a tiny distinction, but it's actually really important," she told me.

What is empirically proven, however, is that class advantage plays a much larger determining factor in your kid's future success than anything else. Things such as good nutrition, economic stability and parents reading and talking to children every day are, says Dhuey, far more crucial when it comes to achievement.

In a way, redshirting is a bit like taking vitamin supplements. The benefits aren't proven, but those who take them tend to be healthy in a myriad of other ways, and so provide the illusion of value. As Dhuey puts it with a laugh: "If you're worried about the issue of redshirting, chances are your kids are going to be fine whether they are redshirted or not."

Parents, it’s not just the kids who need to step away from the screens
August 27, 2015 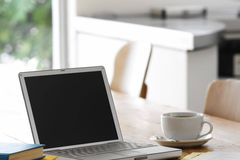