From the moment he woke up each morning, Gabriel Koerner resisted going to school. By the time he was cajoled out of bed and went to use the toilet, Gabriel would be sobbing. At the sight of his school bus arriving to pick him up, he’d try to run away.

After years of seeing her son struggle at elementary school, Lianna Koerner decided to pull him out of the third grade and try homeschooling. It turned out to be the best decision for Gabriel, who has Down syndrome. He is now a happy, confident 11-year-old. (In a phone interview, he enthusiastically named several friends he has made within his Ottawa homeschooling community, with whom he has “sleepovers and stuff.”) But it didn’t come easily.

Koerner and her husband had envisioned their son growing up and attending school with his same-age peers. Besides, many parents before them had fought hard for the right to have their children with disabilities attend mainstream schools.

“We just wanted him to grow up in his community and be accepted for who he was because we accept him for who he [is],” she says. “School was supposed to be his social community, and it was the exact opposite.”

Though they may be carried out with the best intentions, attempts at inclusion often don’t work out in reality. For young people with disabilities, the experience of attending supposedly inclusive schools and programs can be anything but.

The right to education for children with disabilities is protected by international treaties, such as the 2006 United Nations Convention of the Rights of Persons with Disabilities. And over the past few decades, many parents have petitioned their school boards and, in some cases, have taken their local school boards to court to have their children placed in mainstream classrooms. Yet in spite of the struggle to free kids from the stigma of “special ed,” the often harsh reality of the schoolyard has left some parents and young people wondering if mainstream classes are really where they fit in. 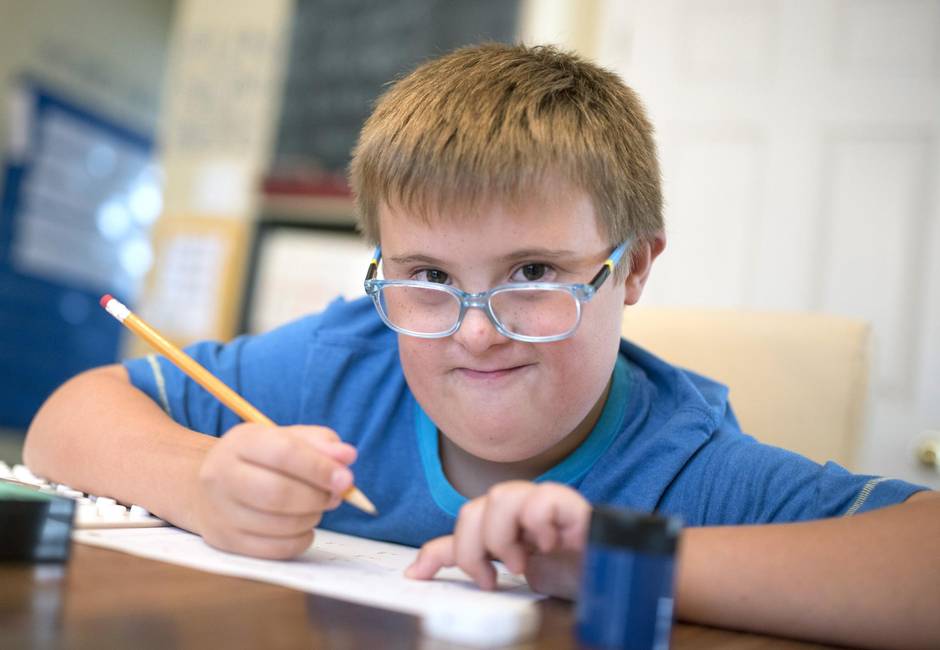 Gabriel Koerner, 11, works on math worksheets at home in Ottawa on Wednesday, Aug. 24, 2016. (Justin Tang for The Globe and Mail)

Although they may share the same physical space with their typically developing peers, many young people with disabilities find themselves socially excluded, relegated to the sidelines or the back of the classroom and present as observers rather than full participants.

While some young people express a greater sense of belonging in segregated settings among others who also have disabilities, parents and advocates are calling for a re-examination of how we think about inclusion. Does our idea of inclusion require those with disabilities to try to be as “normal” as possible? Or are differences truly accepted and not just tolerated, but embraced?

“One important but … discomfiting kind of finding from my work was the number of young people who said that they felt in social interactions, particularly with strangers, they were often treated as if they weren’t even human,” says Toronto occupational therapist Dr. Gail Teachman, a postdoctoral fellow at McGill University who focuses on childhood disability.

Gabriel, for example, was always closely shadowed by an educational assistant while his schoolmates played in the schoolyard and participated in class freely. His parents received frequent reports about his negative behaviours. He was moody, he had lost much of the confidence he once possessed as a preschooler and he was constantly acting out.

One day, while he was in Grade 1, Koerner recalls dropping in during lunch break, and seeing Gabriel sitting at a near-empty 48-inch-wide table beside a supervising teacher. All around him, other tables were packed with children sitting together.

The sight of her child eating alone was both frustrating and devastating, Koerner says. “He was obviously left out.”

Teachman devoted her recent PhD research to understanding how young people with disabilities experience inclusion and exclusion; her work was awarded the Governor-General’s Gold Medal earlier this year. She sought the input of a group whose perspectives are very rarely represented in research. She interviewed 13 high-school students who are limited in their verbal communication, but rely on augmentative or alternative communication, such as electronic devices or parents who can interpret their non-verbal cues. 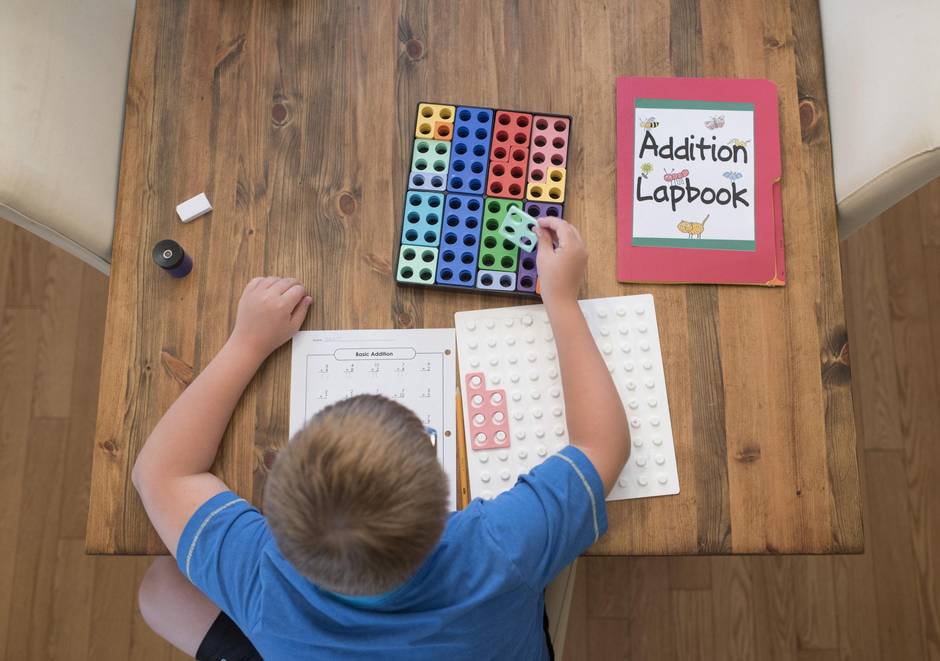 Gabriel Koerner, an 11 year old with Down syndrome, uses numicon blocks as he works on homework at home in Ottawa on Wednesday. Attending inclusive classes at a nearby school caused Gabriel distress, prompting his parents to switch to homeschooling. (Justin Tang/The Globe and Mail)

Teachman found that even in supposedly inclusive settings, young people with disabilities often come up against all kinds of hurdles, ranging from the inability to use computers designed for their typical peers to the struggle to be recognized as people and to be valued.

In her doctoral thesis, Teachman documents the comments from one participant, identified as Jamila, 17, who uses a speech-generating device: “Most people assume that just because my muscles and lungs and stomach do not work the way theirs do, that my brain and heart and soul are disabled too.”

As a natural response to such discrimination, Teachman says, “Several young people said, ‘I don’t even really want to interact with those “normal” kids because it’s a negative experience for me.’”

Teachman emphasizes she’s not advocating for the return of segregation, nor does she propose any easy fixes. Rather, she cautions that inclusion is often more complicated than we assume. Some forms of inclusion actually perpetuate exclusion when we fail to put enough thought into our goals and to consider the perspectives of those we’re aiming to include. And the onus, she adds, shouldn’t have to rest on the families and children with disabilities.

“It’s at the social level that we want to promote change because families and children with disabilities shouldn’t have to work this hard,” she says.

Dr. Jacqueline Specht, director of the Canadian Research Centre on Inclusive Education and a professor at the University of Western Ontario’s faculty of education, however, says young people in inclusive classrooms tend to have more friends, are better off academically and feel better about themselves than in segregated classrooms.

It’s when inclusion is “not implemented properly, then of course the kids are going to have trouble,” she says.

Specht says respect for diversity needs to be introduced when children are young, with children working together and teachers encouraging friendships and promoting the idea that differences are acceptable. Adults should also be mindful that they’re not creating situations where kids are isolated, she adds. For instance, educational assistants can sometimes stand in the way of peer interaction, she says, especially among young teens who don’t tend to want to be hanging around an adult. 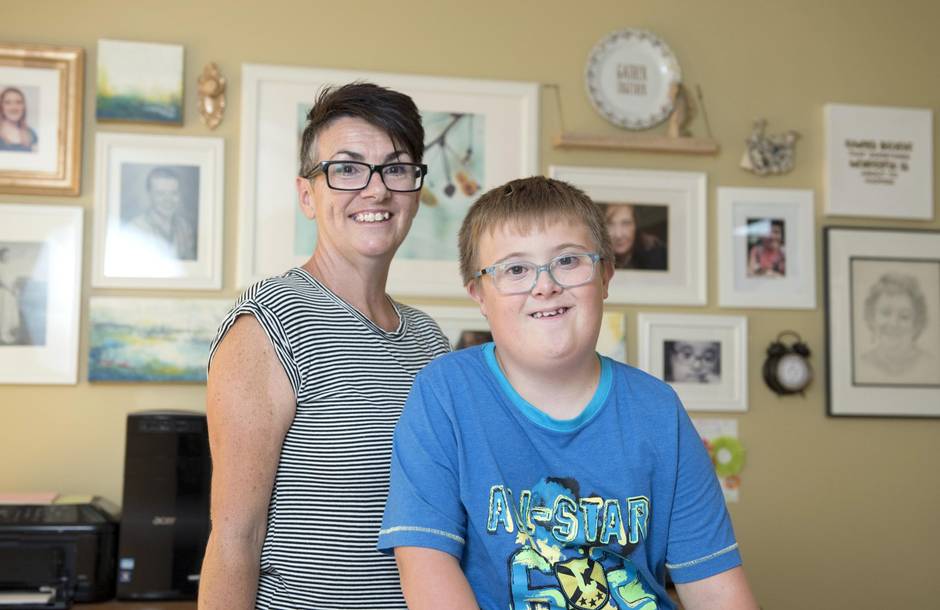 Lianna Koerner says that her son, Gabriel, began demonstrating negative behaviours at school and that she was both frustrated and devastated seeing him sit alone at lunch. (Justin Tang/The Globe and Mail)

“If the person in your class has an educational assistant that’s sort of Velcroed at the hip … then it’s harder to have those friendships occur because there’s always an adult there,” she says.

Specht points out that even though provincial governments, such as Ontario, say they aim for inclusion, school boards still have segregated classrooms and segregated schools.

What’s needed, she says, is a change of mindset “that all people belong and all people are valued.”

One of the tricky things about creating policies for inclusion and applying them is there’s no one approach that will work for everyone, says Marcy White of Toronto, whose son Jacob Trossman, 14, was born with a neurodegenerative disease called Pelizaeus-Merzbacher disease.

White – who’s written a book about her son, The Boy Who Can: The Jacob Trossman Story – lobbied hard to have Jacob attend an inclusive class at a mainstream public school. In spite of the resistance White encountered from school board officials, Jacob has thrived among his typically developing peers, she says.

“I find he has more in common with kids his own age, who are typically developing who can run and walk and speak, even though he can’t, than he has with other kids of all different ages who are all in wheelchairs and who all have some form of disability,” White says.

But she recognizes other children may not respond in the same way under the same circumstances. “It comes down to not having a cookie-cutter approach and tailoring the situation to the child,” she says.

There are, nonetheless, at least a couple of universal ingredients to achieving inclusion that parents, advocates and young people agree upon, and those are having an open mind and making a sincere effort to get to know individuals with disabilities. 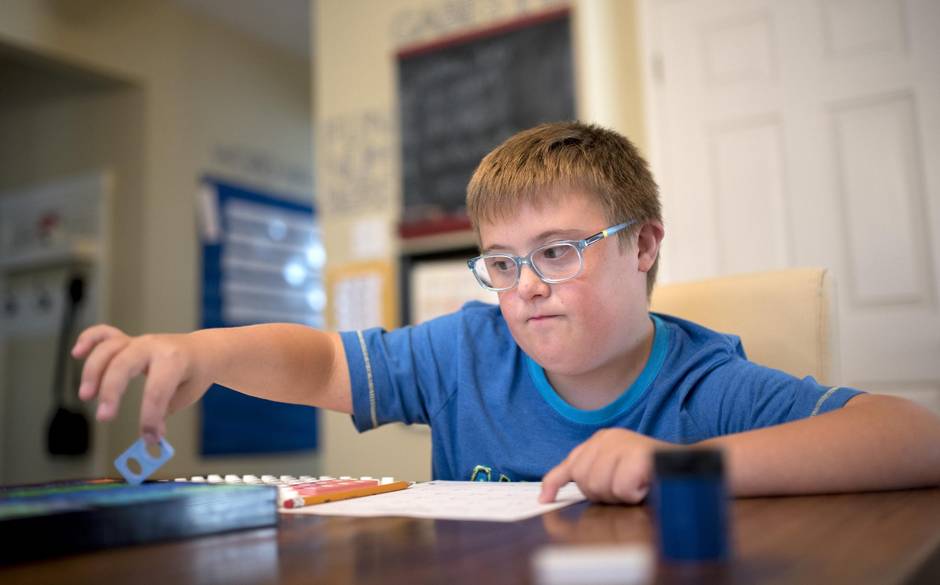 Gabriel Koerner, 11, uses numicon blocks as he works on a math worksheet at home in Ottawa on Wednesday, Aug. 24, 2016. (Justin Tang for The Globe and Mail)

In Vancouver, Sue Robins recently visited the special-education class her son Aaron Waddingham, 13, will be attending for Grade 8 in September, and was surprised to find it much more inclusive than the community education model in which he’s been enrolled in from preschool to Grade 7.

“It was like a welcoming environment, like everybody belonged there,” Robins says of her initial impression of the special-ed class.

By contrast, she says, in the mainstream school setting, Aaron, who has Down syndrome, was often in the back of the classroom or a separate resource room with his educational assistant and one other student with special needs.

Asked about how he feels about starting his new special-education high school, Aaron says he feels “a little bit nervous.” His mother, on the other hand, was relieved to see the staff there seemed to try to understand the students and their behaviours.

“What I worry about is, of course, it is segregated from the rest of the school population, and the world is not like that,” she says. “When Aaron graduates, he will become part of all of us.”

Aaron Waddingham, 13, may have been socially excluded in the classroom, but on the basketball court, he was able to shine.

Waddingham’s time on the Grade 6/7 boys’ basketball team was arguably the most inclusive experience he’s had, his mother Sue Robins says. Here’s why.

A sense of belonging

Aaron was a fully participating member of the team, not relegated to the bench as the team manager or as a “water boy.”

He didn’t miss a practice, or a game, and scored several baskets throughout the season.

Without being prompted, teammates and opponents made slight accommodations, such as allowing him to pass from out of bounds and waiting a couple seconds for him to make a shot, rather than snatching the ball from him.

While Aaron’s coach may have nurtured a sense of inclusion, these accommodations happened organically and were not forced.

Aaron won the team’s most-valuable player award at the end of the season, because, as his coach says, he was the most valuable player.

He taught the others important lessons about teamwork – that everyone is different, that teammates have to help each other out.

And in the end, the team performed well in their standings.

“Aaron didn’t hold them back, which I think is the biggest fear with including kids [with differences] in sports activities,” Robins explains.