The bologna sandwich is one of those quintessentially North American foods, like hamburgers or processed cheese. Generations of Canadians have grown up eating them. A slab of gummy mystery meat slapped between two slices of squishy bread, it is the star attraction of the archetypal brown-bag lunch. Or at least, it used to be.

These days, September is open season for bologna bashing. As parents send their children back to school, advice abounds for how to avoid boring ol' bologna; the goal is to pack healthier, prettier, tastier and more creative lunches. Parenting magazines, websites and even this newspaper present aspirational photos of precious bento boxes filled with lovingly curated crackers and itty-bitty pieces of fruit and veg arranged to look like baby seals and kittens. Food companies shill colourfully packaged snacks such as cheese strings and pudding cups. Dietitians emphasize the importance of whole grains, fibre and variety.

Even the lunch-meat industry is making an effort to produce fancier fare. The Associated Press reported in May that the multibillion-dollar business received a boost in sales during the recession as more people packed brown-bag lunches. It noted the hot trend in cold cuts is to offer more sophisticated deli options, such as soppressata, prosciutto and artificial-preservative-free roasted turkey.

But just because bologna is unfashionable does not mean that it deserves its bad rap.

David Richardson, editor of the British Columbia Medical Journal, recalls that he grew up eating bologna sandwiches day after day. "My DNA is bologna," he says.

In a editorial last year, Dr. Richardson marvelled at how his generation, born in the 1950s and 60s, is less overweight than younger generations, despite being raised on bologna, Wonder Bread, Cheez Whiz and the like. While he acknowledges that he wrote the editorial with tongue firmly in cheek, taking a playful swipe at organic and free-range foods, he does have a serious point. "If we really think about why this generation is more overweight, ... I don't think it's got so much to do with the food as it does inactivity," he says.

Bologna sandwiches are not ideal, he cautions, "but I don't think anyone has shortened their life expectancy" by eating them. Considering all the potentially harmful foods you and your family may be eating (a recent study found egg yolks are almost as bad for you as cigarettes), the occasional bologna sandwich probably will not kill you.

I will admit that I was never sent to school with bologna sandwiches. Now, I fear I may have missed out on a silly but significant childhood rite of passage: to be able to roll my eyes and lament, "Bologna sandwich? Again?" To me, the bologna sandwich is so lacking in effort, it's almost cool. It's an antidote to a culture that, at times, gets too hung up on eating right.

Tracie Wagman, a Toronto mother of two and publisher of the online directory Help! We've Got Kids, says parents can be ruthlessly judgmental of each other based on the contents of their children's lunch boxes. Sugary, tooth-eroding snacks are guaranteed to earn you the stink eye, but sandwiches that look like you could not be bothered probably will not win you points from the parent council, either.

"You want to say you don't want to judge, but everybody does," Ms. Wagman says, explaining that she believes this kind of scrutiny stems from parents' own insecurities. "By judging you, really they're judging themselves. Did I do the right thing? Did I not do the right thing?"

Ms. Wagman, who is not keen on all the unhealthy stuff in bologna, often makes soups or chili for her children, 7 and 10.

She received plain, utterly forgettable sandwiches for lunch when she was their age. "It was like, 'Here's your lunch. Take it or leave it,' " she recalls, acknowledging that there is something to be said for that old-fashioned albeit convenient approach. Still, it is not an attitude she intends to adopt because she would worry – for good reason –that her children would call her bluff and actually leave their lunches untouched.

Bologna is an acquired taste, yet those who like it love it. Oakville, Ont., foodie Kevin J. Phillips is an ardent cheerleader for the lunch meat. A Newfoundlander by origin and in heart, Mr. Phillips recalls that bologna was one of the few meat products available in his fish-reliant province when he was growing up in the 1950s. Bologna was cheap, easy to transport and preserved to last the winter, he says, noting that he still enjoys making sandwiches out of the pink, floppy stuff.

Bologna sandwiches are juicy, they are comforting and they are delicious, he says. They are not fancy – quite the opposite. But they will do the trick.

The difference between bologna and mortadella

Mortadella is a classic sausage of Bologna, Italy, made of pork that has been ground and minced into a fine consistency, then poached until quite firm.

A key ingredient to traditional mortadella is pork stomach, which gives it a distinctive flavour and natural gelatin, allowing it to be sliced very thinly, adds John van der Lieck, owner of the Oyama Sausage Company in Vancouver.

"Mortadella can be almost ethereal," Mr. Pelan says, while bologna "is disgusting." (Even so, he admits that he frequently ate bologna as a child. "I have to say, I didn't dislike it.")

Bologna is the North Americanized version of mortadella; it's typically made from cheap, low-grade ingredients, including fillers like wheat flour, milk proteins and carrageenans, a substance extracted from seaweed, and the meat is not always pork.

Although he is "not so fond" of bologna, Mr. van der Lieck says finer meats are not always tastier when it comes to making sandwiches.

"Believe it or not, if you were to make the fanciest sandwich with the fanciest cheese and the fanciest ham, it would not be a good competitor to a lesser sandwich, let's say with processed cheese and juicy bologna, because [for] a sandwich at the end of the day, juiciness is part of the appeal and top quality ingredients are quite often dryish."

Kevin J. Phillips, an ardent cheerleader for bologna, is compiling and creating 365 bologna recipes, one for every day of the year, for a personal cookbook project. He explains how to make the ultimate bologna sandwich:

"The thickness of the bologna is very important to the sandwich. If it's too thick, then the ratio of bologna to bread is too much. You've lost that special taste, you know? There's an art to it, right? The best bread is not sliced bread – no! You can use Texas toast, the thick slices. But normally I use homemade bread. 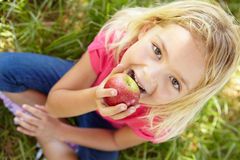 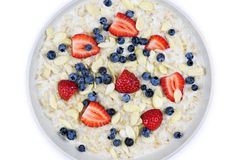 Working out the kinks in the first two weeks of school
September 2, 2012 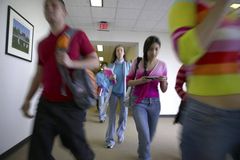