Kirstie Lannon, 22, is studying psychology and philosophy at the University of Victoria. She is a volunteer for the Victoria Brain Injury Society.

When I was five years old, I was with a bunch of friends in the yard on a winter's eve in February.

As I crossed the road to see some friends on the other side, I was struck by a car and was knocked unconscious.

Luckily, it was a doctor who hit me, so he was able to perform first aid. But I was in a coma for three days and suffered a pretty serious bleed. It resulted in a traumatic brain injury, and the effects have been most noticeable throughout school. That happened when I was in kindergarten, so I've been dealing with it my whole life.

Going back to school after the incident was awkward and uncomfortable.

You instantly notice people treating you differently. I had to have a support worker for the first six months, and kids are really quick to notice when something's different or not normal.

I remember the first day back vaguely. My mom had to come with me, and I only did half-days in kindergarten. I remember not being allowed to play in the sandbox, and all the kids were thinking, "Well, what's wrong with you?" And I thought, "Yeah, what is wrong with me?"

I suffered headaches and I couldn't balance on my own for a long time. (I still have zero balance in the dark – I fall over – and to this day I have night lights all over my apartment.) I can't write. My hand dexterity suffers from tremors, which are a type of seizure. Blanking seizures, which is when you're just staring into space, I don't have control over that.

And memory is also a huge problem.

I got through school with the help of tutors and a ton of adapted support. I never wrote a test in the classroom; I was always taken out of class and I wrote them in a learning-assistance room.

I've always had scribes, and still do now that I'm in university, though not as much as in high school.

But honestly, the most difficult part wasn't the actual memory issues or having to adapt to the effects of my brain injury.

It was the social aspect. I always got the same marks as them, but kids looked at me differently because I had to leave the classroom.

One of my most memorable experiences of that was in Grade 9. I left to go write a math test, and someone yelled out, "Can I come to the retard room?" They were young and stupid, but that comment really affected me. I remember going to the learning-assistance room and crying.

And I remember my learning-assistance teacher consoling me and saying, "Don't worry about it."

I would say I didn't enjoy high school because of that kind of thing. Kids thought I was the "slow" girl, even though I was always in sports. I played hockey and ringette.

The only thing that was different about me was how my memory worked, and kids were very good at pointing that out. The way I view my memory, my head is like a snow globe. So when you ask me a very specific question, it's like someone shakes up the snow globe and I can see the answer in my head, but I can't say it.

Family support really helped, and so did my tutors. But I'd definitely say I struggled, and I think I still do.

In university, I don't remember the finer details of some of my classes. I never take more than three courses, and most of the time, I get extra time for my tests.

If someone studies for two hours, I study for four. I basically do double what everyone else does.

When I finish school, I envision myself working with kids in my type of scenario. I was always tested every two years by a neuropsychologist to see about my academic progress, and there was always this woman, who was an occupational therapist or something like that, who would deal with me. And I always thought she was so patient and kind.

I want people to know that just because you learn differently doesn't mean you're any less smart than the next person.

Pinpointing the triggers helps us tackle my daughter’s anxiety
September 2, 2016 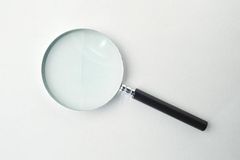 My daughter is off to university and I hope she carries her EpiPen
September 2, 2016 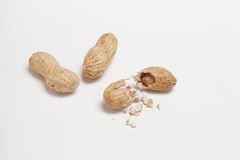 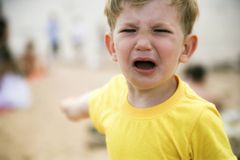